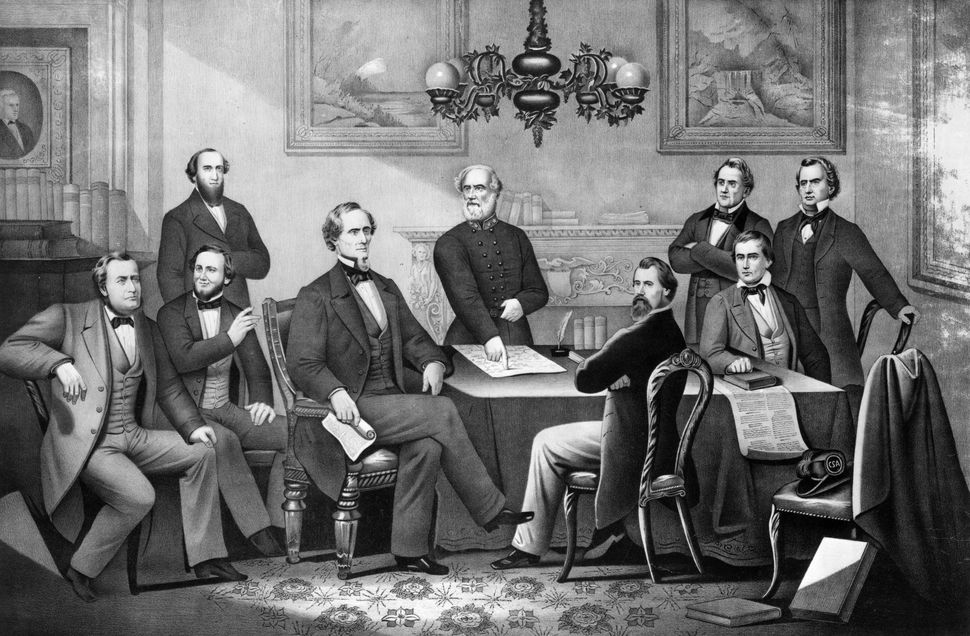 In 1842, Judah P. Benjamin stood inside a New Orleans courtroom and declared that “slavery is against the law of nature.” It was part of his winning argument as to why an insurance company didn’t have to pay the slave ship Creole’s owners after its cargo of enslaved people revolted and escaped.

Meanwhile, less than 10 miles away from the courtroom, more than 140 slaves were laboring in the fields of “Belle Chasse,” Benjamin’s sprawling sugar-cane plantation.

Such were the contradictions in the life of Benjamin, who was one of the most prominent and also one of the most reviled American Jews in the 19th century and who is now the subject of James Traub’s “Judah Benjamin: Counselor to the Confederacy.” Recently published as part of Yale’s “Jewish Lives” series, the book explores the forces that shaped the Jewish immigrant who was called “the brains of the Confederacy.”

Traub, who teaches foreign policy at New York University, says he wasn’t sure he wanted to write the book at first.

“I hesitated to write it because I wondered if someone should write a biography about someone like him,” Traub said. “However, he was an extraordinary person who nobody knows anything about. No one is celebrating Judah Benjamin; he was a gifted person attached to an evil cause, but, by examining his life we see the drama of assimilation play out as well as what slavery meant inside the life of one person.” 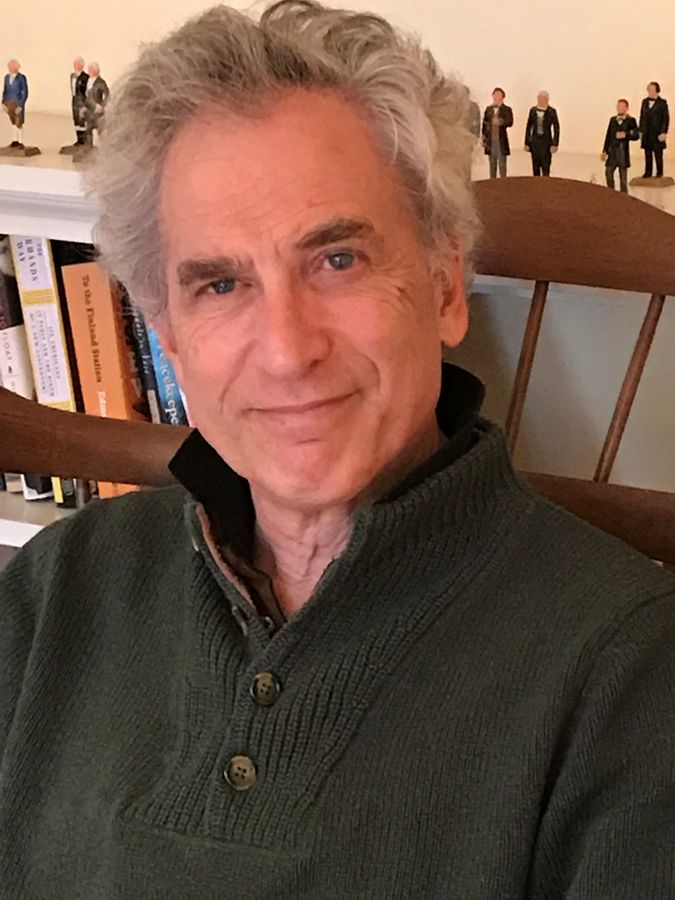 James Traub: The biographer of Judah Benjamin is pictured in a study. By Elizabeth Easton

Benjamin was born in 1811 in St. Croix, then a British possession. His parents Philip and Rebecca, had moved there from London in 1808. When he was two, his family immigrated to the United States, settling first in Fayetteville, North Carolina. A few years later they moved to Charleston, South Carolina, where Jews had thrived since the late 17th century.

Benjamin’s parents, who weren’t particularly observant, owned a dry goods store. When the business failed, Rebecca opened her own dry goods store. She kept it open on Shabbat, irking her Jewish competitors. She also never earned enough to elevate the family’s standing.

When Benjamin was 14 he enrolled at Yale — a local Jewish merchant paid his tuition. Two years later, Benjamin, the second Jew to attend the college, was dismissed for what was described as “ungentlemanly conduct.”

After he failed to gain readmission, Benjamin moved to New Orleans and set his sights on the law. In 1834, he married Natalie St. Martin, the 16-year-old Catholic daughter of a Creole planter.

While Benjamin was apathetic when it came to his religion — he ate pork, didn’t belong to a synagogue and had a poor grasp of Jewish texts — he nevertheless refused to convert.

Why he drew the line there remains a matter of speculation, Traub said.

“If I have to guess, he didn’t convert because he knew he was a Jewish looking guy with a Jewish name,” he said. “Although his overwhelming hunger to assimilate meant converting would have made sense, he knew he could never pass and so he never denied his Judaism.”

In 1852, after serving in both houses of the Louisiana state legislature, Benjamin was elected to the U.S. Senate. He became the first Jew to win national office without renouncing his faith.

Fully embracing the Southern cause, he declined offers to serve on the U.S. Supreme Court and as an ambassador. Instead he vociferously used his office to defend slavery against the blooming abolitionist movement.

Soon after Louisiana seceded in 1861, Jefferson Davis, the president of the Confederacy, named Benjamin to his Cabinet. Benjamin accepted. He served first as attorney general, then secretary of war, and finally secretary of state.

It is because Benjamin was Jewish that American Jews tend to hold him to a higher moral standard than other members of the Confederate government.

“It’s hard for Jews today to understand that virtually every non-poor Jewish person in the south owned at least one household slave and that even those who didn’t found terms to make peace with this system,” Traub said.

However, Benjamin was an anomaly among Jews at that time because he became a planter who owned people. That meant he would have spent time up close in slave markets, thereby separating parents from children, husbands from wives, Traub said. “The crucial question for me, which is unanswerable, is what was his state of mind? He was too well read to think of enslaved people as chattel, yet, such was the nature of his ambition that he could never allow any of those thoughts to escape to the surface.”

Indeed, figuring out Benjamin’s state of mind posed a challenge for Traub.

In 1838, a fire destroyed his family’s synagogue and all records of his early religious education. More important, Benjamin never kept a diary and burned all of his letters before he died. Why Benjamin went to such lengths remains a bit of a mystery.

“I couldn’t help but ask the question why someone would take such steps to conceal his personal life. Obviously it’s not because of his Jewishness, he never denied that,” Traub said. “His occasional arguments that he didn’t want to be memorialized are also unconvincing. His thirst for glory was immense.”

Traub said he thinks the most likely explanation is that Benjamin was gay and that “being gay at that time worse than Jewish.” Many historians now share that theory, which Traub explores in the book, focusing in particular on the state of his marriage.

A year after Ninette was born, his wife Natalie moved to Paris where she lived for the rest of their nearly 50 yearlong marriage. Benjamin visited her and their daughter once a year. He neither divorced her nor took a mistress as was common at the time.

After Abraham Lincoln was assassinated, Benjamin, like other Confederate leaders, fled the country. Disguising himself, he made his way to the Florida coast and sailed to Great Britain where he claimed his British citizenship. In time he became one of the most celebrated English barristers of his era.

That Benjamin rose to prominence in his newly adopted country is fitting, Traub said. After all, he was someone whom peers remembered could “recite Shakespeare while shooting marbles” and who was a “genius at assimilation.”

That Benjamin remains a source of great disquiet among American Jews is also fitting.

“Here was a person who was so worldly, so intellectual, so well-read that there’s no way he could take refuge in ignorance of what slavery meant,” said Traub.