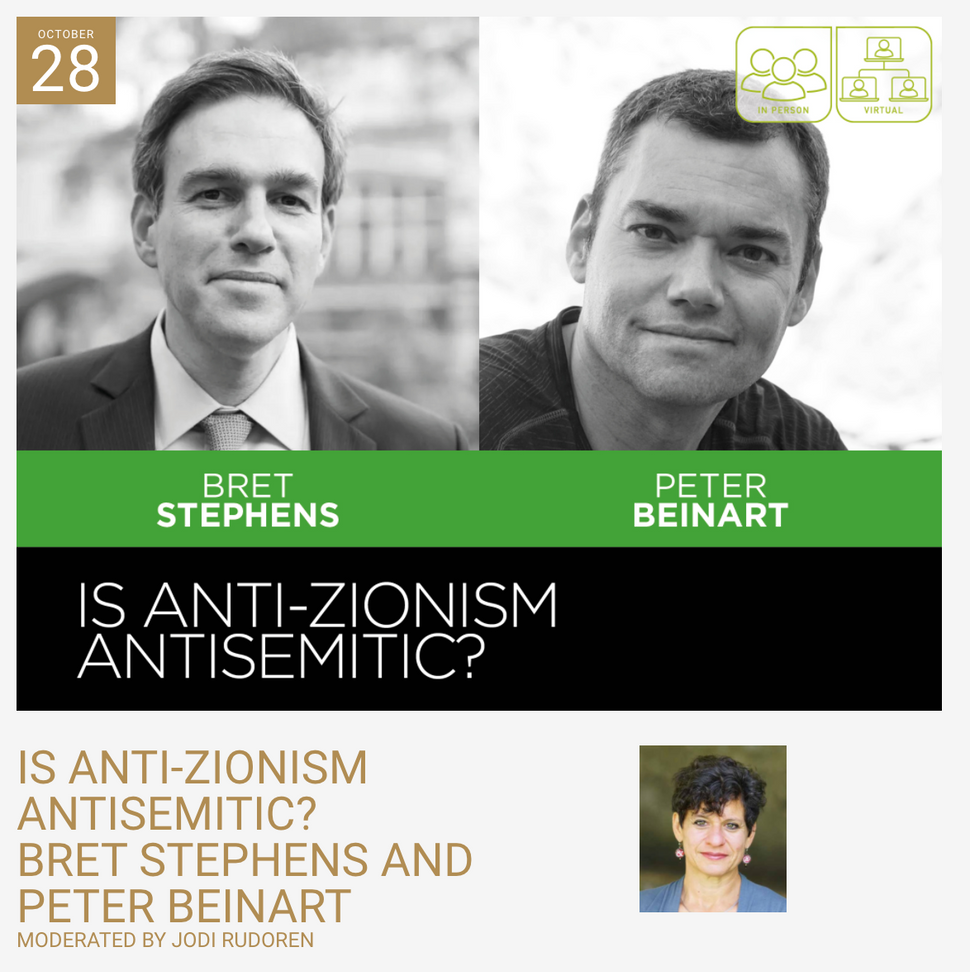 It’s a graph that seems almost impossible to calculate, an advanced mathematical problem that must include 5,000 years of history, centuries of bigotry, humiliations, oppression, expulsions, political manipulations and a single piece of land on which two peoples stake their hopes.

Does the universal right to national self-determination give Jews the right to a state in their historic homeland – and is arguing that they don’t antisemitic?

Is it antisemitic to condemn or boycott Israel for human rights violations without condemning or boycotting China, Myanmar or Turkey with equal fervor?

Is antisemitism more pervasive among anti-Zionists than among Zionists?

If anti-Zionism is antisemitic, how should we think about Jews who don’t support a Jewish state?

The Temple Emanu-El Streicker Center is proud to welcome Bret Stephens and Peter Beinart to address this volatile and painful controversy.

Bret Stephens is a Pulitzer Prize–winning columnist at The New York Times. He previously worked at The Wall Street Journal and as editor-in-chief of The Jerusalem Post.

Peter Beinart is editor-at-large of Jewish Currents, a professor of journalism and political science at City University of New York, a CNN Political Commentator and author of The Beinart Notebook on Substack.com.