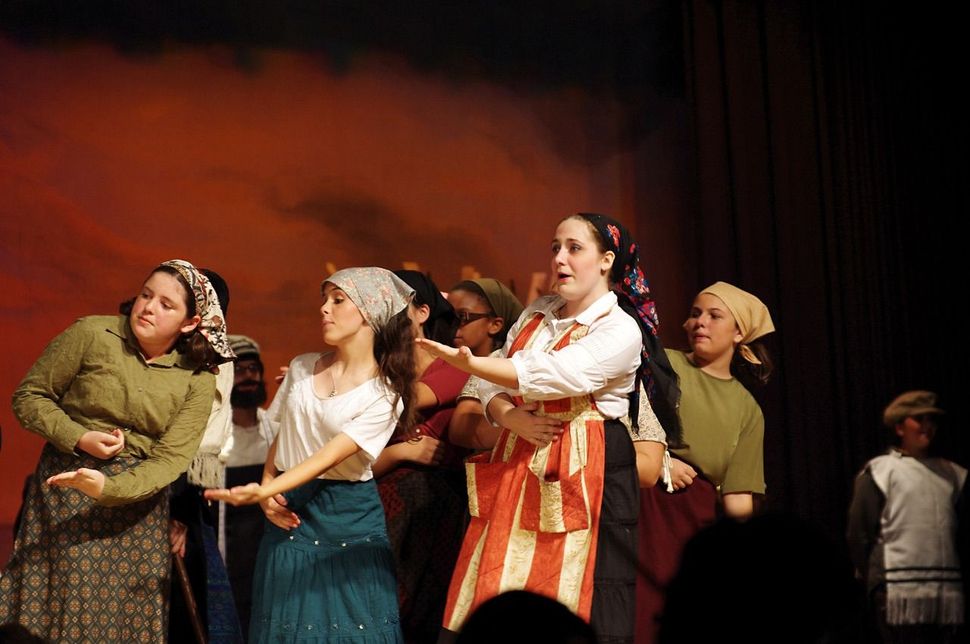 Golde Years: Maura Lee Bee appears in a production of ‘Fiddler on the Roof.’ It’s no exaggeration to say that this show completely changed her life. By Amy Dangrabbit

Editor’s Note: Fifty years ago, on Nov. 3, 1971, the movie adaptation of ‘Fiddler on the Roof’ premiered. In honor of that anniversary, this week we are publishing a series of article about the impact of ‘Fiddler’ and its legacy. You can read more of the stories here

It was the afternoon before we opened. Most of the campers had gone home for the day, and the few of us left stood around, waiting. Then, into the air-conditioned cafeteria, he strolled, wearing sunglasses and a leather jacket and running his hand through his salt-and-pepper hair.

We were doing a production of “Fiddler on the Roof,” and it was the last production I’d be in at summer theater camp. I was the oldest, turning 17 next month; I reached to grab my co-star’s hand. We stood in a circle, ready to listen.

There is this ongoing gag in “Fiddler” — the rabbi who lived in Anatevka will arrive to bless someone or something. He blesses the czar (may God bless and keep him — “far away from us”) and he blesses a new sewing machine. The director of our program had spent the summer teaching us some of her own Jewish traditions. And, on this particular Wednesday, she invited her rabbi to bless our show. 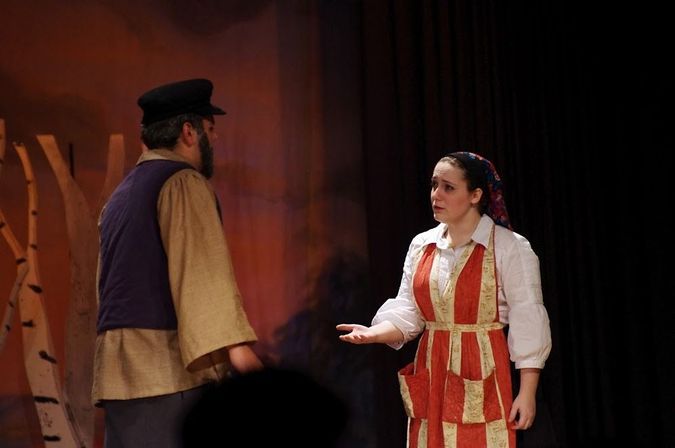 Do You Love Me? The author, playing Golde in a production in Bay Shore, New York, performs a song with the actor playing Tevye. By Amy Dangrabbit

He asked us to form a circle around him. K, the student playing the rabbi, stood closest to him, the most excited to meet this spiritual leader. The rabbi spoke to us about tradition, community, love, hope, change and how all these relate to God.

This is the first spiritual experience that moved me. I connected with every phrase, every word he shared. We thanked him graciously after his blessing. Who could have predicted, in the middle of August, when I was closing in on adulthood, that I would have decided to convert to Judaism.

It sounds silly when you say it out loud. “I was in a production of ‘Fiddler on the Roof’ and decided to be Jewish.” I know that. But my relationship to God and this pivotal moment goes deeper than that.

I didn’t grow up in any particular religion. I have described my childhood as growing up “Catholic Adjacent.” Sure, my parents celebrated Christmas, but in the familial and commercial sense. I didn’t even know who Jesus was until I entered school. My father grew up Catholic, but didn’t find comfort in organized religion. My mother grew up in a spiritual household, but felt more of a private, spiritual connection to the earth and a higher power, whether that was a God, Gods or something else entirely.

I was never baptized. My mother believed strongly that, when I was old enough, I would know and understand my spiritual path, and decide which religion I wanted to practice (or not).

My classmates who went to Sunday school were confused as to why I didn’t go. I went to church about once a year for some family member’s wedding or confirmation, glazing over during the mass and wishing I had brought a good book. 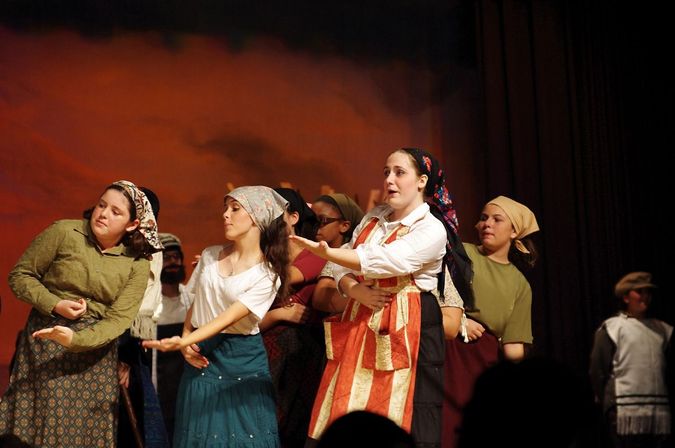 Golde Years: Maura Lee Bee appears in a production of ‘Fiddler on the Roof.’ It’s no exaggeration to say that this show completely changed her life. By Amy Dangrabbit

When I was 10, I joined a summer performing arts camp. I was a shy kid, but I enjoyed the acting classes I took in a little shoebox theater. My mom found the camp when looking for ways to fill my summer -— spending six weeks doing “The Wizard of Oz” sounded like a dream! I got to be a sailor in the tornado, a snarky tree that threw apples at Dorothy and a witch’s guard.

I returned to this camp year after year. I met one of my best friends there, watching “Singin’ in the Rain” during callbacks for “Once Upon a Mattress.” I later joined acting classes during the school year, performing in cabarets where we sang songs from “Hair” or “Funny Girl,” and appearing in staged productions with teen detectives, Civil War soldiers and all the Whos from Whoville. I joke with friends that I was “baptized” in a production of “Godspell.”

This theater became my sanctuary. It was safe here to express my fears, wants and desires. I could be myself — at a time when I was still figuring that out. I laid down on the cool floor of the stage when I realized I questioned my sexuality. I came out to castmates and camp counselors. They hugged me, cheered, celebrated who I am. I brought my best friend into the program so she could feel at home too, that we could feel supported together. When we were both depressed and toeing that line between life and death, my director was the one who called the school to make sure we were OK.

She created this holy place. She shared honey cake with us on Rosh Hashanah. She would explain her own traditions of prayer when Golde was lighting the candles, or Tevye was talking to God. She talked about the pride she felt as a Jewish woman, even growing up at a time when people would spit at her and call her names. She wanted to create a place where we all felt welcome and eager to ask questions, whether it was about Mel Brooks movies, her time in summer stock or her recipe for chocolate chip scones.

I am still figuring out my path. I am slowly learning the prayers and lighting the candles. When I went to college, I had a friend take me under her wing. She explained her own experience and understanding of Judaism. We discussed the classic religious arguments (and excuses) for hatred and oppression. On Purim, she brought me a bag of sweets and told me the entire Book of Esther (call outs and all).

I am learning, but I do know this: My relationship with God is between me and God only. My love and connection is mine. It is expanding. It is true and it is evolving all the time. I am proud to still be trying new things and learning about myself — practicing my own traditions, leaning on my friends when I need it. I may not have it all figured out, and my Hebrew leaves something to be desired, but I’m eager to keep moving forward.

I think back to that time often: holding hands with my family, my community, listening to the rabbi’s words. This is what God means to me: love, safety, supporting each other through the best and worst bits, having hope through to the end. I’ll treasure that moment forever, the lasting grace of youth.

I remember it. And next year, I’ll remember to thank my director, and ask for her recipe for honey cake so I can share it with you.

Maura Lee Bee is a queer, LatinX writer based in New York City. A writer in multiple genres, her work has been featured on Autostraddle, Breadcrumbs, and YES Poetry. Her first book, “Peter & the Concrete Jungle” was published in 2017, and her book “mall goth” was selected for the 2021 Ghost City Press Summer Microchap Series. She is currently working on three novels. When she isn’t busy dismantling an otherwise oppressive system, she enjoys reading books, baking pies, and meeting new dogs.