With the unveiling of a Jewish veteran’s headstone, another rare act of bravery 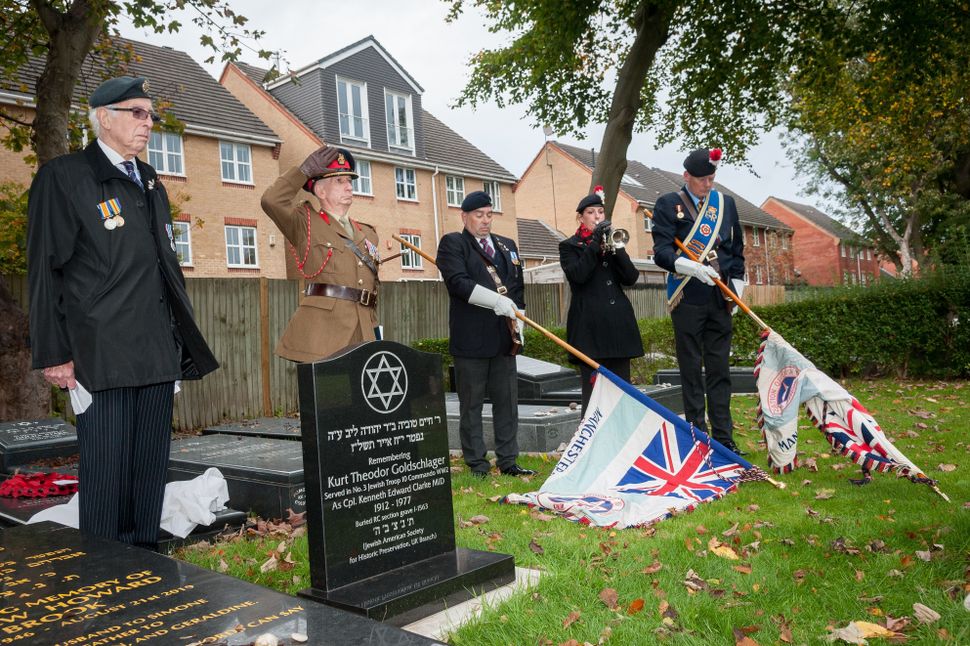 Dual Identity: The commandos of ‘X Troop’ had to take on fake British names and identities, and pretend that they were Christian. Thus, Kurt Theodor Goldschlager became Kenneth Edward Clarke. Both names are on the headstone. Courtesy of Col. Martin Newman

Last Sunday, I attended an extraordinary Zoom ceremony in Manchester, England, that marked the placement of a Star of David headstone in remembrance of a Jewish WWII veteran, Kurt Goldschlager, who had been buried under a cross. The military ceremony was led by Rabbi David Lewis and included a range of Jewish veterans in full uniform. A bugler played “The Last Post.” The ceremony culminated with a group recital of Kaddish.

The memorial came about after I had contacted Martin Sugarman, an archivist who has devoted his life to getting the story of Jewish servicemen out to the broader public, at the behest of one of Goldschlager’s relatives.

Goldschlager had two names since he was a member of 3 Troop/X Troop, a German-speaking unit created by Winston Churchill and Lord Mountbatten in 1942 and comprising German and Austrian Jewish refugees like Goldschlager.

As I described in my book “X Troop: The Secret Jewish Commandos of World War Two,” in order to serve in the unit, all of the commandos had to take on fake British names and identities, and pretend that they were Christian. Thus Kurt Theodor Goldschlager became Kenneth Edward Clarke. This identity change was necessary because if they were captured they would be killed as Jews, and the Gestapo would round up any family members still in Germany or Austria.

X Troop commandos were at the forefront of many of the war’s most crucial battles, including D-Day, The Battle of the Bulge and The Crossing of the Rhine. After VE-Day, they were also central to denazification efforts and gathering evidence for the Nuremberg trials.

Although the men fought as Jews, after the war ended, remarkably, most of them kept their new English names and identities. And their story remained largely unknown because so many of the former commandos never discussed their prewar roots, even with their own children.

In 1990, the gray slate memorial to the commandos that was erected in Aberdyfi, Wales, where they had billeted and trained, did not mention the word ‘Jewish’ nor does the tourist pamphlet given out about the troop in the village. X Troop’s story and Jewish identity has been progressively erased from history, from their headstones to their memorials. 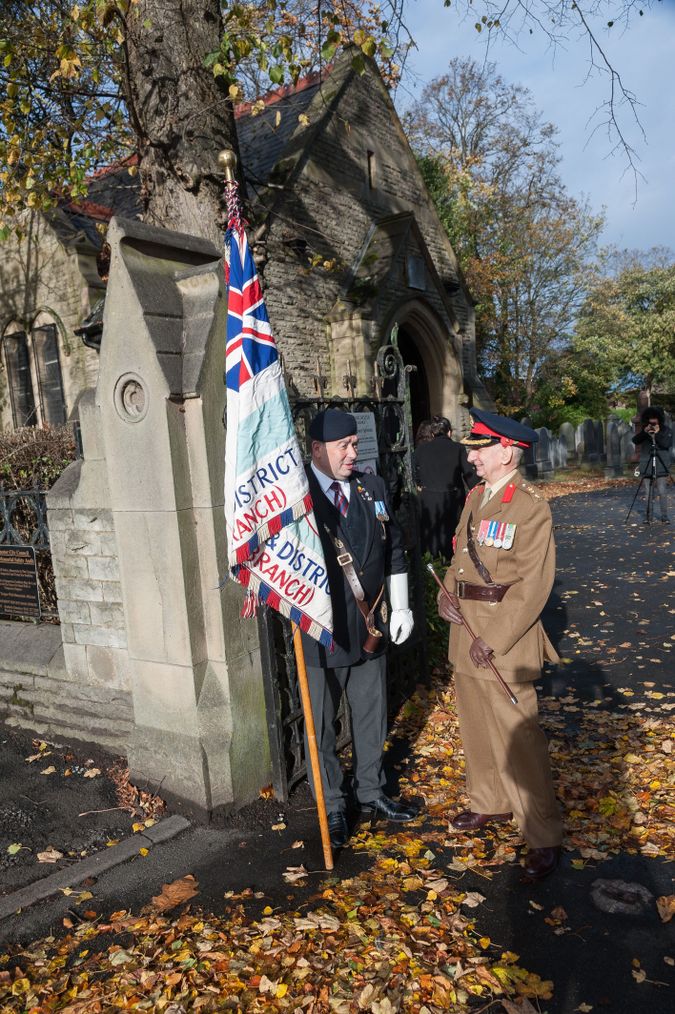 A Fitting Memorial: This ceremony marked the placement of a Star of David headstone in remembrance of a Jewish WWII veteran, Kurt Goldschlager, who had been buried under a cross. The military ceremony was led by Rabbi David Lewis and included a range of Jewish veterans in full uniform. A bugler played “The Last Post.” The ceremony culminated with a group recital of Kaddish. Courtesy of Col. Martin Newman

The children of the commandos explained to me that they often only had realized that they had Jewish fathers when they started to ask questions as teenagers. As the son of one X Trooper recently told me, his father had likely hid his Jewish background because he wanted to protect his British-born children from the type of terror that he himself had gone through as a Jew in Germany before he managed to escape to England.

At first glance, this may seem odd — after all, most of the commandos moved to the UK after the war so what could they possibly have been afraid of in safe, pluralistic, democratic England?

Well, only this morning I read this headline in the London Jewish Chronicle: “Jew-Hunting Mob On The Streets of London” about a group of activists who attacked the Israeli Ambassador to the UK after she spoke at the London School of Economics. Attacks on Jews in Britain have soared in recent years, synagogues have been torched, Jewish graves desecrated. Jeremy Corbyn, the recent leader of Britain’s Labour Party has openly praised antisemitic books and murals, laid a wreath at the grave of the Munich Olympic attackers, and has taken tea with Holocaust deniers.

As we celebrate Veterans Day, it makes sense to me that it falls just after the anniversary of Kristallnacht. The resurgence of antisemitism has meant viewing veterans memorials and remembrances in new ways. Although it is deeply disturbing to have to admit this, having one’s headstone changed from a cross to a Star of David is, during these dark days, a very courageous act.

Leah Garrett is professor and director of Jewish Studies at Hunter College, CUNY. She has published five books in Jewish Studies and won and was shortlisted for numerous literary prizes. Her most recent book is “X Troop: The Secret Jewish Commandos of World War Two” (Harper Collins, 2021).

With the unveiling of a Jewish veteran’s headstone, another rare act of bravery