With ‘All Too Well,’ Taylor Swift stakes her claim to a time-honored Jewish tradition 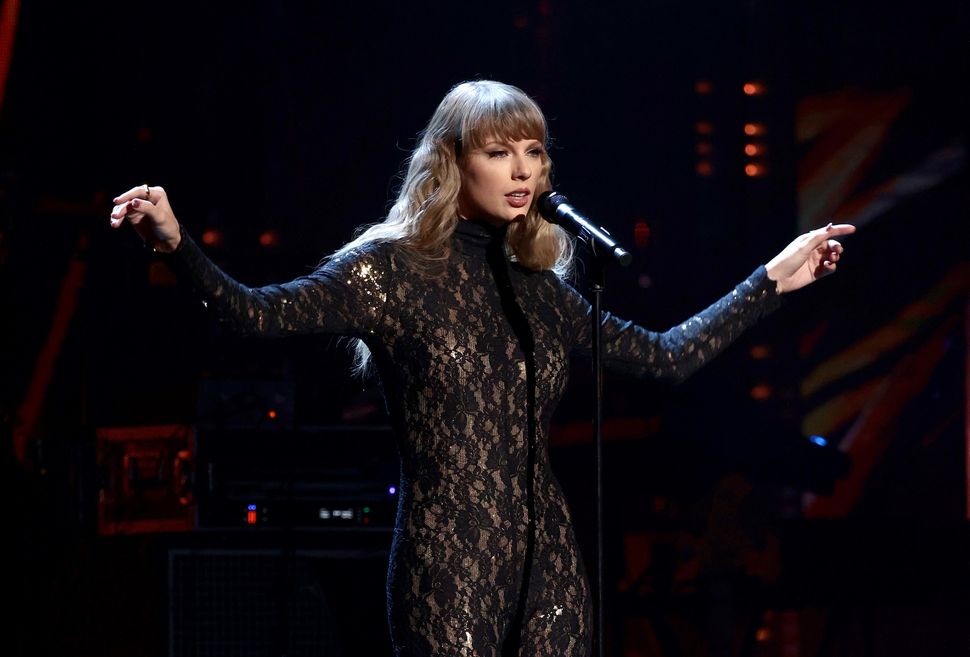 In case you haven’t been paying attention to the latest celebrity gossip, pop star Taylor Swift is once again the talk of the town – this time around for re-recording her 2012 kiss-off song “All Too Well”; she has made no secret of the fact that the song was aimed at actor Jake Gyllenhaal, whom she dated for about three months in autumn 2010. “You call me up again just to break me like a promise / So casually cruel in the name of being honest,” sings Swift, in a song widely regarded as her best.

Gyllenhaal, whose birth name is Jacob Benjamin Gyllenhaal and whose mother, screenwriter Naomi Foner (née Achs) was born in Brooklyn to Eastern European Jewish immigrants, considers himself Jewish, as does his actress sister, Margalit Ruth “Maggie” Gyllenhaal. (Their father descends from Swedish nobility.)

The brouhaha surrounding the Swift-Gyllenhaal saga got us thinking of the great tradition of “kiss-off” songs — particularly those written and performed by Jewish songwriters. If Bob Dylan did not invent the genre, he certainly set the bar high with such early songs as “Positively 4th Street” (“You got a lotta nerve to say you are my friend”), “Most Likely You Go Your Way (and I’ll Go Mine)” (“You say you love me and you’re thinkin’ of me but you know you could be wrong”), “It’s All Over Now, Baby Blue” (“You must leave now, take what you need, you think will last”), “Don’t Think Twice, It’s All Right” (“You just kinda wasted my precious time”), and perhaps the greatest kiss-off song of all time, “Idiot Wind” (“You’re an idiot, babe / It’s a wonder that you still know how to breathe”). Ouch!

Perhaps Dylan’s example freed other songwriters to exercise (or exorcise) their own vendettas in song. What follows is an annotated list of seven of our favorites, one for each day of the week:

Since 1972, fans and pundits have argued over who Carly Simon’s classic tell-off number, “You’re So Vain,” is about. Whoever it is, the song says about him, “You’re so vain, you probably think this song is about you.” Candidates include Warren Beatty, Cat Stevens, David Cassidy (huh?) and David Bowie. It is not about Mick Jagger, who contributes terrific backup vocals to the original recording. Curiously enough, Taylor Swift said in 2013 that Simon told her who the song is aimed at but swore her to secrecy.

Unlike Simon, Pink made no secret about whom this 2008 kiss-off song is about – the video for the song shows a heart carved into a tree that says “Alecia & Carey.” Pink is Alecia Beth Moore, who has described herself as an “Irish-German-Lithuanian-Jew,” and Carey is motocross racer Carey Hart, her husband from whom she was separated when she wrote the song. They reconciled just in time for Hart to make a good-natured cameo appearance in the video for the song.

Rather than directed at an ex-lover, this 2003 song by the late Amy Winehouse tackles materialistic women who dress up and go out to clubs to snare the attentions of rich men. The title refers to just one part of their typical outfit and accessories, which include Gucci bags and jeans so tight “You can’t sit down right.”

Elastica’s 1994 song “Line Up” is a precursor to Winehouse’s “F—- Me Pumps,” in this case taking to task women who debase themselves to get close to male celebrities: “Drivel Head knows all the stars, loves to suck their shining guitars,” sings Elastica frontwoman Justine Frischmann, whose father was a Hungarian Holocaust survivor and whose mother’s family were Russian Jews, and who, like Winehouse, grew up in London.

“Why D’Ya Do It?,” Marianne Faithfull

Marianne Faithfull, a one-time flame of Mick Jagger’s whose maternal grandmother was an Austrian Jew, may well have created the template for the likes of Amy Winehouse and Justine Frischmann (and Taylor Swift) with her 1979 X-rated song, “Why D’ya Do It?”

“Glad to See You Go,” Ramones

On the opening track to the Ramones’ second album, 1977’s “Leave Home,” Joey Ramone (born Jeffrey Ross Hyman in Queens) sings, “Now I know the score, I don’t need you anymore / Don’t want you ‘cause you’re a bore.” If you find these lyrics and others in the song to be unnecessarily cruel, take another listen to the Beatles’ song “Run for Your Life.” The Fab Four, particularly John Lennon, could be pretty cutting despite their mop-top smiles. The Ramones, incidentally, copped their name from Beatle Paul McCartney, who early on used the pseudonym Paul Ramon.

Janis Ian, best known for the antiracist ballad “Society’s Child” and the confessional anthem “At Seventeen,” doesn’t mince words in her 1975 song “Watercolors” when she sings to a former lover, “Go on, go to hell / Go away from me, I need no charity.”

With ‘All Too Well,’ Taylor Swift stakes her claim to a time-honored Jewish tradition