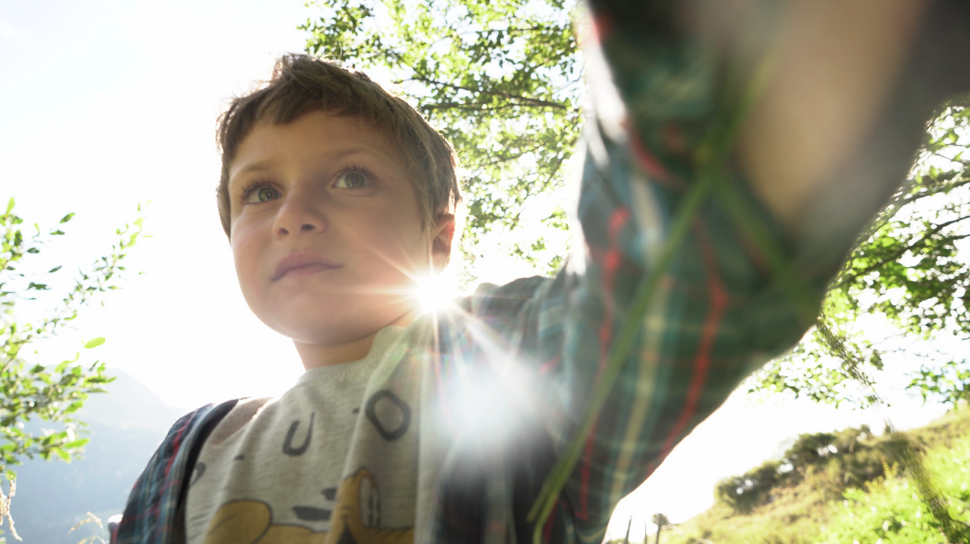 A Ray of Sunshine: Much of Ohad Milstein’s ‘Summer Nights’ is told through the perspective of Alva, a six-year-old boy who is remembering events of the past summer Courtesy of Ohad Milstein

Ohad Milstein’s “Summer Nights,” a rumored Oscar contender, is delicate, nuanced and complex even at its deceptively most simple moments. Though it is categorized as a documentary, the film is more of a cinematic mood poem, one that touches upon father-son relationships, the passage of time, aging, death and God. Much of it is told through the almost pre-verbal lens of Milstein’s son Alva, a six-year-old boy who is remembering events of the past summer (e.g., teetering on the edge of a high diving board, playing with a butterfly) day-dreaming or literally dreaming. It all has the quality of pre-dawn imagery surfacing in that gray demi-world one experiences just before waking.

The film opens the night before Alva’s first day at school. His mother reassures him and later, his father tucks him in, speaking in hushed tones so as not to awaken Alva’s sister who is sleeping nearby. Throughout the movie conversations between father and son are whispered — dad is never fully seen. The effect is by turns mesmerizing and riveting.

Facing an auspicious life-altering event — entering school and separating from his parents — Alva can’t help but question his own place in the world, which in his prescient, unconscious mind leads to thoughts of aging and mortality — when he is Dad’s age, how old will Dad be? Will they meet again when they are both dead and, if so, how will they recognize each other?

“I’ll be holding a peacock feather,” Alva says. It is precisely what a child might say, unaware of its literary precision and resonating poignancy. 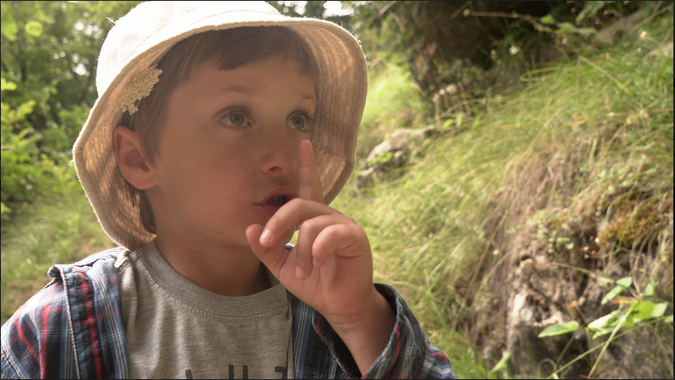 Don’t Make a Sound: Though billed a documentary, ‘Summer Nights’ is more of a cinematic tone poem. Courtesy of Ohad Milstein

Much of the dialogue, which has a free-associative flavor, serves as vocal backdrops to the haunting, seamlessly-connected, yet oftentimes disparate visual scenes that unfold on screen. In one vivid fragment, Alva is climbing rocks in his pajamas; in another, he is seated at a window staring out at what seems to be a desert. Gauzy curtains framing the window ripple in the breeze. The scenes may not be flowing chronologically, but on the deepest level they are profoundly sequential.

The most wonderfully authentic moments are the small mundane interactions between Milstein and Alva; between Milstein and his father, and finally Alva and Grandpa. Seemingly inconsequential activities stand in stark contrast to loftier motifs and, paradoxically enough, enhance and underscore the film’s philosophical centerpiece at the very moment they bring the viewer back to earth.

In one scene Milstein is cutting Alva’s hair while Alva stands in the tub, strands of hair accumulating in the drain. Alva checks himself in the mirror; the beginnings of his vanity are evident. In a parallel scene, Milstein is trimming his dad’s beard as they discuss how one broaches the subject of death to a child. Grandpa is all for truth.

But perhaps the most memorable scenes in the film take place when Milstein asks his father why a photo of Milstein’s grandfather has been shuttered in a dresser drawer. His dad doesn’t respond. 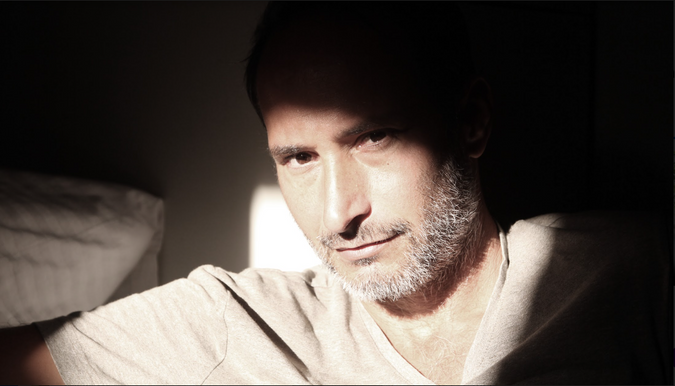 A few scenes later, though, he and his grandson, Alva, are attempting to carve a frame for it. Their efforts notwithstanding, the edges do not meet. It’s a comic moment yet stunningly gentle and intimate as they twist the wooden parts this way and that to no avail. Grandpa and Alva are bonding across three generations, the newly revealed old photo a celebration of yet a fourth generation, Alva’s great-grandfather who is no longer concealed.

The film’s esthetic is nontraditional, arguably experimental, yet its vision is a testimonial to the most traditional values of family and continuity.

Simi Horwitz won a 2018 Front Page Award from the Newswomen’s Club of New York for her Forward story, “Ruchie Freier: Hasidic Judge, American Trailblazer.” She received two 2020 New York Press Club Awards, three 2021 National Arts & Entertainment Journalism Awards, and a 2021 Simon Rockower Award. She came in first place at the 2021 SoCal Journalism Awards (given by the LA Press Club) for her Forward story, “Gloria Steinem Is Having a Moment.”