The Holocaust robbed them of their stories; this artist is bringing them back to life 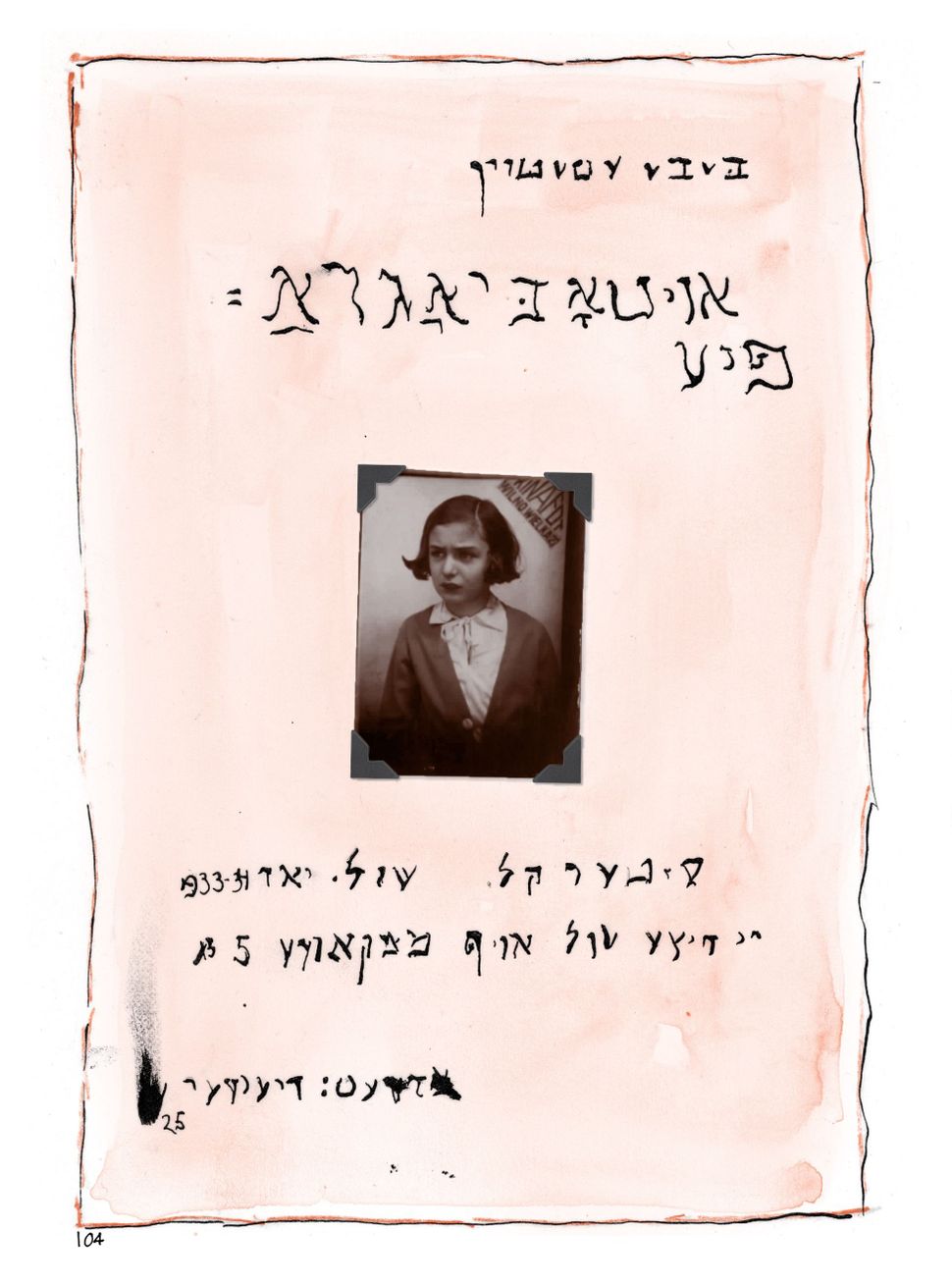 A Story Reclaimed: Ken Krimstein revivifies the stories of six teenagers whose autobiographies had been lost for decades. Courtesy of Bloomsbury

In his new graphic nonfiction narrative book “When I Grow Up, the Lost Autobiographies of Six Yiddish Teenagers,” author and New Yorker cartoonist Ken Krimstein deftly gives life to the never-told stories of six Jewish teenagers in the lost world of Yiddishuania, formerly Poland/Lithuania.

In the 1930s, the YIVO Institute for Jewish Research, then based in Vilna, invited Yiddish-speaking 13 to 21 year olds to enter an autobiography contest; the grand prize would be 150 zlotys, roughly $1000 in today’s dollars. More than 700 entries were submitted, then read and judged by YIVO staff in Vilna. The Grand Prize was to be awarded on Sept. 1, 1939, the very same day the Nazis invaded Poland.

On June 24, 1941, when the Nazis conquered Vilna, they also stormed the YIVO library and tried to seize as much as they could — including the autobiographies — to create the Institute for Study of the Jewish Question. 40 people, who, Krimstein writes, “came to be known as the Paper Brigade,” smuggled away what they could rescue. 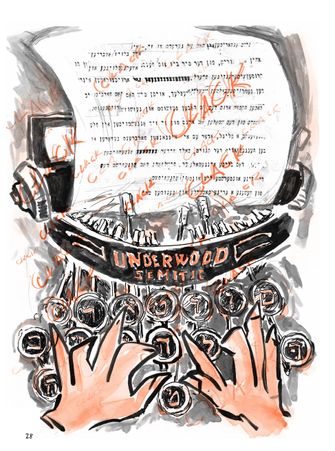 Page From an Autobiography: Krimstein does not reproduce his subjects’ autobiographies verbatim; they were lengthy and often included multiple digressions. Courtesy of Bloomsbury

On July 13, 1944, the Soviets conquered Vilna; survivors from the Paper Brigade took the buried papers, which included hundreds of these autobiographies, and created the Vilna Jewish Museum. In 1949, Stalin ordered the destruction of the museum. A non-Jewish librarian risked his life and hid the autobiographies and hundreds of thousands of other Yiddish documents from the KGB, burying them in St. George’s church in Vilna.

“Here,” writes Krimstein, “these notebooks slept, lost, forgotten, invisible for more than seventy years, until the fall of 2017, when, while doing a final clean out of the church, workers stumbled across them, including the pages I’d flown to Vilnius to see and would be holding in my hands less than a year later.”

Krimstein does not reproduce these autobiographies verbatim; they were lengthy and often included multiple digressions.

“I had to find the essence of the arc of the story,” Krimstein says. “I was turning them into little biographies. I had to figure out who the person was and what the dramatic arc was.”

Knowing the fates of Krimstein’s characters makes reading about their yearnings and their grit poignant. His deceptively simple drawings — black on cream except for a soft apricot color — are fluid and convey emotion and movement. He used a similar visual approach in “The Three Escapes of Hannah Arendt,” in which the only color was forest green.

With just a few dashes and lines of his pencil he draws the roofs of the shtetl of 11-year-old Beba Epstein, who broke the contest rules by entering too young. Her head rises above the shtetl rooftops while she simultaneously bikes away, suggesting her eventual escape, a rarity, as she’s likely the only one of these six who survived.

Krimstein is adept at showing with only a few etched lines the young gifted mind at work. He shows how one young boy unceasingly writes letters, trying to emigrate to Palestine and the U.S. after Jews were no longer allowed to attend school. One can feel his fervor as he writes letters, Herzog-like. He even wrote to Abraham Cahan, editor-in-chief of the Forverts who ran his letter on the cover of the newspaper, along with an appeal (unanswered) for someone to sponsor him and his family in the U.S.

“So far my hopes have not been fulfilled,” the boy writes. “But I keep hoping.” 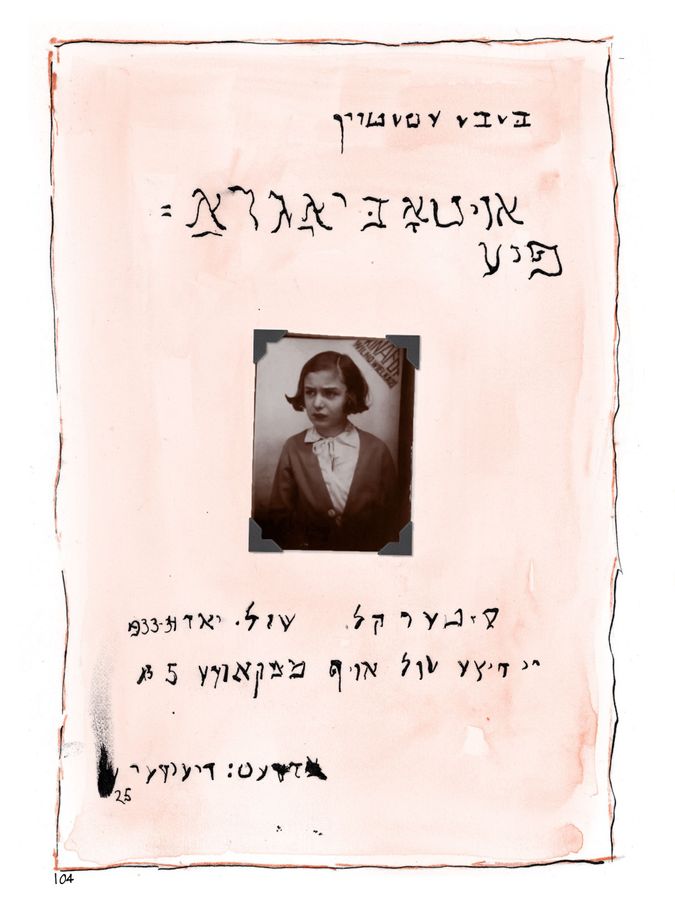 A Story Reclaimed: Ken Krimstein revivifies the stories of six teenagers whose autobiographies had been lost for decades. Courtesy of Bloomsbury

The murder of 6 million Jews does not appear anywhere in Anne Frank’s diary, which has sold more than 30 million copies worldwide, and is the only Holocaust literature many young people read. Reading Frank, Dara Horn writes in her new book, “People Love Dead Jews,” makes “us feel forgiven for those lapses of our civilization that allow for piles of murdered girls.”

Unlike Anne Frank’s diary, Krimstein’s book does not absolve readers of guilt. Krimstein’s very aim is to restore Yiddishuania within the pages of his book. Krimstein starts the book with a simple map of Yiddishuania, which may be unfamiliar to many readers since the Holocaust effectively wiped out Yiddish language and culture. As Krimstein writes in his preface, these “Yiddishuanian teens” wrote their essays “looking ahead to their future, a future we now know nobody could have imagined, and nobody can still quite comprehend: the complete and utter annihilation of Yiddishuania, its towns, its cities, its stories, its treasures, its language, its people. A hole in history.” 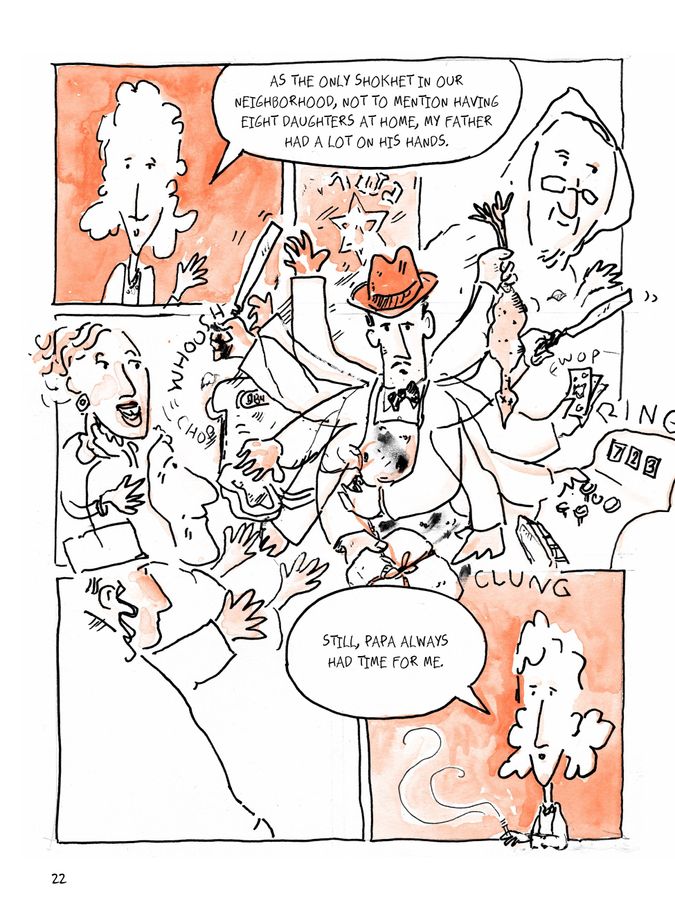 Lost Stories Brought Back to Life: In “When I Grow Up,” as in his previous book about Hannah Arendt, Ken Krimstein is adept at showing with only a few etched lines the young gifted mind at work. Courtesy of Bloomsbury

Steeping each page in Yiddishkeit. Krimstein writes and draws with love for the dead Jewish souls who populate his pages, and his writing and images make Yiddishuania come alive. Every page is steeped in rich detail and allusions to Yiddish; Yiddish words dance across the pages; we learn of the flowering of Yiddish literature, newspapers, plays; Krimstein’s young people join Yiddish socialist youth groups and Zionist youth movements. In one beautiful abstract image he depicts floating young singing faces to illustrate the caption, “And for the first time, the woods around Rogow resounded with Zionist hymns.”

As in his Arendt book, Krimstein sneaks into his footnotes a wealth of information, here conveying the richness of Yiddish language pre-Holocaust. In a beautiful page showing a father reading a Yiddish newspaper with his young son, teaching him Yiddish words, thought bubbles are filled with Yiddish text, translated and untranslated. On another page Krimstein mentions Der Moment and Haynt, two Yiddish daily newspapers and their circulation pre-WWII, and the Yiddish writers Peretz and Mendel Mocher Sforim.

The footnotes’ effect, along with Krimstein’s lively, warm drawings, is to convey living Yiddishuania at its height, to imbue the pages with its vim and vigor, so that we, Jews and hopefully non-Jewish readers as well, can feel in our kishkes what was lost, stripped from us, in the Shoah by the loss of Yiddishuania.

The Holocaust robbed them of their stories; this artist is bringing them back to life