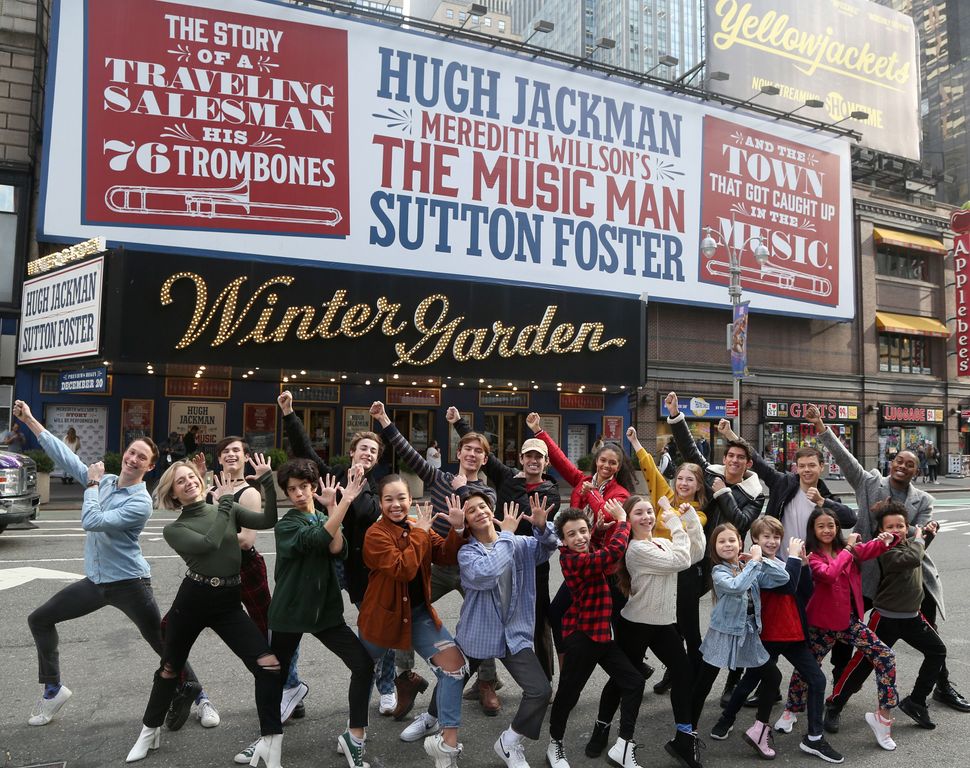 They Gotta Know The Territory: The cast of ‘The Music Man’ in front of the Winter Garden theater. By Getty Images

This season, the hottest director on Broadway is a 75-year-old son of Holocaust survivors.

Fresh off “Mrs. Doubtfire,” the musical adaptation of the Robin Williams vehicle, Jerry Zaks is putting the finishing touches on “The Music Man,” which opens in February starring Hugh Jackman and Sutton Foster.

Zaks was born in Stuttgart, Germany. His mother, Lilly, survived a year in Auschwitz, and he still remembers the number tattooed on her arm: 74735. “She used to say 747 adds up to 18, which is chai and 36 is double chai, so it was a lucky number,” he said.

Zaks’ dad, Sy, joined the resistance. “He posed as a gentile, staying one step ahead of the Nazis,” said Zaks. Working at a factory, he was approached by a co-worker who told him he looked just like a guy he used to play soccer with. “But he told my dad that it couldn’t be him, because that guy was a Jew. My father laughed it off. He didn’t know what to do. A few days later he said to the guy, ‘I have to tell you something. I am that guy. I’m with the resistance. If anything happens to me you will watch your wife and child be killed in front of your eyes.’ The guy became a sycophant to my father.”

The family came to the U.S., ultimately settling in Paterson, New Jersey, but never leaving the Holocaust far behind “The context of my entire early life was fear,” Zaks said. “My parents saw a Nazi around every corner. They communicated that to me. I was a scared kid. I was fat and un-athletic.” 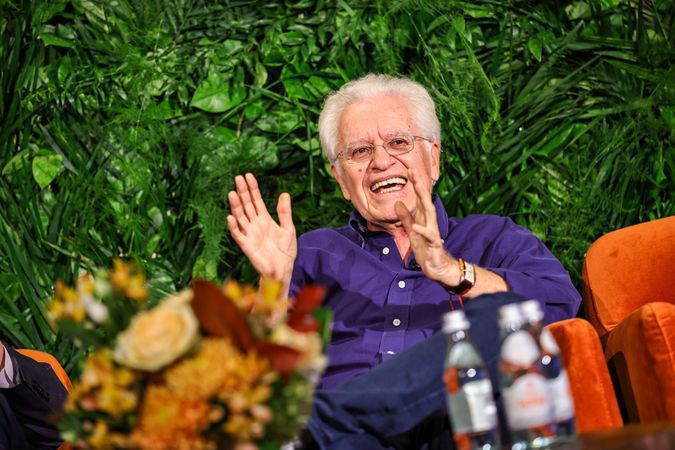 Prolific Director: Jerry Zaks is helming both ‘Mrs. Doubtfire’ and ‘The Music Man’ on Broadway. By Getty Images

Relief came in the basement of the family home, where young Jerry would play records and sing along to Sam Cooke, The Everly Brothers, Johnny Cash and Dion and the Belmonts.

Zaks says that the seeds of his career were planted in college when he saw the musical “Wonderful Town,” changed his major to English and got an MFA at Smith in 1969.

After graduation, he came to New York, working first as an actor (he played Kenickie in the original production of “Grease” and was a founding member of the Ensemble Theater Company) and then as a director.

Over the course of his career, Zaks has been nominated for eight Tony Awards (most recently for his work with Bette Midler in “Hello Dolly”).

“I’ve come to be known as somebody who does comedy.” Zaks said. “I love the sound of laughter.”

Zaks spoke to me about his recent work, the pandemic, bad reviews and working with megastars. 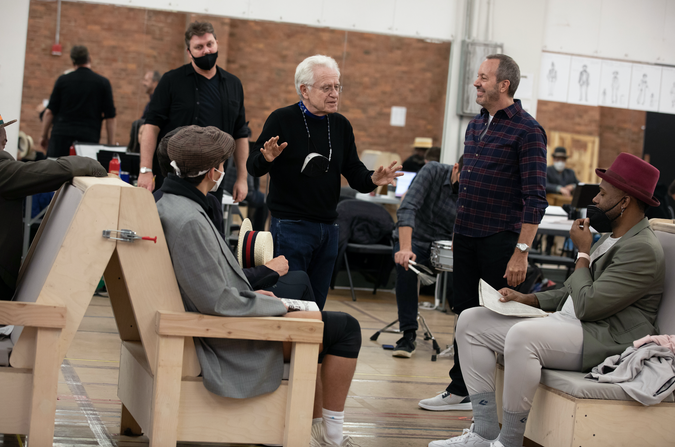 Solving Trouble Right There in River City: Jerry Zaks directs a scene from ‘The Music Man.’ By JULIETA CERVANTES

How do you usually get attached to plays?

Scripts are usually sent to me by producers. Occasionally, a writer will send me something to look at. If I know and respect the writer, I will read it. In “Doubtfire,” Kevin McCollum called me up and said he’d been working with the writers of “Something Rotten” and they had a draft they wanted me to look at and if I liked what I read, would I meet with them? I said sure and sure.

What do you look for in a script?

When I sit down to read a script, if, after the first 30 pages, I don’t want to find out what happens next that tells me an audience won’t want to find out what happens next either. You can tell pretty early on if it’s a story that interests you and if it is quality writing with believable dialogue that sounds like people talking. Directing a play is a big commitment of time and energy so you really gotta love it.

And you loved ‘Doubtfire?’

I got the first pages and some sample songs about three years ago. I met with the writers. They decided they liked me and under Kevin’s guidance we began to exchange drafts. They sent me pages. I would react to the pages. They would send me songs. I would react to the songs. Then in the winter of 2019, we did an out of town tryout in Seattle and everyone was pleased enough with it to bring it to Broadway.

And then the pandemic hit.

It obviously was a huge disruption. It nailed us after our third preview in March 2020. It was worse for a lot of people than me. I walked 5 million steps in a year and a half. We originally thought it was going to be a month or two. But we used the time to make some changes, and the story makes much more sense now.

I’ve told you I didn’t stop laughing throughout the show. The Daily News said “Jerry Zaks is a national treasure.” But The New York Times was, eh, not as excited.

I was disappointed because I think the show is much better than the review suggested. I think a couple of the reviewers have recognized the show as being funny, imaginative and a genuine investigation into what a man will do to be with his children. I’m not going to say much about critics because I’m still directing.

At the very least you were able to keep busy with the Music Man. Jackman and Foster are more than Broadway stars. They’re entire solar systems. How is it working with them?

You’d be surprised. The process is no different, with Hugh and Sutton than any other actor. They are enormous stars, but they are also tireless and want to be great. That’s where I come in. My job is to get actors to trust me and the play. I can’t approach them as fans. You know what I mean? I’m here to do some work. I’m here to do some plumbing.