Genius, jerk, misogynist, everyman — the many lives of Saul Bellow 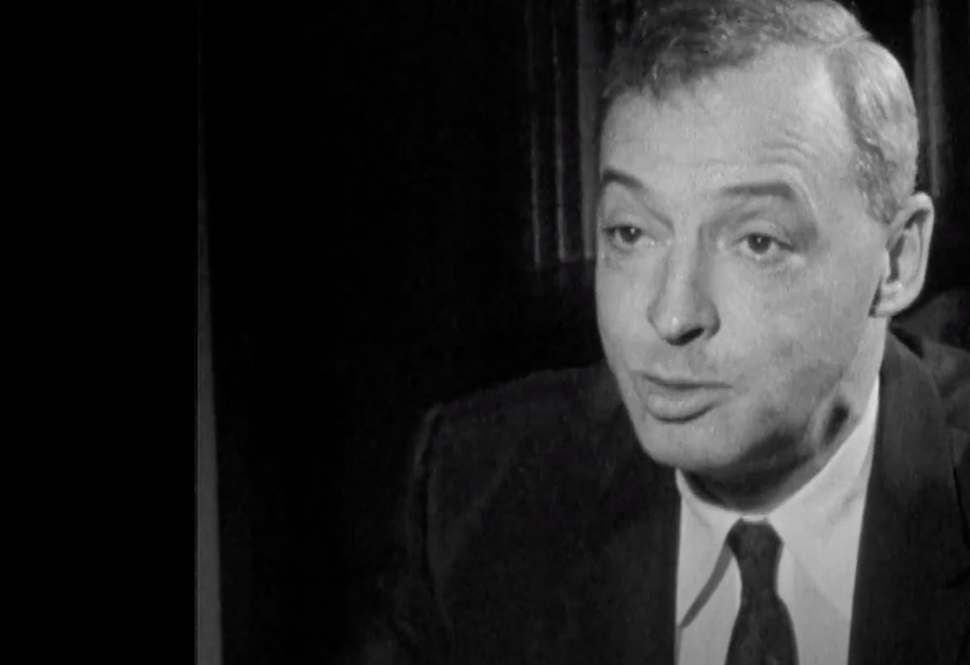 Asaf Galay’s documentary “The Adventures of Saul Bellow,” with its play on the title of Bellow’s breakthrough 1953 novel, “The Adventures of Augie March,” adroitly signals its intentions: not just to thumbnail the writer’s picaresque life and literary career, but to seek out correspondences between the two.

With Bellow, who died at 89 in 2005, the temptation to read novels such as “Herzog,” and “Humboldt’s Gift” as autobiography has proven irresistible, for good reason. Bellow parlayed recognizable versions of his relatives, wives (there were five), lovers (too many to count), and friends (many of the great literary figures of his day) into characters – often to the dismay of those involved.

“There’s no way to defend yourself against a literary portrait,” says Daniel Bellow, the novelist’s son with his third wife, Susan Glassman, whose bitter legal battles with Bellow surface in “Humboldt’s Gift.”

Even Bellow’s widow, the reverential and devoted Janis Freedman-Bellow, admits to Galay that she disliked being the model for Rosamund in Bellow’s final novel, “Ravelstein,” whose title character was based on Bellow’s friend Allan Bloom. 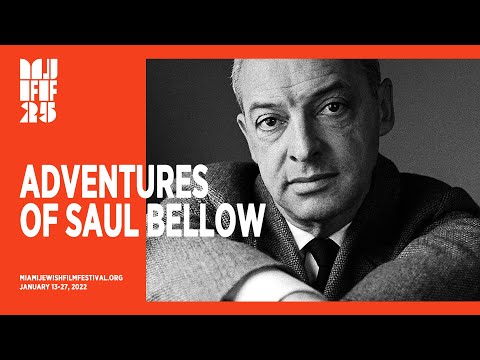 In his recent definitive two-volume biography, Zachary Leader provided a nuanced account of Bellow’s borrowings. Leader is among the impressive array of literary scholars, novelists and intimates that Galay has enlisted to contextualize Bellow in this generally sympathetic and watchable documentary. Shown at the Philadelphia Jewish Film Festival in November, “The Adventures of Saul Bellow” is making the festival rounds and is scheduled to air on PBS’s “American Masters” this coming fall.

Galay begins with archival footage of Bellow’s Chicago, where the Canadian-born son of Russian Jewish immigrants was raised. “Bellow used the city as a character, almost,” the novelist Salmon Rushdie observes. Philip Roth, a close friend whose girlfriend Bellow once purloined, says that Bellow gave him “a sense of the capaciousness of fiction” – a feeling that “there were no rules.”

Freedman-Bellow’s loving memories of her late husband are the emotional heart of the film. Bellow’s onetime secretary and graduate student, more than 40 years his junior, she is the keeper of the shrine. She unveils Bellow’s library and her own faithful notes on 13 years of Bellow seminars. And she ushers the Israeli filmmaker into Bellow’s office at their Vermont summer home, with their daughter, Naomi Rose (born in 2000), silently looking on. “He would make a whistling noise under his breath as he worked. And he would labor over the sentences, his head turned slightly to the side,” Freedman-Bellow says. “It was magic to see.”

Galay also interviews Bellow’s fourth wife, the Romanian American mathematician Alexandra Ionesco Tulcea; his longtime girlfriend Margaret Staats Simmons, who still has the engagement ring he gave her, with its unlucky 13 diamonds; all three of his sons; and a variety of other critics and admirers.

One of the film’s organizing devices is having interviewees read aloud salient passages of Bellow’s prose, often fictional representations of themselves or those close to them. (Galay must be a persuasive man.) Adam Bellow, for instance, reads about the treacherous Madeleine, in “Herzog,” a jab at his mother, Sasha, Bellow’s second wife, who left him for another man. Adam remembers his mother telling him that she fell in love with Bellow only after he read her “Augie March” in its entirety – a case of the novelist mining his art for his life.

Leader supplies Galay with the question he used to introduce his own biography, Bellow’s deathbed utterance: “Was I a man or was I a jerk?” The answer, per both the biography and the documentary, seems to be that Bellow was (like many) a bit of both – capable of inspiring great love, while leaving considerable destruction in his wake.

His fourth wife, who was with him when he won the 1976 Nobel Prize in Literature, seems to still be mourning the demise of their relationship. “The end of any marriage is a very sad affair,” she says, her lip trembling. “He needed to move on. That was my feeling.” Galay underlines the emotion with elegiac images and music.

When it comes to Bellow’s work, the filmmaker gives voice to critics, including the novelist Charles Johnson and the feminist essayist Vivian Gornick, who skewer Bellow’s racist and misogynistic tropes. (One famous and hard-to-defend take on women in “Herzog:” “They eat green salad and drink human blood.”)

Galay doesn’t contest that Bellow’s views drifted rightward in the 1960s and ’70s as American culture, particularly in the academy, drifted leftward. But he is at pains to complicate simplistic readings of the work. In archival clips, Bellow underlines the point that he was often satirical – not unabashedly admiring – of the white male protagonists who serve as his fictional stand-ins.

Those interviews offer fascinating glimpses of a man who managed for a time to bestride both popular and literary culture. But they also betray Bellow’s unresolved anger toward the women in his life. He tells Dick Cavett: “I’ve never turned over a fig leaf that didn’t have a price tag on the other side.” In another interview, questioned about his conflictual relationships with women, he says: “My wish always was to make them happier than I found them.” Then he adds: “Of course I’m not a social service agency.”

Bellow’s prickliness is evident even through the soft scrim of Galay’s admiration and nostalgia. Though he stops short of hagiography, the filmmaker doesn’t delve deeply into the writer’s many infidelities and his intermittent cruelty to both his wives and his sons. Nor does he mention his late-life dementia. Galay prefers to highlight Bellow’s energetic prose and powerful sway over multiple generations of Jewish American (and other) writers. “I’m stamped with his influence,” says Philip Roth, in the last interview he gave before his 2018 death.

Genius, jerk, misogynist, everyman — the many lives of Saul Bellow