In cricket, instances of antisemitism amid a rich Jewish history 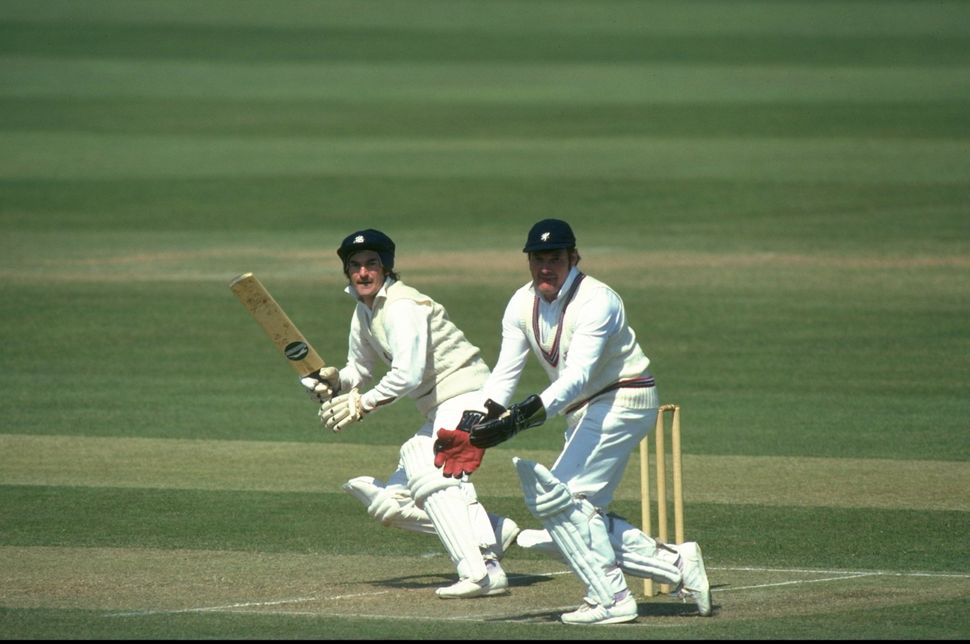 A game of cricket By Getty Images

Is cricket, passionately played in England and its former colonies, undergoing an antisemitism crisis? So asked the English Jewish barrister Daniel Lightman in a recent article in the right-wing outlet The Spectator.

The cricket world was jarred after Azeem Rafiq, a former player of Pakistani origin, admitted that, as a teenager, he had posted mocking observations about a fellow athlete of Pakistani origin, implying that the latter’s presumed greed and miserliness must be due to Jewish origin. 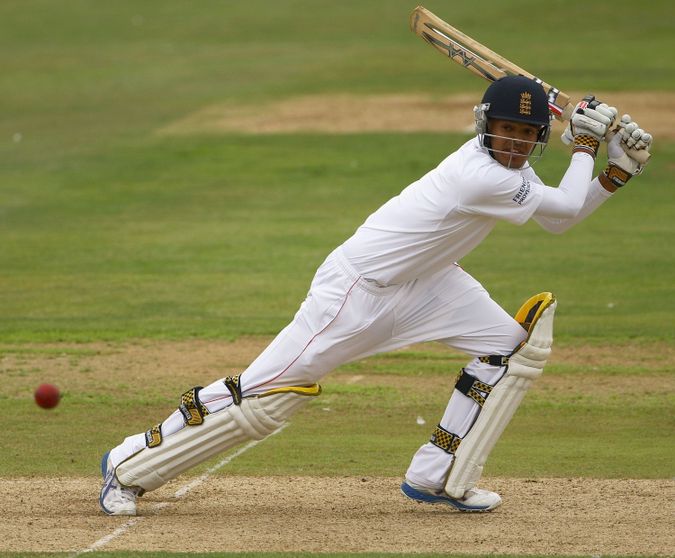 Remarks Resurface: Former player Azeem Rafiq admitted that, as a teenager, he had made antisemitic comments. By gettyimages

To this revelation was added a second incident in which Andrew Gale, Yorkshire Cricket Club head coach, was suspended after it was discovered that a decade ago, he addressed a Leeds football club official online as “Yid.” Supporters of the Tottenham Hotspur football club have been so nicknamed, for complex historical reasons — but never Leeds supporters, despite crucial Jewish involvement in the club.

Some Jewish sports fans, such as the historian Simon Schama, defend such appellations, and suggest that when antisemitism goes overboard at English football matches, the verbal violence may be turned into an educational experience.

Daniel Lightman apparently agrees, extending the broadmindedness to the cricket pitch, where Jew-hating verbiage is less frequent or emphatic than in football. But then, it took centuries before Jews became involved in cricket, a game which dates to the 1500s. 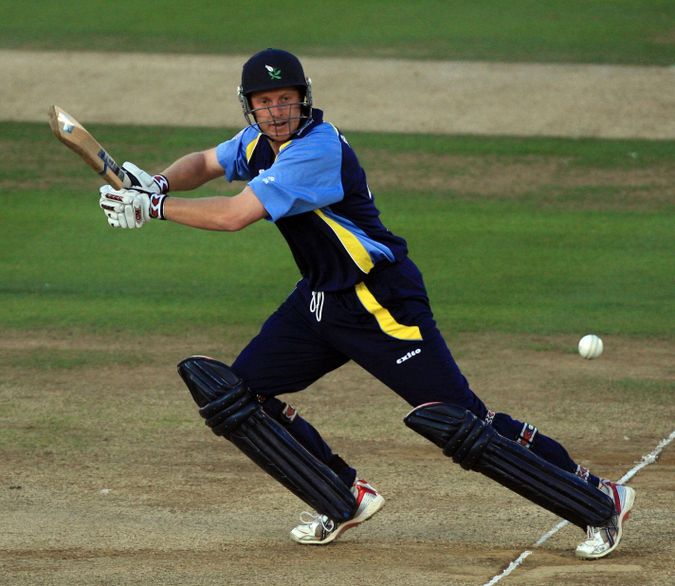 Suspended: Andrew Gale of the Yorkshire Cricket Club was suspended after it was discovered that a decade ago, he addressed a Leeds football club official online as “Yid.” By Getty Images

Cricket spread globally with the expansion of the British Empire, with the first international matches held in the late 19th century. By this time, elite Jews, often introduced to the game at school or university, had leisure time to relish cricket as a supposed promotor of Anglo-Saxon civic ideals.

So in colonial India, privileged amateurs delighted in the Bombay Jewish Cricket Club. In South Africa and Australia, Jews were also drawn to cricket as an opportunity for otherwise sedentary intellectuals and others to maintain physical fitness.

One such was London-born Israel Abrahams, author of “Jewish Life in the Middle Ages” and “Chapters on Jewish Literature.” Abrahams wrote about cricket for the Jews’ College Journal, published at a London rabbinical seminary.

Yet his avocation caused friction when Abrahams was appointed to replace Solomon Schechter to teach Talmud and Rabbinic literature at Cambridge University. In February 1902, a missive from Schechter chided Abrahams for his extracurricular interest in cricket as a distraction, among other time-wasting Anglophilia: “You must excuse my frankness with you, but this is a Rabbinic Chair, and the first thing which will be required from you is not Hellenism or English history, but the exposition of Rabbinic texts.”

Schechter’s disdain for cricket as trivial compared to Yiddishkeit was echoed by the father of Maurice Perlzweig, later an official of the World Jewish Congress. Perlzweig would recall that at a London school, he was taught to play cricket and football, which his father disapproved of as “rather barbaric forms of activity” that “took me away from serious things which I might have been doing.”

Such fears did not preoccupy non-observant Jews such as Theodor Herzl, whose utopian novel “Altneuland” (1902) predicted that in future, young Jews would avoid ghetto pallor by playing cricket on idyllic green fields. Cricket was included by Herzl among competitive games that would be played “like the English [do]” in an ideal Jewish colony.

Indeed, cricket pitches were constructed in pre-statehood Israel to make recent immigrants from South Africa, India, Australia and the United Kingdom feel more at home. The historian David Vital erred in claiming that “no one ever played cricket” in Palestine. In fact, settlers and British colonial officials, among them English Jews, were drawn to the sport. However, as in earlier years in Europe, when basic survival for inhabitants was at stake, focus on sport was necessarily intermittent.

Nonetheless, in 1920s Mandatory Palestine, cricket was seen as a means for judging an individual’s inner merit. When [Norman Bentwich,] (https://www.amazon.com/Hebraism-Greek-Anthology-Norman-Bentwich/dp/B00CLC2S6O/?tag=thefor03-20) the British Mandate’s attorney-general, dropped a ball during a match, he worried that another participant, high commissioner Herbert Samuel, would hinder his civil service career thereafter out of pique.

Meanwhile, in the diaspora, Jewish writers coping with a brutal century found equilibrium in cricket, even amateurs who played poorly like the English Jewish poet Siegfried Sassoon. From a wealthy family and hampered by shell shock from World War I military service, Sassoon wrote several odes to the sport.

Cricket was also a balm for recently escaped refugees from Europe, as recounted in Robin Devries’ “My Mother Took Me to the Cricket” about a German Jewish family’s assimilation to Australian life.

A 1939 photo in the State Library of New South Wales entitled “Jewish Cricket” shows spectators kvelling at a match played in Paddington, New South Wales, far from the hellish ordeals that European Jews were facing at the time. 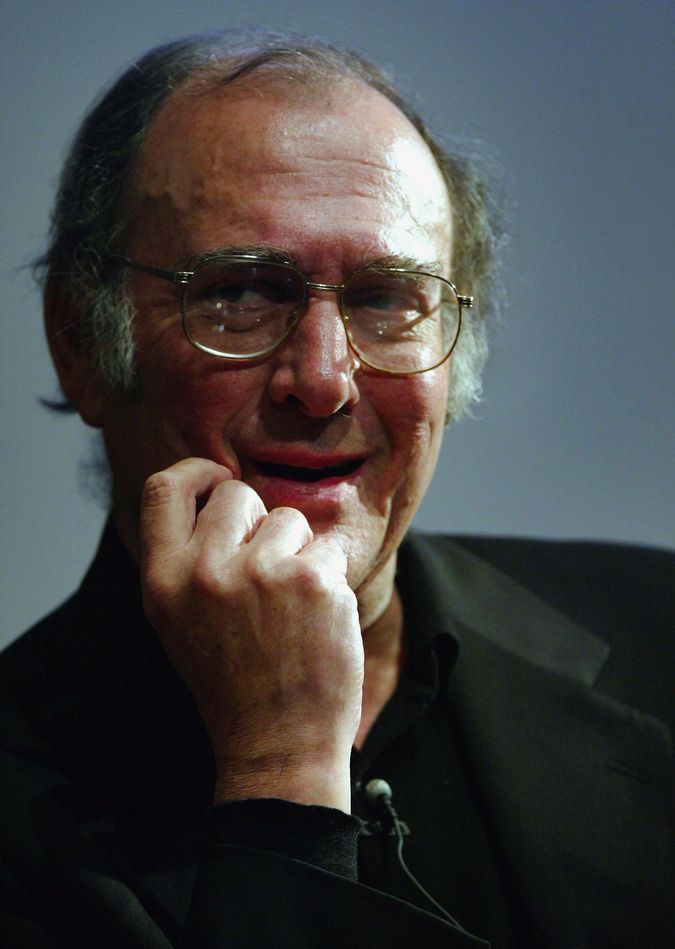 An Aspirational Game: Nobel Prize-winning playwright Harold Pinter’s reveries about the sport are best seen in allusions in his play “No Man’s Land.” By Getty Images

This aura of safety, protection and belonging, was part of why cricket was important for English Jewish writers who grew up during and after the war, like the playwright Tom Stoppard. Of Czech Jewish origin, Stoppard used cricket to assimilate to English ideals, as propounded by his antisemitic stepfather.

Yet he never wavered in his love for the game. In Stoppard’s play “The Real Thing,” a character likens the distance a ball is sent by a cricket bat to the impact of ideas put forth in dramas: “What we’re trying to do is write cricket bats, so that when we throw up an idea and give it a little knock, it might … travel.”

Even more violently attached to the game was Harold Pinter, whose often-brutal public persona was certainly not tamed by its presumed refinement. Yet Pinter, who played the game ineptly according to friends, saw cricket as an “aspirational” game. His reveries about the sport are best seen in allusions in his play “No Man’s Land” the characters of which are named after past great players, and cricket matches dramatized in his screenplays for the films “Accident” and “The Go-Between.”

Less literary were the sometimes obstructed efforts of real-life players. Norman Gordon, a South African Jew, felt that he was prevented from playing in England in 1947 because tour organizers feared that his presence might provoke anti-Semitic response from fans.

Historians of the game assert that the English cricketer Percy Fender was also restricted in his career because he was falsely suspected of being Jewish. In response, some Jewish players in England, South Africa, and elsewhere concealed their origins. Sydney Olinsky, a South African Jew, claimed to be an Irishman named Sid O’Linn.

Eventually, a certain exotic cachet became attached to Yiddishkeit. In his later years, a garrulous star named Fred Trueman, definitely non-Jewish according to his official biographer, fictitiously claimed to have Jewish roots.

Given this background, the notion of racist tensions being resolved by love for cricket, as Lightman and Schama proposed, was best displayed in a 2003 film “Wondrous Oblivion,” set in 1960s London. In the movie, David Wiseman, a Jewish son of East European immigrants, grows close to his Jamaican neighbors because they share his obsession with cricket.

The movie’s moral is that lasting ardor for cricket may overpower mere transitory expressions of antisemitism or other racism.

In cricket, instances of antisemitism amid a rich Jewish history