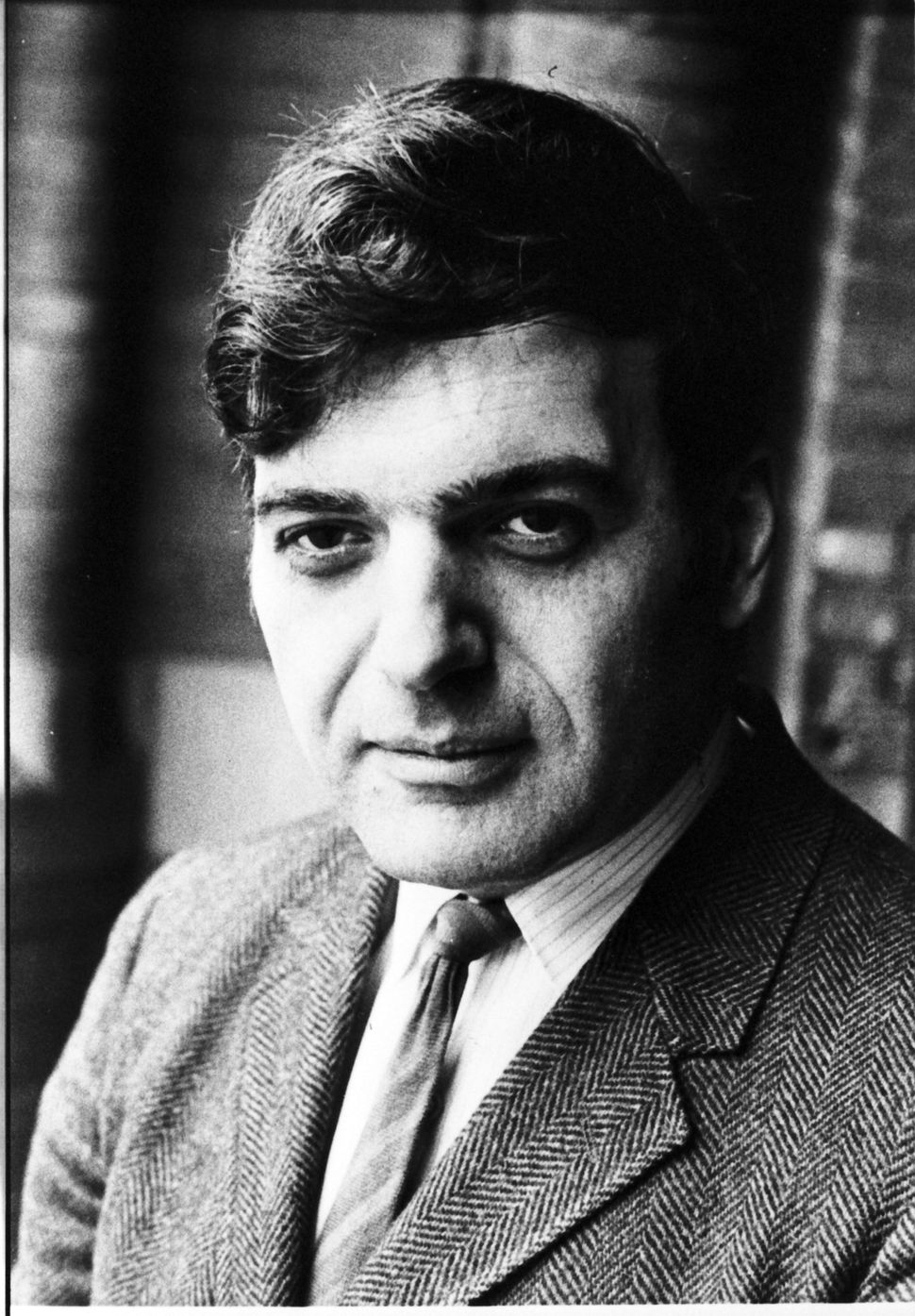 The French historian Sylvie Anne Goldberg is author of “Clepsydra: Essay on the Plurality of Time in Judaism” and “Crossing the Jabbok: Illness and Death in Ashkenazi Judaism in Sixteenth- through Nineteenth-Century Prague.” Her “Transmitting Jewish History” collects autobiographical conversations with the historian Yosef Hayim Yerushalmi. Recently, Professor Goldberg discussed with Benjamin Ivry, who translated the latter book into English, about insights into Jewish history and experience gained from her discussions with Yerushalmi.

Benjamin Ivry: Yerushalmi was born Joseph Hyman Erushalmy in the Bronx, and apart from inventing the spelling of his name, he spoke with an accent described as half-Bronx, half-Oxford, although he was not raised in the United Kingdom. Where did this resolve to reinvent himself originate?

Goldberg: Listen, we never spoke about that personally. When I was writing “Transmitting Jewish History,” I spoke with the medievalist Ivan Marcus who studied at Yeshiva University with Yerushalmi, and I asked when did he become Yerushalmi. Marcus told me he was always Yerushalmi, with the charisma of someone who decided to make himself into something different than what he was.

As a boy, Yerushalmi acted in plays for the Yiddish Art Theatre of New York at Camp Kinderwelt in New York, organized by the Farband Labor Zionist mutual aid association. Yerushalmi refused a leading role in “The Family Carnovsky,” a play adapted from a novel by Israel Joshua Singer. He claimed he was repelled by “petty rivalries, envies and jealousies” of Yiddish actors, but was doubtless unaware that things might be even worse in academia. Yerushalmi would later praise the theologian Abraham Joshua Heschel as an “excellent actor” who “knew how to use grandiloquence when necessary.” To what extent did Yerushalmi remain an actor, or as he said to you, aware of “there being two people within” him?

Yes, he was very sure about being two people. The great professor Yerushalmi was his exterior but inside, he was also the little kid from the Bronx. He was very self-confident, but also a little boy not at all sure of himself, afraid of not being up to achieving his ambitions. I attended his courses in France, and before each class he trembled like a leaf. We wondered if it was Parkinson’s disease. It wasn’t Parkinson’s, but stage fright.

How many years of interviews are represented in “Transmitting Jewish History?” You have written many studies of Jewish history; why do these published conversations contain so little spoken by you?

My first interview with Yerushalmi was in 1984, when his “Zakhor” was published in France. I enjoyed getting him to talk about himself. So there were times when we spoke a lot. My publisher asked me for a book of conversations with him around 2003. The manuscript was finished around 2007 or 2008. By then, he had reconsidered the project and never read the first draft of the typescript by the time he died in 2009. There were long conversations, but I removed my voice completely. I personally felt my input might not be the most interesting thing in the book.

Despite Yerushalmi’s overtures at friendship, his Columbia University colleague Edward Said refused to speak with him. How do you see Yerushalmi’s analysis of Said’s motivations, rather fuller in the original French edition of “Transmitting Jewish History?” Yerushalmi considered that Said, from a privileged upbringing, reinvented himself as a champion of the downtrodden Palestinian people.

And for Yerushalmi, it was the contrary. Yerushalmi came from a very poor family, very humble and modest, and tried to construct for himself the profile of a great professor. He told me that his family’s apartment was so small, there was no room for books. His father taught Hebrew at a subsistence level. From that, Yerushalmi built the identity of a great professor who possessed scholarly authority, everything his father didn’t have. Whereas Said came from Palestinian aristocracy and presented himself as spokesperson for impoverished Palestinian people. So it was really the opposite.

Yerushalmi had many worshipful students, but David Myers also described him as a teacher who could be “terrifying” and “intimidating.” Once Yerushalmi was infuriated by an homage from Myers, misreading it as an attempt at “patricide.” Yerushalmi’s own mentors like Salo Baron were never violent in this way.

Look, there were many generations of Yerushalmi students. Before meeting Yerushalmi, I became acquainted with him through his first generation of students, whom I met in the Jerusalem Archives. This was the generation of students before David Myers and Yerushalmi didn’t deal with those students the same way. A friend of mine who was an early student of Yerushalmi’s at Harvard said they didn’t idolize him the way later generations did. There was always a duality in his behavior. Even when he was a student at Yeshiva University, he terrified others. Simultaneously, there was charisma and fear. He knew how to play with charisma; he learned that very early.

Before dying of emphysema, Yerushalmi chain-smoked cigarettes in his office and elsewhere. For him, was tobacco essential for intellectual work, as it was for Aron Ettore Schmitz, the Italian Jewish novelist whose pen name was Italo Svevo?

I don’t remember what Yerushalmi smoked in France, but in America he chain-smoked Lucky Strikes until he was given oxygen therapy, and then he smoked secretively. Part of his rapport with cigarettes involved his relationship with his father, and the pleasure of Shabbat. Yerushalmi told me that his father smoked a lot, and transgressed Shabbat to light a cigarette. So I always thought that when Yerushalmi lit a cigarette, it corresponded somehow with his father. Of course it could have just been a means to gain self-assurance or to use as a crutch, as with other smokers.

Colleagues like John Efron have stated that Yerushalmi claimed he didn’t teach the Holocaust to pupils because it was too painful, but he told you that the Holocaust is overdiscussed, especially in America, and first people must learn Jewish cultural history to understand Yiddishkeit. Which was the real reason?

In terms of the Holocaust, he didn’t teach contemporary Judaism. During the Holocaust, Jews were treated as victims and objects, and Yerushalmi had no wish to discuss that.

His “Freud’s Moses: Judaism Terminable and Interminable” was praised by Jacques Derrida, but criticized by the Jewish psychoanalysts Denise Weill and Marie Moscovici for misrepresenting psychoanalysis as a Jewish science.

It’s more complex than that. I’m not an expert in psychoanalysis or Freud, but for his own reasons, Yerushalmi wanted to re-establish the personality of Freud, and used Freud to speak about himself. He felt Freud had been wrongly depicted by writers on his “Moses and Monotheism.”

Yerushalmi was a passionate book collector, and the way he describes Gershom Scholem essentially stealing books from colleagues is somehow unpleasant, with intellectual appetite shown as a form of acquisitiveness.

As a practical matter, today everything is digitized. But before, researchers had to travel to see items in international libraries. You could only study books that were in your own collection or in libraries you had access to. So times have changed. For Yerushalmi, accumulating books wasn’t a collection of property, but of possibilities.