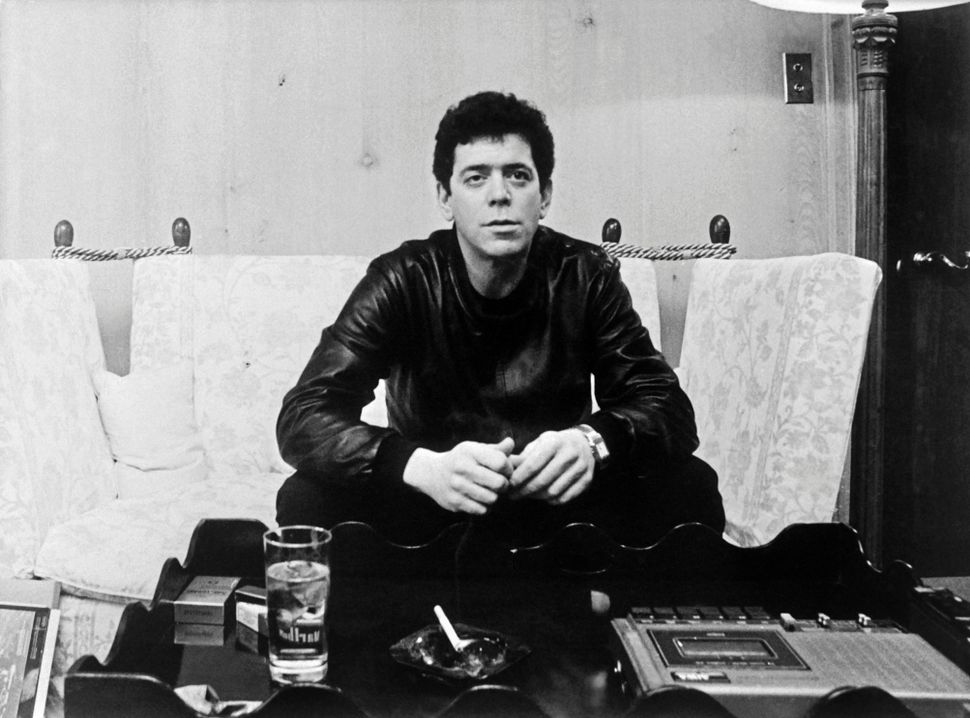 The poet and writer Delmore Schwartz, who at 25 published one of the most dazzling collections of stories ever written, “In Dreams Begin Responsibilities,” was born in Brooklyn to Jewish immigrants in 1913. A James Joyce obsessive (see his papers at Yale’s Beinecke Library for a look at his brilliant annotated “Finnegans Wake”), he had a remarkable and bitterly short life, dying alone in the Chelsea Hotel at 52 in a sort of cruel reversal of the immigrant son’s American Dream. But a few years before he died in 1966, he taught creative writing and literature at Syracuse University, where he was Lou Reed’s teacher.

Lou Reed, who grew up in a Jewish family in suburban Long Island, moved from the radical Velvet Underground to his solo career, carrying with him the “spirit” of Delmore Schwartz, who famously told Reed he would come back and haunt him if he betrayed his talent.

While the Velvet Underground’s “European Son,” the last track on their 1967 debut album, “The Velvet Underground & Nico,” released a year after Schwartz’s death, accuses the world of killing Schwartz (“You killed your European son / You spit on those under 21”), there are few lyrics in the nearly eight-minute track, which is ironic as the two icons are connected not by music but by writing. And so it is Lou Reed’s more considered and tender “My House,” released 15 years later on his 1982 solo album, “The Blue Mask,” that is a true lyrical homage to his mentor.

The song begins with an introduction to the speaker’s house, a metaphor for the unconscious explored so extensively in Schwartz’s work. In the second stanza Reed sings: “My friend and teacher occupies a spare room / He’s dead, at peace at last, the Wandering Jew / Other friends have put stones on his grave.”

Lou Reed saw those stones. Laurie Anderson, Lou Reed’s wife and now widow, wrote that she found out that Reed was anonymously caring for Schwartz’s grave. The literary consciousness is alluded to as well when Reed sings: “I missed your jokes and the brilliant things you said / My Dedalus to your Bloom.” Here he refers to James Joyce’s alter ego, Stephen Dedalus, and the half-Jewish protagonist of “Ulysses.”

There is much more to be said on the literary allusions at play both in Joyce’s and Schwartz’s work, as well as in Reed’s referencing, but ultimately, it is the benevolent presence of literary ghosts (the “spirit of pure poetry / Is living in this stone and wood house with me”) that fills the speaker/singer/writer’s house. “And to find you in my house,” Reed sings two stanzas later, “makes things perfect.”

The song culminates with the refrain sung four times: “Our house is very beautiful at night.” Judaism is replete with the number four: four matriarchs; four questions; four glasses of wine. I like to see it in “My House” as a representation of the Hebrew letter dalet, which means door. From Delmore Schwartz to Lou Reed, a door leading into the house of the subconscious; a path into the house of art where talent was neither taken too soon nor ever betrayed.

Jennifer Gilmore, an assistant professor at Lafayette College, is a novelist and screenwriter.