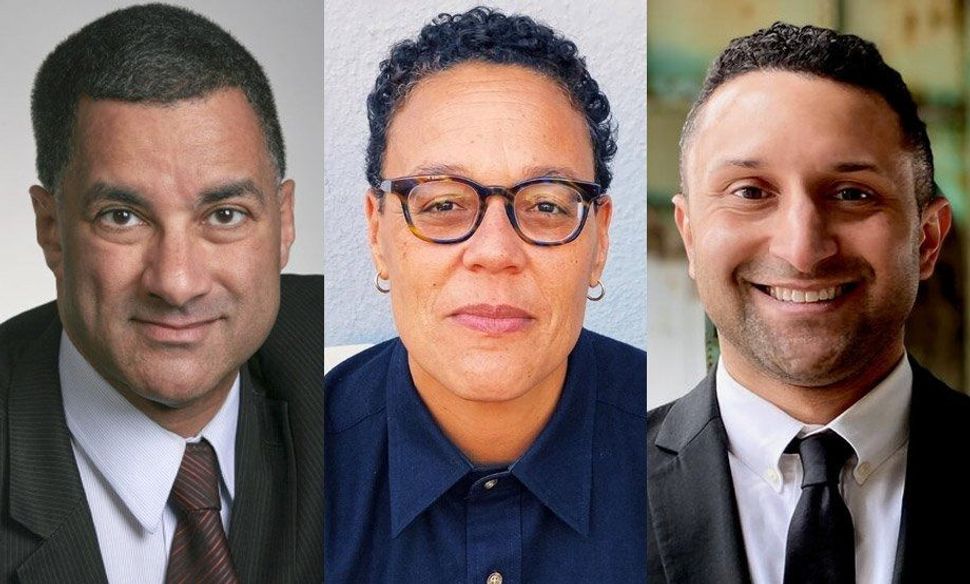 This series will take place online over four sessions in Februrary.

We’re proud to partner with 92nd Street Y to present “Black Jewish History/Black Jewish Futures Month,” an opportunity to recognize and celebrate the lives of Black Jews in the United States.

Throughout the month of February, Black Jewish leaders will lead online sessions that explore the experiences of Black Jews through their activism, music, and leadership in the Jewish community and around the world. All sessions will be online.

Session #1: February 1 Telling the Story: The most important Jewish Civil Rights leader you may not have heard of
Forward Editor-at-Large Robin Washington

While Jews most often associated with the Civil Rights Movement include Rabbi Abraham Heschel and the martyrs Andrew Goodman and Michael Schwerner, another significant figure deserves recognition: Charles McDew, the chairman of the Student Nonviolent Coordinating Committee during its most dangerous early days. Robin Washington, editor-at-large of the Forward, shares McDew’s life, their personal connection as Black Jews, and an excerpt from McDew’s posthumously published memoir, Tell The Story.

For decades, small groups of African Americans worshiped as Israelites, yet were unrecognized by mainstream Jewish congregations. A little-known effort in the 1960s, however, attempted to bridge that gap. Called Hatzaad Harishon, it sponsored joint activities, particularly focused toward youth. While it eventually collapsed, are there lessons we can learn from it today?

Session #3: February 17 Beyond the Count: A discussion of Jews of Color Today
Ilana Kaufman