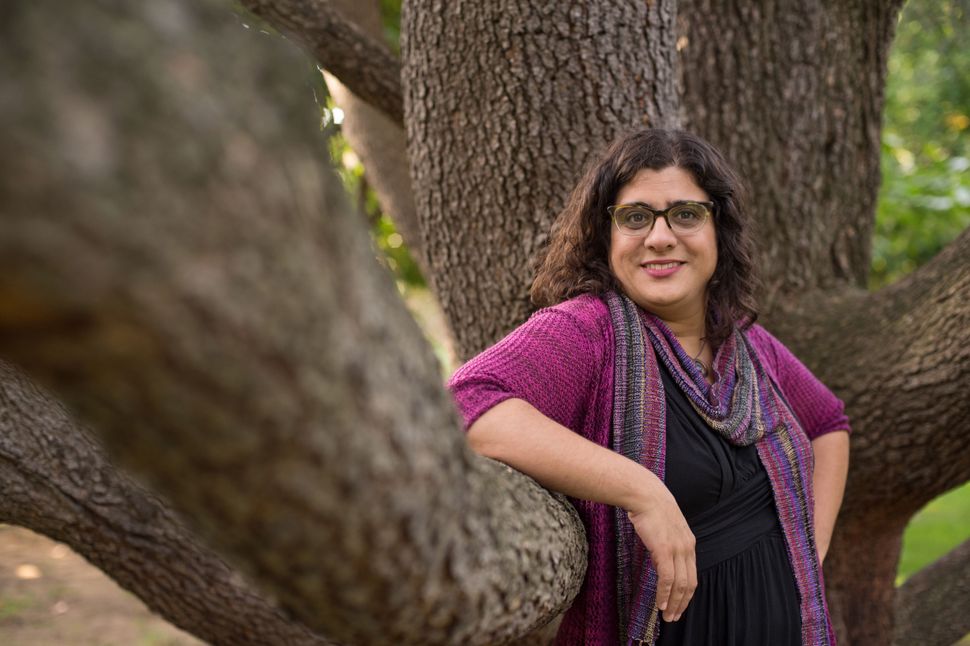 A new initiative to recover, study and elevate the voices and experiences of Jews of Color in the United States is launching at the University of Colorado Boulder with the support of a three-year, $250,000 grant from the Henry Luce Foundation.

“Jews of Color: Histories and Futures” is spearheaded by Samira K. Mehta, assistant professor of Jewish Studies and women and gender studies at the university. She is also the author of “Beyond Chrismukkah: The Jewish-Christian Interfaith Family in the United States,” which was a finalist for the 2018 National Jewish Book Award in American Jewish Studies.

Mehta’s impetus for “Jews of Color” is both professional and personal. “As a South Asian Jew, I want to talk about what happens if you are somebody who has a foot in both worlds where you experience racism in one world and antisemitism in the other.

“I kept finding myself in networks of Jewish scholars who wanted to think about Jews and race, but very rarely were scholars of color really centered in the knowledge production. As the only person of color in the room, I found my thoughts and perspective sort of getting shunted aside. Listening to white people imagining what conversations about Jews and race should sound like, I wondered what this would be like with Jews of Color,” she said.

She noted the “very complicated” relationship between white supremacy and American Jewish culture. “When you’ve been hurt by white supremacy, how do you grapple with the fact that you’ve also benefited from it? I want to get at that by talking about how Jews of Color experience predominantly white Jewish spaces,” she said.

There are four primary areas in the initiative: a working group of scholars, artists and activists from diverse communities; a digital archive centering the experiences of Jews of Color, focused on oral histories; public conversations; and publications, programs and creative projects focusing on such topics as Jews of Color, racism, white supremacy and American Jewish life.

“Jews of Color,” which will begin July 1, 2022, is a “deeply collaborative” partnership between the university’s Program in Jewish Studies and university Libraries, program director Elias Sacks stated on the school website. Mehta expressed her appreciation for the support she received. “There are so many good people who do a lot of good work who got really excited about a chance to make a difference. I’m really grateful for this chance to change the world.”

This project builds on the legacy of the Center for Afro-Jewish Studies, which was founded and run by Lewis Gordon, then a professor of religion, philosophy and Judaic studies at Temple University in Philadelphia. Gordon, a Black Jew, founded the center in 2004 to produce research, education, publications and a digital archive that raised awareness of different kinds of Jews. The center – hailed as a groundbreaking initiative – trained doctoral students, mentored undergraduate students of different races, and inspired diverse communities to work together.

“We brought to a global level a 21st century conception of thinking about Jewish peoples in the plural sense, and brought out the diversity of Black Jews,” said Gordon, who plans to pursue a related project at the University of Connecticut where he is a professor of philosophy and Jewish studies. The center was dismantled when Gordon left Temple in 2014.

Gordon said that he would like to see the University of Colorado Boulder “Jews of Color” initiative “create interactive learning resources that address the richness and complexity of how to understand and talk about Jewish people in our diversity at all levels, form partnerships with a variety of communities, and bring together a cross-generational group of some of the best minds working in that area globally as an open access resource for anybody who is trying to deal with these issues.”

Jonathan VanAntwerpen, program director for religion and theology at the Luce Foundation lauded Mehta’s project, in particular its “aims to recover and amplify the voices of those members of the American Jewish community who identify as people of color.”

Sandra Lawson, one of the first openly gay, female and Black rabbis in the world, and the first director of racial diversity, equity and inclusion at Reconstructing Judaism, the central organization of the Reconstructionist movement, said she looks forward to the university’s initiative broadening the conversation. “For so long we’ve told Jewish narratives through a particular lens,” said Lawson, who is a member of the project’s working group of scholars, artists and activists. “I think that anything we can do in 2022 that shows a broader picture of Jews of Color, a broader picture of the beautiful tapestry of the Jewish people, a broader tapestry of the people in the United States, is good.”