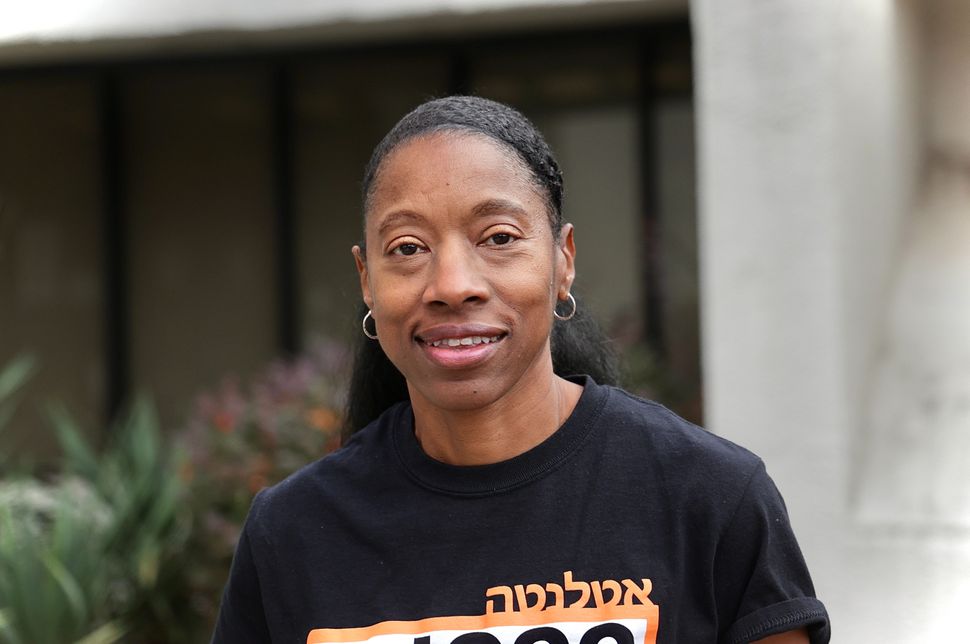 How does the Rev. Martin Luther King, Jr.’s legacy apply to equity, diversity, and inclusion in Jewish communities?

A panel of Jewish changemakers all hailing from different racial backgrounds tackled that question at the MLK, Jr. Day – Jewish Social Justice Summit 2022 held online Sunday, Jan. 16, by the Atlanta Jews of Color Council. They began answering it with a search for truth.

“We have to speak the truth about where our Jewish community stood in the most crucial times. We need to be honest about where our institutions stood during civil rights,” said Stacey Aviva Flint, the executive director of Congregation Bonai Shalom in Boulder, Colo.

“Then we can decide if we weren’t on the right side of history, and ask what can we do today? We need to acknowledge it, discuss why it happened, and then we need to be willing to sit down with our leaders of color and actively support all civil rights, including voting rights,” she said.

Though the sponsoring group is based in the city hailed as the Cradle of the Civil Rights Movement and Martin Luther King’s hometown, the event wasn’t a march through a dreamy past. The speakers were chosen as national Jewish activists who have earned a reputation for working toward tikkun olam. Along with Flint, they included Jesse Rabinowitz, senior manager of policy and advocacy an organization which fights homelessness in Washington, D.C.; SooJi Min-Maranda, executive director of ALEPH: Alliance for Jewish Renewal, a national nonprofit that brings spiritual vitality and passion into the daily lives of Jews through programs that empower leadership, build communities, and generate powerful experiences and practical resources; and Mariely Luengo, co-founder of West Tribe Food Co-op, a nonprofit that serves and assists the Jewish community on Cleveland’s west side.

In his keynote – presented more as a Q&A session with Fulcher-Raggs – he elaborated on Flint’s observations of the Jewish community’s historical record on civil rights. In answer to Fulcher-Ragg’s question what do Jewish people “need to get back to doing to keep civil rights and social justice moving into 2022,” his response was direct:

“I don’t think it’s something we need to get back to doing as much as it’s something we need to start doing,” he said. “One of the things we need to start grappling with, particularly in the white mainstream Jewish community, is how to interact with other communities without centering white Jewish narratives. That stops us from creating deep meaningful relationships with other communities that we sorely need. We can’t afford to alienate allies by only centering white Jewishness.”

Rishon is working on a multi-volume commentary on the Torah (“B’Esh Sh’chorah/In Black Fire: A Commentary and Anthology on the Torah”) due to come out in late 2022.

Panelist Jesse Rabinowitz, a self-described white Jew, called for the need to embrace an intersectional approach to social justice.

“Antisemitism works to pit marginalized communities against each other,” he said, “to keep us punching aside instead of punching up and working together to defeat capitalism and white supremacy.”

He said that “the white folks on this call have to acknowledge that all of us have to take the conscious and deliberate steps to unlearn all that we’ve learned.”

Min-Maranda shared her own evolving awareness of intergroup relations among People of Color, saying: “I used to think that my own identity as a Korean-American immigrant would be erased, traded away or bartered” if she championed for other groups.

“I’ve since realized that here in the U.S., it’s extraordinarily important that we center the voices of those most impacted by racism, and that is Black and Brown people,” she continued. “I am stepping back and using my privilege to center those Black and Brown brothers and sisters in their fights to change their lives and get the justice that they deserve.”

The session opened with a prayer and brief report updating Saturday’s hostage taking in Colleyville, Texas. Before the event, Fulcher-Raggs described the AJOCC to the Forward as a consultancy for Jewish Equity, Diversity, and Inclusion, and affinity gatherings allowing Jews of Color to show up authentically and feel they’re in a safe space.