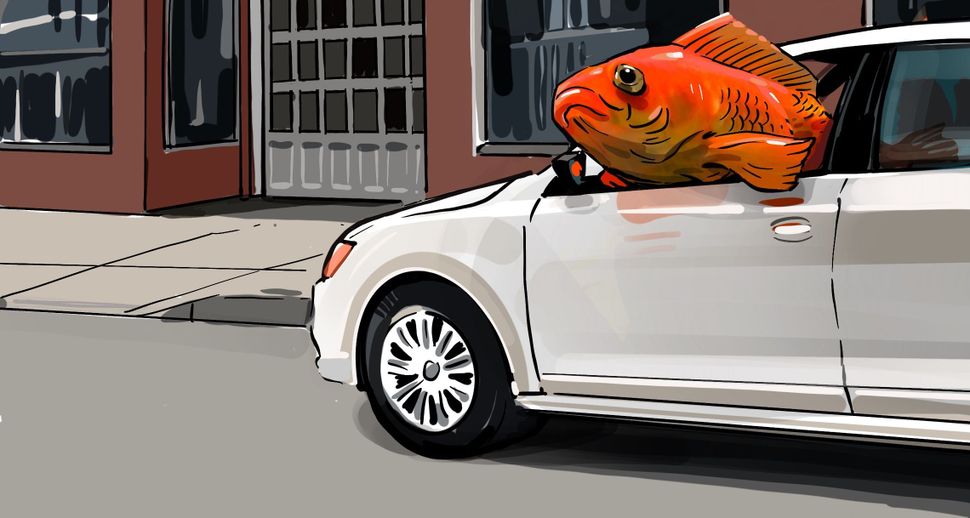 In Israeli author Etgar Keret’s short story collection “Fly Already,” a goldfish exits his bowl, puts on a pair of slippers and tunes into CNN. Of course it’s fanciful, but in real-life Israel, goldfish are already learning to drive – sort of.

A team of researchers at Ben-Gurion University of the Negev have trained fish to steer a robotic car with the aim of learning more about how they see and navigate space.

“It tells us something very deep in our understanding of the brain,” Ronen Segev, a professor of Life Sciences at BGU and an expert on fish neurobiology said in a Wednesday Zoominar. “It tells us something about the universality of solutions, brains can actually use when they try to cope with different computational problems, let it be vision or spatial cognition.”

How does it work? A fish is placed in a tank on top of a robotic vehicle, designed by Matan Saminha, a masters student of biomedical engineering at BGU. A camera above the fish captures its movements and sends signals to the wheels to go in the direction where the fish is swimming, towards a pink target on the wall of a room. (Pink was chosen because the team already had large pink poster boards in the lab.)

“Once it reaches the target, it gets a little food pellet, which keeps him wanting to come back for more,” said Shachar Giron, a PhD candidate at BGU studying fish environment and navigation.

The idea for driving fish developed with the team’s desire to give their tank-bound swimmers a larger playground, allowing them to move on land to see how they manage unfamiliar territory. Segev believes greater knowledge of fish navigation could influence how we maintain marine environments. Ohad Ben-Shahar, head of BGU’s School of Brain Sciences and Cognition, believes that their research may some day be leveraged to help astronauts maneuver through space.

With write ups in the Wall Street Journal, and even a “Fast & Furious”-flavored parody on “The Late Show,” the driving goldfish may “look like entertainment,” Segev said, but the experiments probe deep scientific questions about how fish – and even dissimilar animals like humans – process their environment and decide to move through it.

The media attention has also helped bust a longstanding myth about the persistence of fish memory, often said to last just a few seconds. While probably not the first to learn this, the BGU team has found that their goldfish, brought out of retirement to perform their driving, didn’t need to be retrained from when they first took the wheel a year ago.

“I would put the fish in the tank and take it all the way back to the pink target as if no time has passed,” said Giron. “So a year is a lot more than three seconds.”

When I asked, via the Zoom Q&A, if goldfish chauffeurs were in our future, though, the researchers were less than encouraging.

“That was not our intention,” Ben-Shahar said.