A Hasidic village in New York is paving the way for a ‘white, Christian, conservative’ America 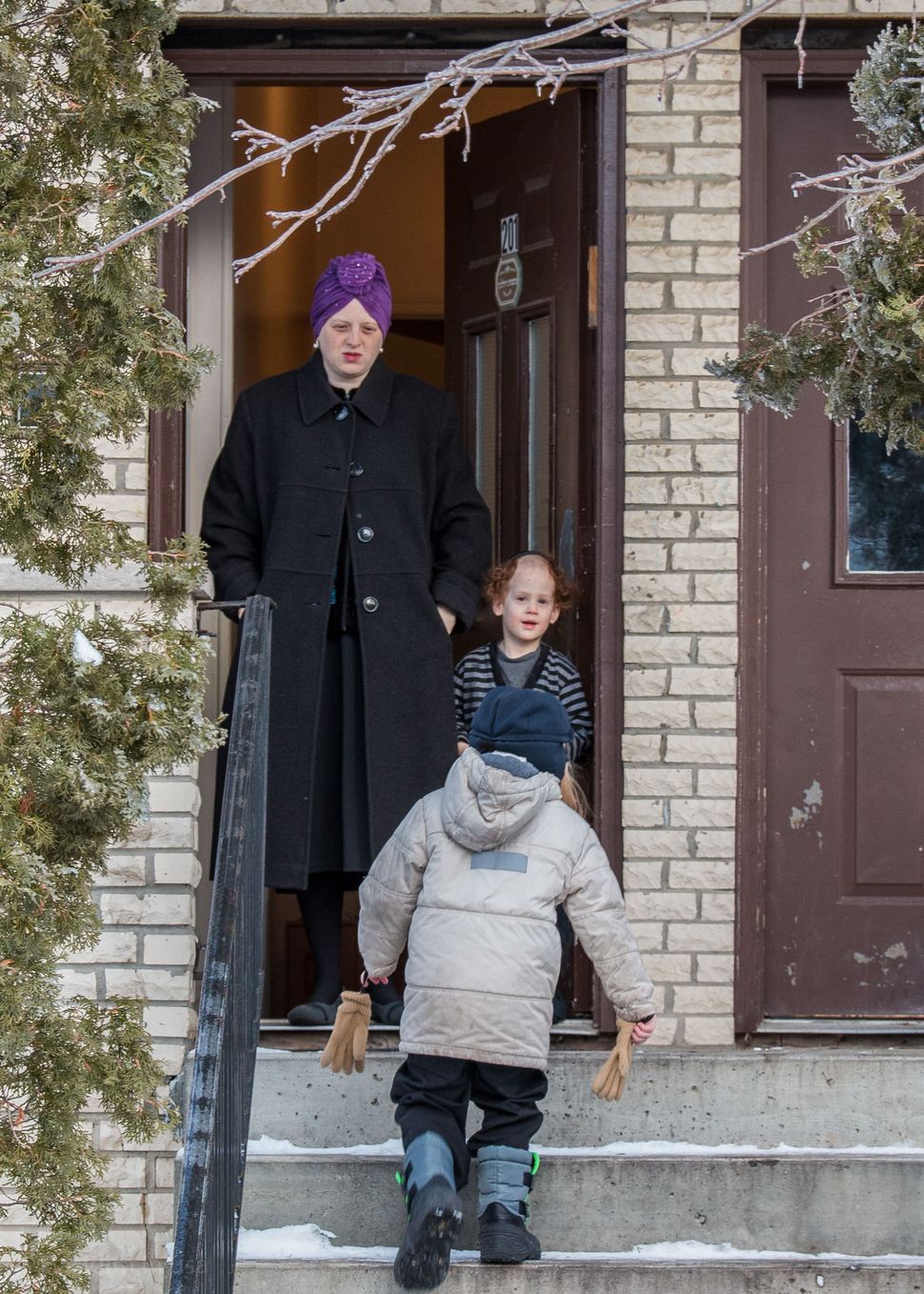 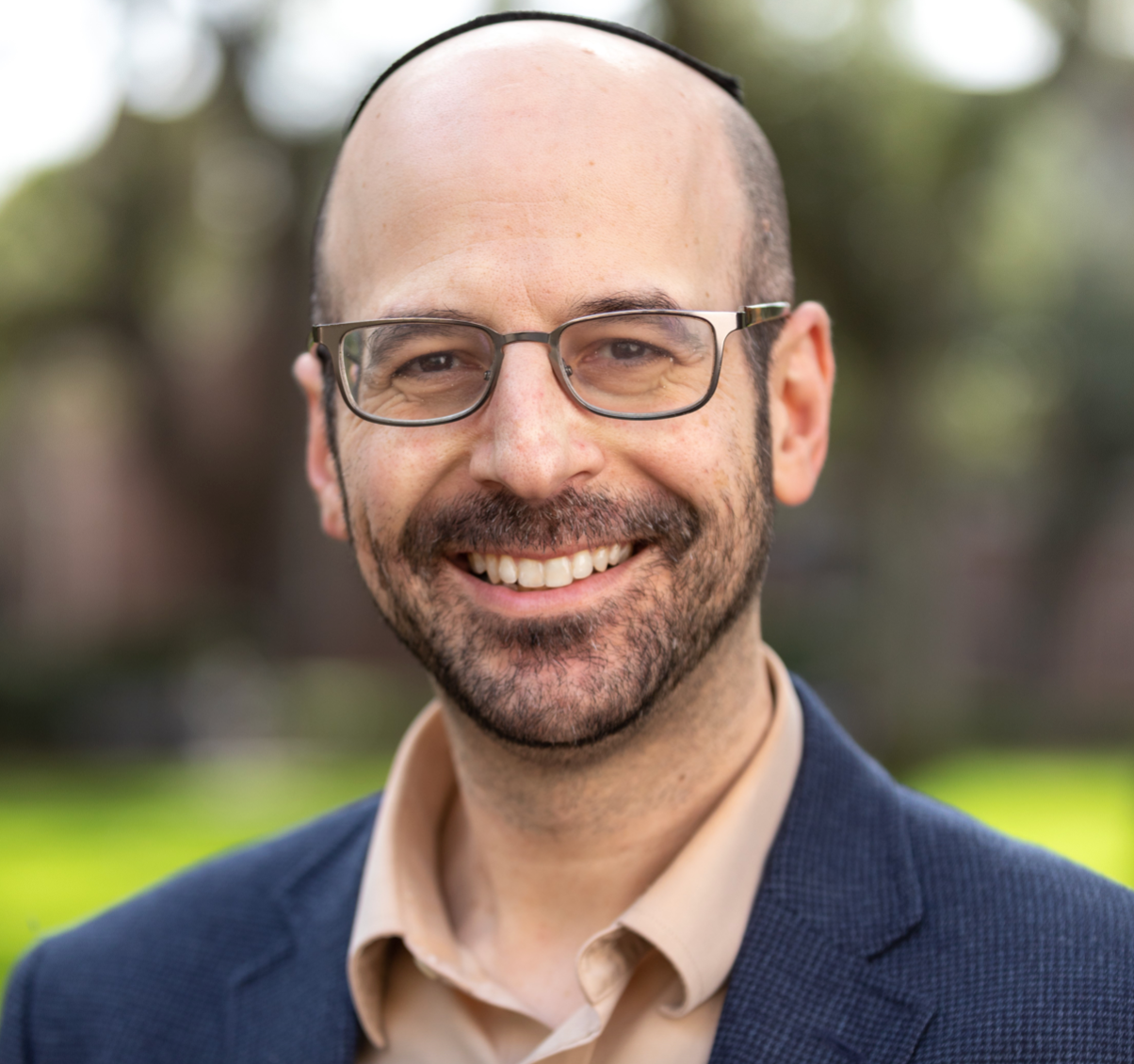 Years ago, friends of mine visited the Satmar village of Kiryas Joel, established in 1977 in upstate New York. “It was amazing,” one of them said of the streets and shops filled with men and women in traditional black clothing. “Literally everyone was Hasidic. It was like visiting Eastern Europe a century ago.”

Actually, I pointed out, Eastern Europe wasn’t anything like that, least of all the Romanian city of Satu Mare, the home base of the Satmar. A century ago it was bustling with secular culture, diverse Jewish politics, and — above all — non-Jews, who constituted three-quarters of the population.

Indeed, a community like Kiryas Joel could never have existed in Europe. It is a uniquely “American Shtetl,” as the title of a new book about the town by David Myers and Nomi Stolzenberg suggests.

In “American Shtetl,” Stolzenberg, a professor of law at the University of Southern California, and Myers, a professor of Jewish history at UCLA, provide the definitive study of Kiryas Joel, its history, people, and its profound relevance for America and American Jewry well beyond the town’s 25,000 residents. 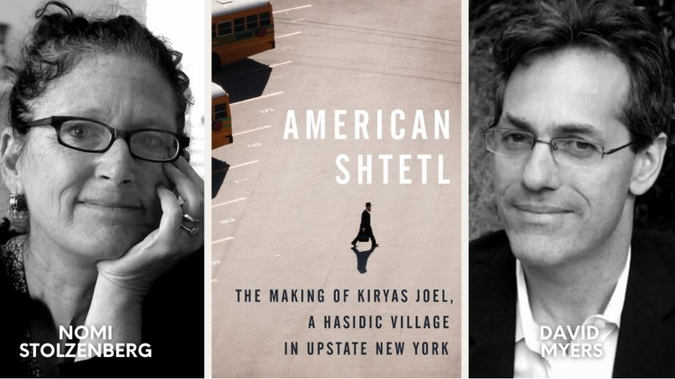 The authors of “American Shtetl” understand Kiryas Yoel not as an authentic Eastern European Jewish town, but as a recreation of a mythic past built on uniquely American features: above all, the power of religious freedom, private property, and state welfare.

The book is divided into two sections. Part one describes the “past and present” of the city. It opens with a detailed portrait of life in the village today: religious life, gender roles, education, politics, work, charity networks, and economy.

Kiryas Joel is one of the poorest cities in the country, suffering four times the national rate of poverty with over 93% of its residents on Medicaid.

It remains an extremely homogeneous community, where religious or cultural deviance is punished, sometimes harshly. The regular presence of violence in the village against those who reject the rebbe’s leadership – slashed tires, torched cars, smashed windows, physical assault, and even death threats – constitutes a steady part of this story.

Though the town’s leadership always claimed it was the action of young “hotheads,” the authors make it clear that it was a “direct result” of the victims’ resistance to the leaders’ authority. One famous sermon of the rebbe, the “Ki sisa drusha,” openly instigated these attacks.

In the village, religious and political authority are deeply intertwined. Beyond social consequences for defying rabbinic leadership, the rebbe essentially appoints all local political office holders, despite the technical compliance with democratic procedures. Thus religious authorities wield both private and secular power.

The book jumps back to review the history of Satmar Hasidim – relative latecomers to the Hasidic world despite today constituting its largest faction – and their first rebbe, the late Joel Teitelbaum , after whom the village is named.

After losing his entire family in the Holocaust and escaping on the famous Kasztner train which spirited hundreds of Hungarian Jews to safety, the anti-Zionist Teitelbaum failed to find a place in Palestine and ultimately settled in Williamsburg, Brooklyn in 1946.

In Williamsburg, the Satmar Hasidim paradoxically attempted to create their own “fortress” of isolation through active engagement in urban politics – to a far greater extent than their prewar ancestors – as documented in last fall’s brilliant study of the community, “A Fortress in Brooklyn”.

They navigated the anti-poverty programs established by Lyndon Johnson, built alliances with political elites in both parties, worked alongside other minorities on local community boards, and even developed robust and often violent neighborhood watch groups that, like the Jewish Defense League and Black Panthers, evinced no small measure of ethnic pride.

Nowhere does what the authors call the Satmers’ “unwitting assimilation” into America appear more obviously, however, than in their decision to flee racially mixed Brooklyn to the suburbs to create a homogenous village of their own.

As the authors note, the “establishment of culturally – and racially – monolithic residential concentration in the suburbs” is the norm, not the exception in America, achieved through exclusionary zoning and other practices, legal and illegal. Above all, it was the ability of the community to purchase wide swaths of land, which they then sold or rented exclusively to their own people, that enabled the village to start and grow.

The book’s more substantial second part traces the staggering number of court cases coming out of Kiryas Joel since the 1980s in the context of major changes in American jurisprudence and political culture over those same decades.

The most famous is certainly the lawsuit brought by Louis Grumet, executive director of the New York State School Boards Association, against the creation of an exclusively Hasidic public school district in the village, established with the support of political leaders of both parties. The lawsuit reached the Supreme Court, which in a series of decisions moved from ambiguous opposition to broad support for the school.

The lawsuits hinged on a conflict of principles within the First Amendment between the prohibition of the state establishing a religion and the guarantee of freedom of religion, an ongoing debate in America that has decidedly swung toward the latter position in recent years. Indeed, Kiryas Joel was not merely the beneficiary of the rise of conservative jurisprudence but constituted the most important judicial battle that changed the law in its favor.

Remarkably, however, even more of the lawsuits were purely internal affairs, a result of a split among Satmar Hasidim in the aftermath of their rebbe’s death in 1979, with at least three different camps eventually operating in the Satmar community. This incredible litigiousness, despite the strong traditional prohibition against turning to the secular courts, along with their growing political and legal savvy, reflects one of the most obvious aspects of their “unwitting assimilation.” Indeed, the first lawsuits were filed by the most segregationist of the groups, those who opposed the creation of the public school itself.

Satmar’s assimilation into America manifested in countless other areas too, all well documented in this volume. We’ve already seen their suburbanization, litigiousness, and modern political savvy. Add to this their defense and advocacy of disability rights, economic liberalism, increasing use of the internet, even feminism, manifest in growing numbers of women working outside the home as much for personal gratification as economic need, according to the authors’ research.

Readers may be forgiven for getting lost in the dizzying array of lawsuits filed by and against Satmar Hasidim in Kiryas Joel and Williamsburg. The authors helpfully include a glossary of major figures in the narrative, but the book is designed to be a comprehensive account of this history, and it certainly accomplishes this goal.

The book is framed from the beginning by noting the community’s political transformation in 2020. In 2016, the village split 55/45 for Trump, but by 2020 a staggering 99% of the village voted for Trump.

Yet, the book demonstrates how this assimilation into America generally – and white, conservative Christian culture in particular – had actually been developing for decades. The foundation of Kiryas Joel coincided with the rise of Jerry Falwell’s Moral Majority, founded in 1979.

That movement pushed the effort to promote Christian values in the public sphere against the earlier ethos of integration and liberal humanism, an effort that began to bear fruit with the election of Ronald Reagan and has since transformed the American judiciary.

It was that latter vision, of America as a Christian nation, that fit Satmar. This is perhaps best symbolized by the fact that their most successful and well-known advocate has been Jay Sekulow, a Messianic Jew and former Trump legal adviser who “fused Jewish belief and Christian evangelicalism.”

Kiryas Joel, in other words, is bigger than Kiryas Joel, both for American Jews and America writ large. “It is also a community,” Myers and Stolzenberg write in conclusion, “that serves as a revealing mirror of American society, exposing deep roots and fissures in the animating ideas of this country.”

A Hasidic village in New York is paving the way for a ‘white, Christian, conservative’ America