For the end of an era, the top five Jewish moments of “Arthur” 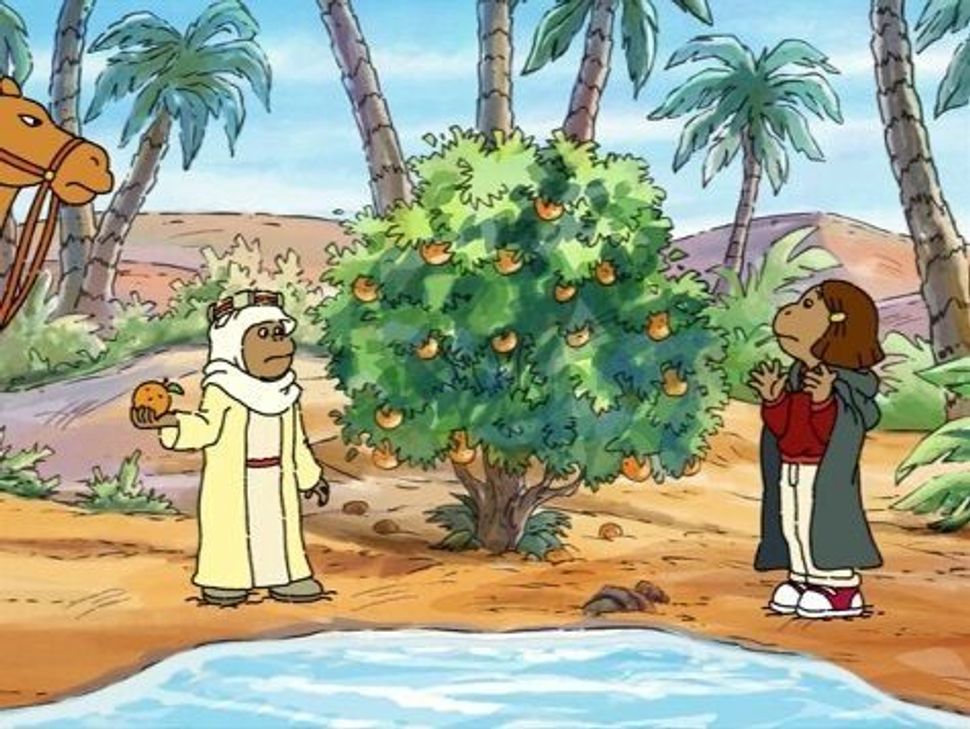 I grew up without cable, which means there was no “Powerpuff Girls,” no “Hey Arnold,” no “Lizzy McGuire.” I’ve still never seen the beloved “Rugrats” Passover special. What I did get was PBS, and with it, of course, “Arthur.”

The friendly aardvark and his cast of friends were always there for me; I watched “Arthur” well after I outgrew it — when I got home from middle school and the choice was between “Arthur” or daytime talk shows discussing new fad diets, I chose “Arthur.” But now, at age 30 (for me) and 25 (for the show) it’s time to say goodbye. The beloved PBS show just aired its final episode, closing out as the longest-running children’s show ever, and the second longest-running show overall, after “The Simpsons.”

Like all PBS shows, “Arthur” was vaguely educational, and concerned with issues of representation — all the characters are animals, but there still felt like there was discussion of race, of queerness, of neurodiversity, religion and more. 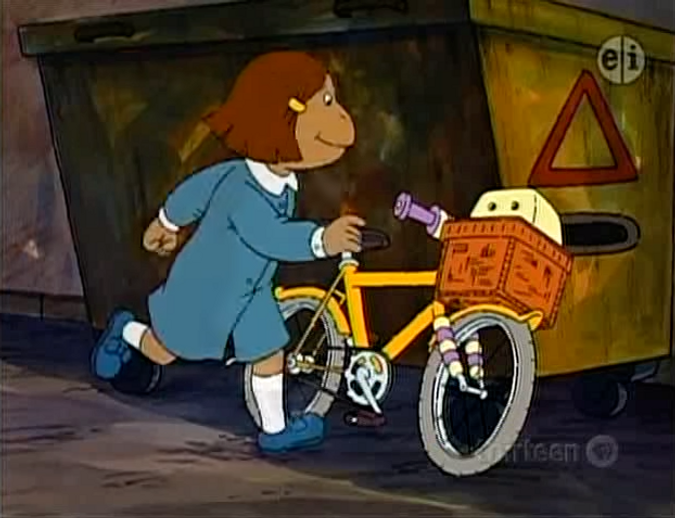 Francine runs from bar mitzvah to bowling Image by PBS

My favorite character was Francine Frensky, the monkey who wore a barrette on each side — just like my mother made me do, in a fruitless quest to keep my hair out of my face. She’s spunky and stubborn, athletic, hates dresses, and she’s way cooler than the too-prissy Muffy, too-goofy Buster or just, well, too-normal Arthur. She’s also, fittingly, the show’s Jewish character.

Francine’s family is thankfully free of the trite stereotypes often used to distinguish Jewish characters. Her dad is a garbage man, not a doctor or lawyer, and her parents are warm and understanding, not neurotic or demanding. Francine herself loves sports and roughhousing, and has little interest in appearances or status, unlike the pernicious Jewish American Princess stereotype.

Francine’s Jewishness only comes out in moments that are recognizable to most Jewish children — often when she has to miss out on friends’ events to attend Jewish gatherings.

So in honor of the show’s finale, here are the top five Jewish moments in “Arthur.” 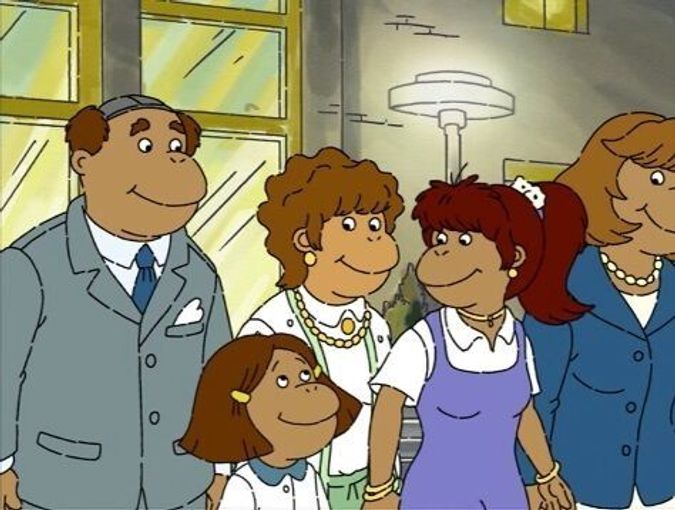 The Frensky’s go to synagogue on Yom Kippur. Image by PBS

In an episode titled, “”Is that Kosher?” Francine wants to fast for the first time. (She views fasting as a competition with her older sister.) But as soon as Yom Kippur starts, she can’t help but see food everywhere — in advertisements, in books, in passing phrases.

By afternoon, having left synagogue because her stomach was growling so loudly everyone thought a dog had snuck in, Francine can’t stop herself from eating. She thinks she’s failed God — until she catches her grandmother sneaking a sandwich in the kitchen, who explains that you can break your fast if it impacts your health. Evidently, being hungry is unhealthy enough. Judaism: the religion of loopholes.

For better or worse, being Jewish in the U.S. often means having to miss out on things — people rarely take Jewish holidays or events into account. So in “Arthur’s Perfect Christmas,” a holiday special, Francine’s family’s Hanukkah celebration causes her to miss out on her best friend Muffy’s Christmas party. Muffy is upset, and says Hanukkah isn’t as important as Christmas, and they have a big fight.

Eventually, they do make up, but it seems like a pretty classic Jewish experience to have your holidays ignored — and, in fact, to have people get mad at you for taking time to celebrate them.

When Francine has a bowling tournament on the day of her cousin Seth’s bar mitzvah, she has a conundrum — without her, her friends are sure to lose, but she’s not allowed to miss the celebration.

At first, she’s resentful, and makes a whole plan to try to sneak over to the bowling alley. But as she is — of course — caught, thanks to forgetting to change out of her bowling shoes, she’s annoyed that she even made such an effort to bowl and missed out on the important life event celebration; it turns out that she thinks the chanting and hora are pretty cool. Her friends comfort her that she’ll have her own bat mitzvah in just five years.

In the Halloween special, “Arthur and the Haunted Treehouse,” Francine trick-or-treats at the apartment of someone named Mrs. Saperstein. While she’s there, waiting for candy, Mrs. Saperstein tells her the story of the golem, though in this version, in what is perhaps a strange hat-tip to “Fiddler on the Roof,” the golem is animated by a broken violin and created by a magical violinist. Unfortunately, it is closer to Frankenstein’s Monster than the protector of the Jewish people, and wreaks havoc on all of Prague. But it’s almost Jewish mythology.

Voiced by Joan Rivers — yes, Joan Rivers — Francine’s grandmother was both extremely loving and extremely critical, just like every good bubby. She criticizes Francine’s mom’s cleaning and tells her to feed her children more, complains about her aching bones, and lives in Florida. But she also supports Francine and her friends through hard moments, and helps Francine feel connected to Judaism. Also, did I mention, she’s played by Joan Rivers?

For the end of an era, the top five Jewish moments of “Arthur”