In Venice, why the oldest Jewish ghetto in the world still matters 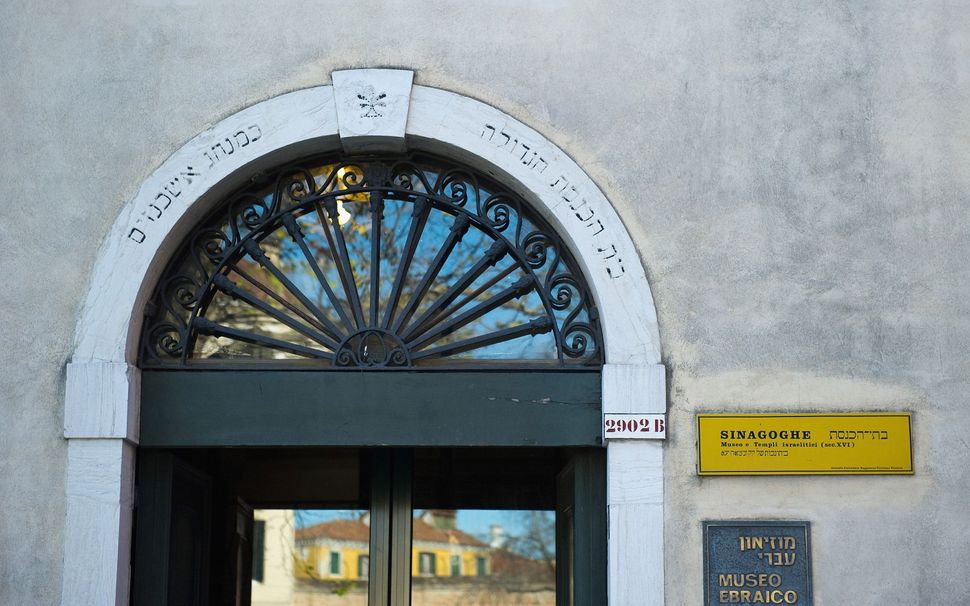 The entrance to the synagogue and Jewish museum in Venice. By Getty Images

A new book on the Venetian Ghetto, formed by the municipal government of Venice in the early 1500s to confine Italian Jews, explores the ongoing cultural impact of this first-ever such space. Initially intended to segregate and control Jewish people, centuries later during the Second World War, over 1,000 Nazi ghettos were established across Europe to facilitate deportation and murder. Recently, Benjamin Ivry spoke with Katharine Trostel, one of the book’s coauthors, who teaches English at Ursuline College, Ohio, about inspiration and grief from the Venetian Ghetto legacy.

Benjamin Ivry: Did admiration inspire Venice’s leaders to lock Jews down rather than expel them, as other European powers did? In 1516, a local notable announced that Jewish skills and income were better exploited to benefit Venice, than sent outside to assist a foreign power.

Katharine Trostel: The Venetian Ghetto was arguably both a refuge and a place of cultural exchange. Initially it was a mode of containment transformed by the people who lived within it. We tend to think of the word “ghetto” now as having a negative connotation and that might have always been the case. But it offered a level of protection to be all together in one spot. It offered self-determination, a way of creating community. Arguably, throughout history, the two models of Jewish experience have been Diaspora and ghettoization.

The Jewish population of the Venetian Ghetto has rarely exceeded a few hundred people. Why so much interpretive focus on this tiny group?

It was a place of cultural production. Hebrew printing flourished in Venice. Famous scholars and poets were there, like Sarra Copia Sullam, who held a literary salon in the Ghetto, but also crossed literary boundaries. Her literary salon was shut down halfway during her career because she was accused of challenging the immortality of the soul. The hope is that the symbolic resonance of the way the word Ghetto resonates can be used as a touchstone for cultural memory. 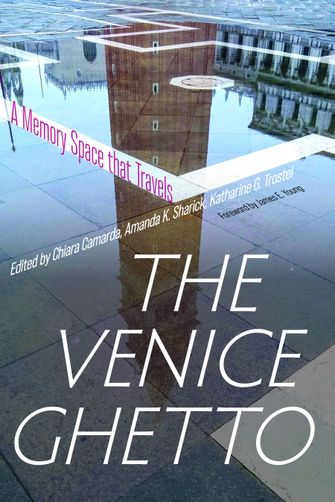 Venice was called La Serenissima (the Most Serene) as a trading empire, but life was never serene in the unsanitary, overcrowded Venetian Ghetto.

It’s often described as a place where the skyscraper was invented, as the inhabitants were really crowded into a place where space was limited. They were forbidden from decorating, to not draw attention to their buildings from the outside, so people often comment that the Ghetto is very plain. They weren’t allowed windows facing outside because the gaze of Jews supposedly might contaminate other Venetians, so all the walls that face canals have no windows.

The art historian Dana Katz has argued that since Jewish women were considered especially licentious in 1500s Venice, the Ghetto “evolved as an institution of exclusion that regulated Jewish sexuality, but such an exclusion of sexuality itself became a sexual act in that it aroused in the Christian imagination an explicit world of Jewish carnality.” Does any of this allure remain in the Ghetto today?

Not that I noticed, no. If you didn’t know where you were going, I don’t think you’d even notice you were in the Ghetto. It’s a very clean, nondescript area of the city. The buildings are not particularly adorned on the outside. There are street signs if you are very observant, but when we were given a tour of the place, there are a lot of absences. There’s a mark on a door where a mezuzah used to hang. So it’s like a reconstruction in the imagination to see what life was like.

Would the Venetian Ghetto be so internationally celebrated without Shakespeare’s Shylock in “The Merchant of Venice?” The author Clive Sinclair noted that during one summer in Venice, he saw several performances showing Shakespeare’s vengeful Jewish moneylender. Is there a risk of overkill in constantly featuring Shylock?

People always say that Shylock was the most famous Ghetto dweller, even though the play doesn’t mention the Ghetto itself. The idea of staging the play in the Ghetto was to reclaim the cultural space for a stereotyped character from where he emerged, perhaps to undo the stereotype. Shylock was an antisemitic blueprint reproduced in later literature, but in the play we never see where Shylock came from, so by returning him to his community, we can understand him better.

The literary historian Murray Baumgarten, asserts that Primo Levi’s “The Periodic Table” focuses on the Ghetto as a “defining image of a [Jewish] people and their place in modern European history…to entertain the possibility that after the defeat of the Nazis, there is a way out of the trauma of the Shoah.” Yet isn’t the Ghetto part of dark or grief tourism, in which travelers visit places historically associated with tragedy? A recent climate change study has warned that Venice will be underwater in 80 years, so can it represent a lasting upbeat lesson for the future?

The point is to interpret the site of the Ghetto as a thinking machine, to get through some of the major challenges that face us in the 20th century. The Ghetto helps us consider the way Venice is flooding from climate change. The word “ghetto” is now inescapably associated with the Holocaust and there are memorials in the Ghetto to people who were taken away by Nazis. So the Ghetto is a place where you’re invited to meditate about all these complexities. Part of the possibility is to not always think about the past, but also see whether new poetry and music can be created there.

Some advocates suggest that Jews from other countries must continue Venetian traditions, since the local Jewish population is minuscule. Until COVID-19, over 20 million tourists arrived annually. In 2017 in Venice, locals demonstrated against overtourism. Does Venice need more tourists, Jewish or not?

One dream is to create an international Jewish site in the Ghetto that redefines cultural tourism. Is tourism just wandering around for a day or a more sustainable relationship? Can tourism be a way to deep engagement rather than superficial encounters?

Shaul Bassi, who teaches at Venice’s Ca’ Foscari University and serves as president of Beit Venezia, a local Jewish cultural center, has invited international writers to “reimagine the Ghetto.” These include the U.S. poet Rita Dove, Chilean Jewish author Marjorie Agosín, and Indian novelists Anita Desai and Amitav Ghosh. About Agosín’s work, you mention the “dwindling community, multiple traumas, lost dreams” of Jewish Venice. Yet Agosín noted that after staying there, she “no longer wanted to talk about the victimization of Jews, or the concept of Jews living in closed space… I wanted to imagine that in the Ghetto, you could have a flourishing Jewish life, that the Ghetto was a space for love and life and creativity. The 500th celebration was so important to me, but somehow [it] was not as important as thinking about the continuity of Jewish life.”

Marjorie Agosín’s poems describe the Venice Ghetto as a portal, a way of entering through the imagination. She talks a lot about caring for ghosts, and literature has a unique capacity of conjuring up the past as a vibrant, active way of reinfusing the site with energy and life.

In Venice, why the oldest Jewish ghetto in the world still matters