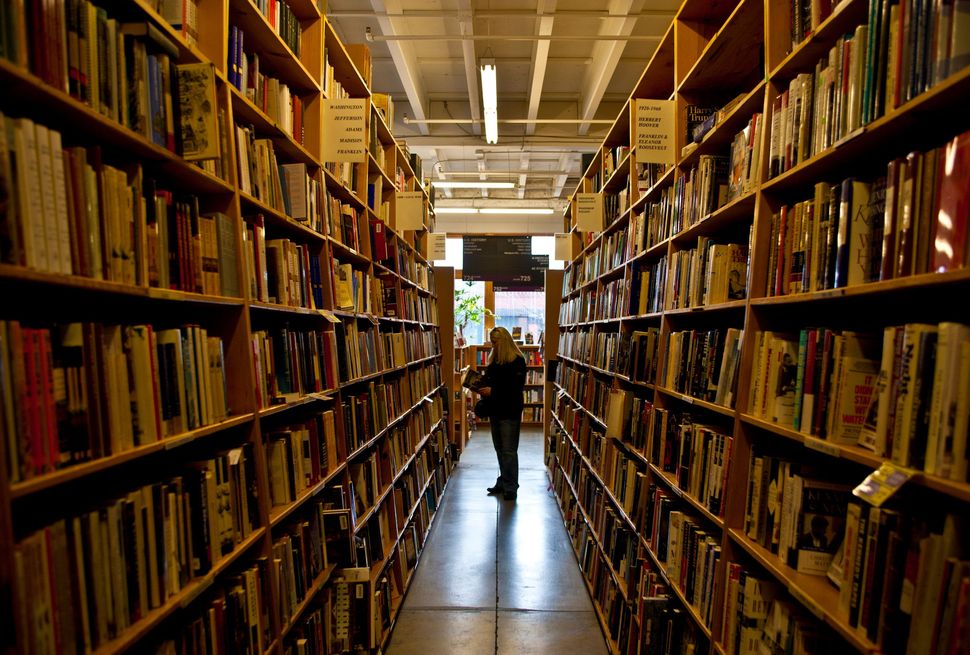 In Praise of Good Bookstores

My university’s library recently announced that, in order to make space for lounges and meeting rooms, it was putting about a third of its collection into storage. But not to worry: Readers need only submit a request, and a book will be delivered within a day or two. The new arrangement might be efficient, but a library is not an Automat. The greatest libraries, whose open stacks encourage serendipitous discovery, are not delivery systems, but rather sites for active browsing.

Although online sales are the most economical – and profitable – way to put books into the hands of consumers, Jeff Deutsch favors the kind of retail operation that enables rumination. Director of the Seminary Co-op Bookstores in Chicago, he offers an eloquent argument for making the experience of buying a book more meaningful than acquiring a toaster. Deutsch loyally dubs his own place of business, which stocks 100,000 volumes, “the best serious bookstore in America,” but the competition is thin and getting thinner.

Within the past 25 years, the number of independent bookstores in the United States has dwindled from 7,000 to 2,500, and many of those avoid bankruptcy by mongering greeting cards, coffee and socks. The plural in the title of Deutsch’s book, “In Praise of Good Bookstores,” suggests unwarranted optimism.

His is a passionate plea for replacing the dominant business model that reduces books to revenue-producing commodities. Instead, he insists, “We need to build a model that supports a vast, slow-selling inventory of books – just books – deliberately assembled to provide the most world-weary reader with a browse that surprises and delights.” Bookstores, he argues, should be designed to impede movement and encourage loitering. Instead of placing titles in obvious positions, they should be arranged creatively, to suggest unexpected connections and facilitate discovery. 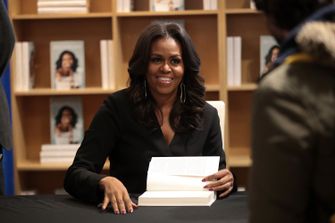 Back Where She Started: Michelle Obama signs copies of ‘Becoming’ at the Seminary Co-Op in Chicago. By Getty Images

Deutsch has been a bookseller since 1994, and he spices his epigrammatic prose with quotations from James Baldwin, Jorge-Luis Borges, Cicero, Yoshida Kenkō, Michel de Montaigne and dozens of other authors whose works have sat on his shelves. Patient enough to grant a title sufficient shelf life to find its reader, he recognizes that, unlike yogurt, books have no expiration date. Unlike most other booksellers, his aim is not to move merchandise as quickly as possible.

Deutsch notes that “a good bookstore reflects its community, but an exceptional bookstore both reflects and creates its community.” However, outside a few large cities and elite campuses, there are very few communities that can support the kind of bookstore he envisages. “The bookstore compresses time,” he writes, “taking us to a dimension where the ancient languages are once again spoken; the Awadhi songs of the Ramayana are sung, the theories of the Amoraim are unfolded patiently, Ibn Rushd reflects upon the complete works of Aristotle, and the soliloquies of Shakespeare move us as though we are hearing them for the first time.”

How many brick-and-mortar shops in this country can afford to carry Sanskrit, Hebrew, Aramaic and Arabic works, even in translation? It helps that Deutsch’s Seminary Co-op is located adjacent to the University of Chicago and that, incorporated as a not-for-profit, it can provide extended residence to the titles it stocks.

The population of serious booksellers might not exceed that of Harley-Davidson mechanics, but, just as Robert Pirsig used the unlikely discipline of motorcycle maintenance to puruse Zen enlightenment, Deutsch’s quest takes him beyond bookselling. His chapters, titled successively “Space,” “Abundance,” “Value,” “Community” and “Time,” end up being meditations not merely on the nature of the ideal bookstore but on the definition of a meaningful life. Like the Seminary Co-op, it caters to the open, patient and capacious mind.

Deutsch was raised as an Orthodox Jew, and, though he now calls himself an apikores, a freethinker whose reading ranges far beyond the daf yomi, the daily page of Talmud, he still derives inspiration from the traditional communal study of a common text. He likens it to the conversations that inevitably arise between booksellers and patrons. Yet he also recognizes that silence and solitude are essential for encounters with books. Muzak in a bookstore is as disconcerting as wallpaper in a museum.

In a culture that fosters rampant aliteracy and homes devoid of any books, Deutsch is extolling not just good bookstores but also the vanishing world of thoughtful lives. His effort deserves praise.

Steven G. Kellman is a professor of comparative literature at the University of Texas at San Antonio.