Narrowly escaping the Nazis, a wandering Jewish book improbably survives to tell its own tale 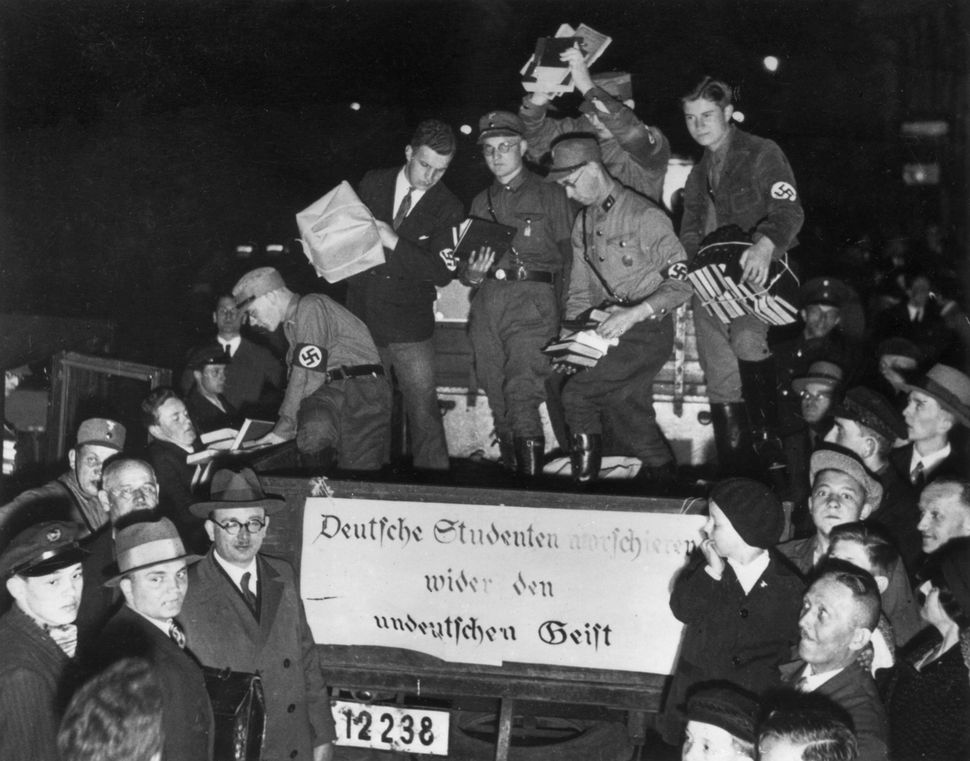 A 1933 round-up of books perceived to be non-German. By Getty Images

Translated from the German by Michael Hofmann

May 10, 1933, was Kristallnacht for printed books, a day on which gleeful mobs tossed millions of volumes into bonfires in cities throughout Germany. Among the 30,000 titles targeted for destruction were the works of Joseph Roth, an author best known for 1932’s “Radetsky March,” a novel that traces the decline of the Hapsburg Empire through three generations. Roth’s Jewishness was enough to earn his books incineration by the Nazis, but the jaundiced view of contemporary Germany in another Roth book, “Rebellion” (1924), would not have endeared him to cheerleaders of the Third Reich.

In “The Pages,” Hugo Hamilton’s enticing new novel, “Rebellion” is described as: “A short novel about a barrel organ player who lost his leg in the First World War.” Discarded by the state, Andreas Pum, the disabled veteran, ends up friendless, homeless and hopeless. “Facing death,” Roth writes, “he clung to life in order to rebel: against the world, against the authorities, against the Government, against God.” The award-winning 1999 translation of “Rebellion” by the indefatigable Michael Hofmann, who has also translated half a dozen other Roth books as well as works by Elias Canetti, Alfred Döblin, Franz Kafka and others, is being reissued now to coincide with the release of “The Pages.” “Rebellion” is in fact both the protagonist and the narrator of Hamilton’s novel, a book about the fate of a book.

Hugo Hamilton is best known as the author of two extraordinary memoirs, “The Speckled People” and “The Sailor in the Wardrobe,” that recount his trilingual childhood in Dublin as the son of a German immigrant mother and an Irish patriot father who forbade any English spoken in his house. His character Lena Knecht shares his genealogy, “a random, ill-fitting assembly of German-Irish teeth, like a three-dimensional print-out of their incompatibility.” Few contemporary writers share Hamilton’s mastery of English prose. 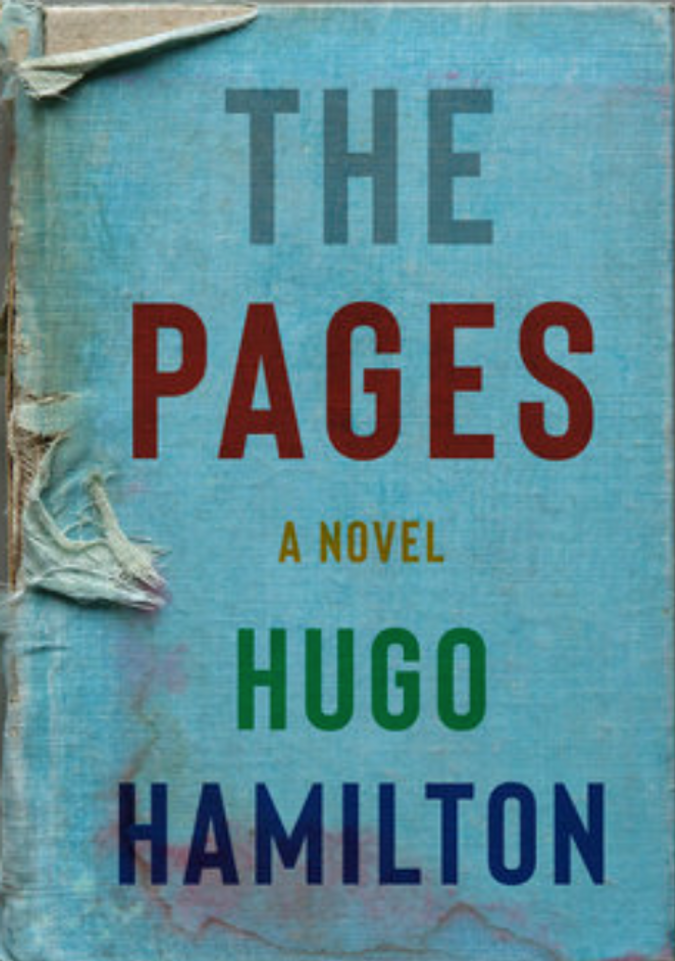 “The Pages” begins in Berlin in 1933, as a copy of “Rebellion” recounts its narrow escape from a Nazi bonfire when its owner, Professor David Glückstein, entrusts it to a student for safekeeping. The volume eventually becomes the property of the student’s granddaughter, Lena Knecht, an artist who lives in Philadelphia. Intrigued by a map drawn on a blank page at the back of the book, she travels to Germany to solve the mystery of what the map was designed to locate. Befriended by Armin and Madina Schneider, Chechen refugees and hounded by Madina’s racist, vindictive ex, Lena refuses to be deterred from her quest.

But there is much more to The Pages than an amateur detective plot that concludes with a facile deus ex machina. Interspersed with Lena’s story are details from “Rebellion,” about the increasingly desperate plight of an amputated vet in Weimar Germany. The novel also, intermittently, recounts the life of Roth, who was as homeless as his character Andreas Pum. Lena’s copy of his novel describes him as: “My restless, refugee, itinerant, stateless writer on the run.” Born in Galicia, Roth was a wandering Jew whose journalistic work documenting the outcast, downtrodden and oppressed took him back and forth across Europe. It also contributed to the depression and fatal schizophrenia of his beloved wife Frieda, whose final fits of madness erupt in a sanatorium outside Vienna.

However, to a reader — i.e., anyone willing to turn all the pages of “The Pages” — its most endearing element is the first-person story of the book itself. Lena’s copy of “Rebellion” survives not only book-burning but also theft, defacement, a gunshot and exposure to the elements. It also converses with other books. Lena’s grandfather camouflages it from Nazi investigators by hiding it in a hollowed-out copy of Theodor Fontane’s “Effi Briest,” a canonical work of 19th-century German literature. Hamilton’s narrator explains that when books are alone they talk among themselves, a wonderful way of imagining intertextuality. 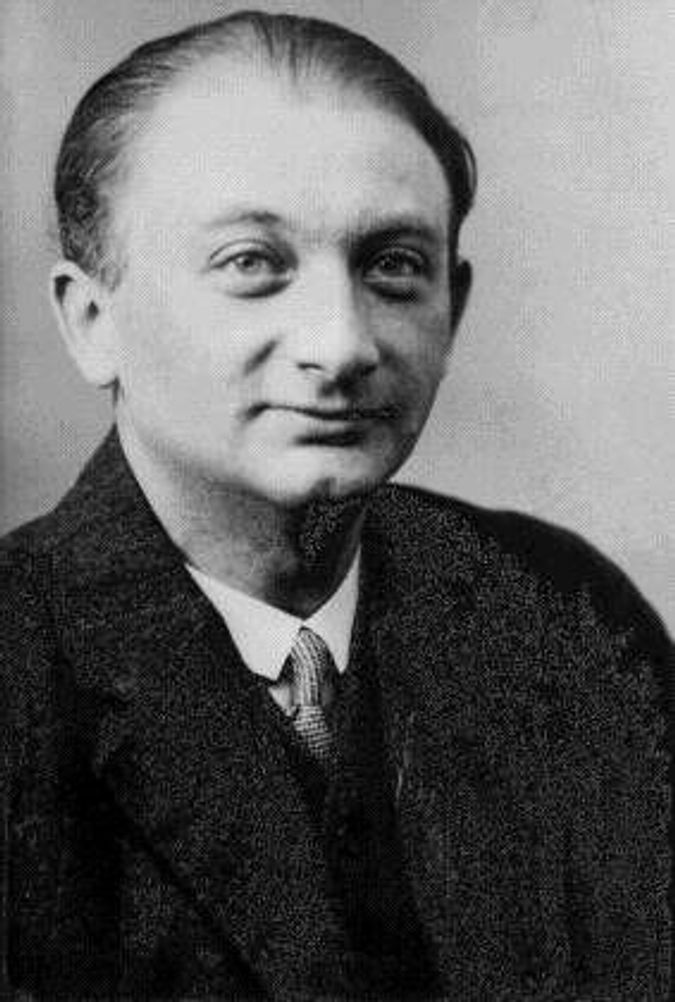 Author; Born in Galicia, Joseph Roth was a wandering Jew whose journalistic work documenting the outcast, downtrodden and oppressed took him back and forth across Europe. Photo by Wikimedia Commons

Just as “The Pages” is in conversation with “Rebellion,” every book has connections to other books. When Lena’s copy of “Rebellion” is placed on a library shelf beside volumes by Tolstoy, Kleist, Ibsen, Synge, Morrison, Sebald and others, the room resounds with lively conversation. “Here we are,” says the narrator, “a couple of thousand books debating all night about the intensity of love.” It is, he explains, “like a choir performing the ‘Ode to Joy.’”

Less joyful is the plight of a book in the 21st century, when Lena’s tattered volume ends up as the centerpiece of an art exhibition, a visual found object, not a literary text. When “Rebellion” is adopted as the subject for a meeting of a book club in Berlin, participants digress into chatter about restaurants and marriages. As the narrator-book explains to fellow books that have been more sheltered, “People do most of their reading on phones now, in smaller installments. Life is too short and books are too long, but,” the book insists, “they continue to be relevant as always.”

Narrowly escaping the Nazis, a wandering Jewish book improbably survives to tell its own tale