The surprisingly Jewish history of the Rorschach inkblot test 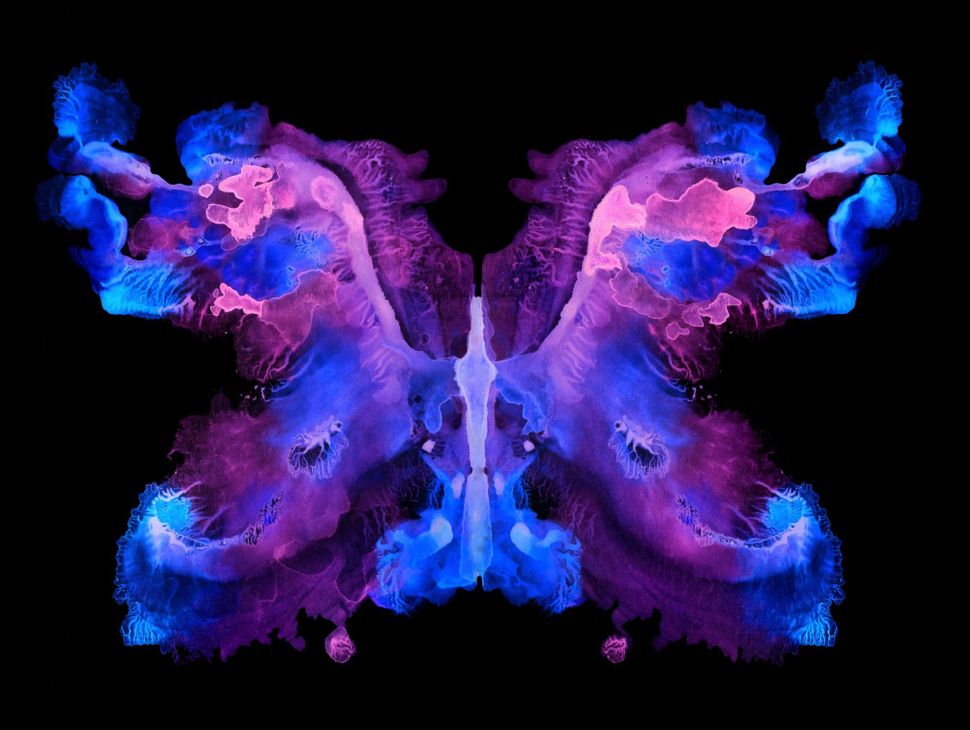 a Rorschach inkblot test By iStock

April 2 marks the 100th anniversary of the death of Hermann Rorschach, the Swiss psychoanalyst who propounded the Rorschach inkblot test, still used as a means of evaluating mental conditions. The Rorschach test immediately attracted strong support from Jewish clinicians.

These included Françoise Minkowska-Brokman, of Polish ancestry, who introduced the test in France as well as David Levy, Samuel Jacob Beck, Bruno Klopfer, Renata Calabresi, and Marguerite Hertz, who did the same in the U.S.

Even today, in Israel, as the journalist Holi Glazer has observed, the Rorschach test retains an unsurpassed status as a “protected flower” in the therapeutic community.

Why Jews should be so drawn to this sometimes controversial, if floral, ink blot test? In “The Principles and Nature of Jewish Law” (2019) J. David Bleich suggested that varying impressions produced by the Rorschach test follow “precisely” the many perspectives and potential solutions of Jewish legal thought. In this way, the Rorschach concurred with the Hebrew expression “both this and that are the words of the all-powerful God” (elu ve-ulu divrei Elohim hayyim).

From the very beginning, the Rorschach test featured occasional allusions to Judaism, because some deluded antisemites tended to see Jews everywhere, even in inkblots.

So Rorschach’s work records cite a typical response that some shapes resemble “nothing but the eternal Jew in Judea,” with the parenthetical note: “Gray heads… which are frequently interpreted as Jewish profiles.”

Later studies have included the “Jewish star” or Star of David among possible shapes to be identified in the images, and one guidebook suggests that a non-Jewish patient finding a shofar in a blot represents an identification “from a culture or historical context different from the examinee’s current context.”

Jews propounding the Rorschach approach in the early years, as Marguerite Hertz recalled in 1986, shared a sense of emotional involvement. Since the 1930s, Hertz averred, she was “happily wedded to the Rorschach, although at times I have been forced by circumstances or drawn by other interests into temporary separation.”

“A remarkable group assembled around Klopfer. I vividly remember the excitement in the planning of the exchange and the institute, the merging of ideas and disciplines, the enthusiasms, the stimulating discussions, and yes, the controversies. I enjoyed the impromptu seminars, the unscheduled luncheons, and the small parties.”

For these doctors, the Rorschach test was something to schmooze about. These intellectuals, many with experience in Fascist Europe and the U.S. of instantly trying to discern antisemitism in the impassive faces of strangers, might have especially relished revelations hidden in otherwise undefined shapes.

At one such get-together, Hattie Lehman Goodhart, a noted hostess, took the test conducted by a young psychologist from California, who concluded that she “was an antisemite!”

In addition to such unforeseen results, the Rorschach could also produce wayward readings due to varying criteria that were considered vague. Popular with the military as a one-size-fits-all diagnostic, by 1946 the Rorschach had achieved such name recognition that it was featured onscreen in La La Land.

“The Dark Mirror,” a multiple-personality thriller directed by the German Jewish filmmaker Robert Siodmak was based on a story by Vladimir Pozner, an author of Russian Jewish origin. After the opening credits displayed over a background of different Rorschach tests, identical twin sisters, one normal and the other a murderer, take the test with differing results.

Perhaps because of this iconic pop status, some skepticism about the test grew among Jewish researchers. In 1944, the German Jewish sociologist Max Horkheimer wrote to his colleague Theodor Adorno about formulating research questionnaires: “I share your aversion to the much too unspecific Rorschach test.”

Yet Horkheimer kept an open mind about the test, adding to Adorno: “By chance, however, a young professor who is knowledgeable about things Jewish and who has been working with the Rorschach test has landed here. He’s published a series of articles about the application of the test to specific phenomena. Maybe we’ll be able to use this young man here.”

By the late 1950s, the Iraqi Jewish journalist Nissim Rejwan resented being subjected “to the indignity of a Rorschach test” by a visiting sociologist, Samuel Klausner, who was researching the Iraqi community in Israel.

“Shown a Rorschach card expressing ominous darkness, she responded with Storm Cloud. The popular response among children of her age is Bird or Bat. Non-achiever, not recommended for Dual Curriculum.”

Despite such letdowns, in recent decades the Rorschach test has received constant mention in the context of Jewish life and cultural expression.

This omnipresence in scholarly books and journalism offers the Rorschach as a metaphor for things Jewish, whenever interpretation is essential for drawing a multiplicity of conclusions.

So, Irving Greenberg has described Hanukkah as a “type of holy day Rorschach test.” Moshe Rosman termed the Ba’al Shem Tov, regarded as the founder of Hasidic Judaism, a “Rorschach test for proponents and opponents of modern Jewish cultural movements, among them Hasidism, Haskalah, liberal Judaism, and Jewish nationalism.” And philosopher Steven Nadler opined that Baruch Spinoza functions as a “kind of intellectual Rorschach test. Spinoza has been a hero or a heretic to a remarkable variety of causes.”

Published memoirs like those of Pauline Wengeroff, the 19th century Russian Jewish writer, have been described as functioning “like a Rorschach test of anxious projections about Jewish communal prospects in the U.S,” and Philip Roth’s “Portnoy’s Complaint” was likened to a “giant Rorschach test; it allowed the passionate reading of every mind set” about Jewish experience.

In “The Americanization of the Jews,” Israel itself was referred to as a “Rorschach test for American Jewry.”

“The Art of Being Jewish in Modern Times” notes that the “pictorial representation of the ‘ghetto,’ Judengasse, Jewish quarter (or, in the case of East Europe, the shtetl) is a veritable Rorschach test of a given artist’s attitude toward Judaism and modernity.”

Many personalities, historical such as Judah P. Benjamin, or modern, from actress Natalie Portman to politician Bernie Sanders have been compared to Rorschach tests of the public’s feelings about Jews.

Historian Jack Kugelmass characterizes the 1940s films “Crossfire” and “Gentleman’s Agreement” as “celluloid Rorschach tests that, like the complex dynamic of anti-Semitism itself, reveal more about the projector than the figure projected.”

And Michael Barnett, in a history of American Jewish foreign policy, proposes “giving [a] Rorschach test to a sample of American and Israeli Jews.” This Rorschach would consist of asking subjects to quote Hillel the Elder correctly.

These and other examples prove that trying to analyze Rorschach images, like deciphering the intricacies of Jewish experience, will in all likelihood continue to be seen as parallel occupations.

The surprisingly Jewish history of the Rorschach inkblot test