The author of ‘Recessional’ offers up a bevy of conspiracy theories 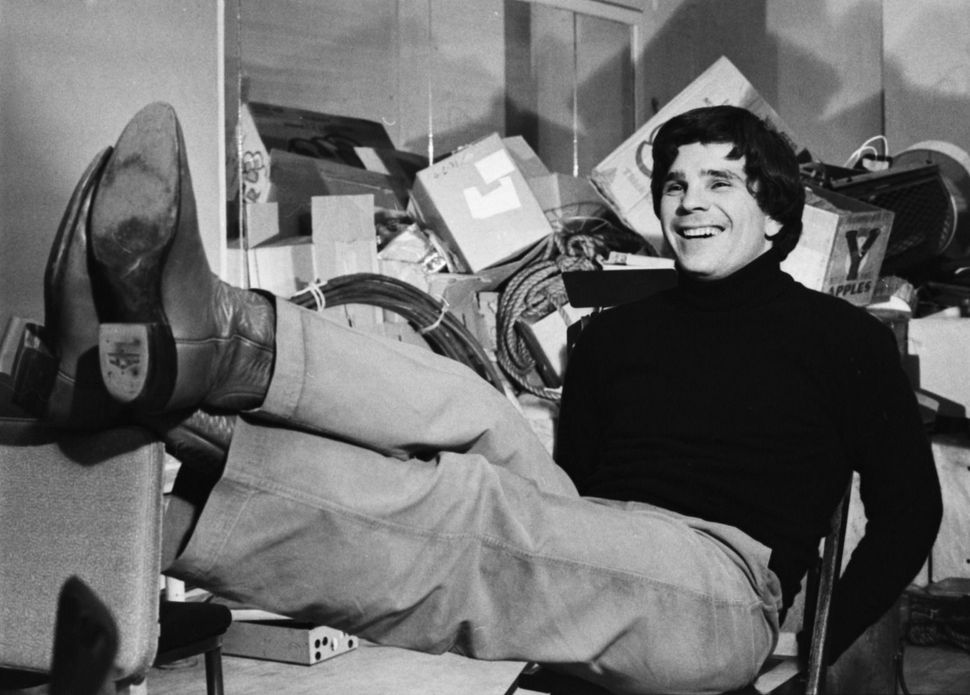 I should have known.

It took five weeks and two follow-up emails for the usually reliable Harper Collins publicity department to mail me a copy of David Mamet’s new essay collection, “Recessional: The Death of Free Speech and the Cost of a Free Lunch.”

At first, I thought this was an honest mistake, but now that I’ve read the book, I wonder if someone had been instructed to deal with critics in slow motion. If so, it was a smart move. Each day of delay means one extra day free from scathing reviews, one extra day for Mamet fans to order their copies, unaware that the author of “Glengarry Glen Ross” has gone full free-market, anti-mask MAGAhead — and, even more appallingly, thinks that “Our F’ing Town” is the greatest American play.

Of course, it’s possible that this was all just an honest mistake. But David Mamet doesn’t believe in honest mistakes, just conspiracies — so why shouldn’t I indulge in some harmless conspiracy-theorizing myself?

Mamet’s conspiracy theories aren’t exactly harm¬ful (the only two kinds of people who’ll finish this book are those who already agree with it and those who’ve been paid to review it), but they’re often breathtakingly stupid. David Mamet believes mask mandates were designed to train Americans to obey government tyranny. David Mamet believes college graduates know they’ll never have to pay off their student loans, because the Democrats will cancel them first. David Mamet believes he has been “blacklisted” for his conservative political views and explains his blacklisting in the book he’s just published with Harper Collins. He claims he’s “sworn off the news,” which might be a roundabout way of admitting that “Fox News” is a misnomer.

Mamet was never a full-on leftie, but he thrived in a world where left-wing politics were the air everybody breathed, and “American Buffalo,” his Broadway breakthrough, is a scabrous portrait of small-time capitalism that even Trotsky might have clapped for. Thirty years later, in the aftermath of the Great Recession, he defended CEO bonuses on the grounds that “it’s none of our goddamned business.” Nowadays he thinks eating gluten-free is a sign of “nascent totalitarianism” and thus very much his goddamned business.

Mamet didn’t drift to the Right, he sprinted. My theory is that the economist Milton Friedman is at least partly to blame. No, really, hear me out. The University of Chicago economics department’s accomplishments include 31 Nobel Prizes, the decline of the postwar welfare state, and the deregulatory policies that led to the Great Recession. Friedman, the most influential UChicago economist and a 1976 Nobel laureate, is probably most famous for making the argument that businesses’ only moral responsibility is to maximize profits — ergo, everything else they do — from CEO bonuses to wrecking the U.S. economy to filthying the environment — is none of our goddamned business.

Whatever the technical merits of his ideas, they caught on with a neocon political establishment happy to rationalize its own greed. Mamet, a Chicago boy himself, cites Friedman quite a few times in “Recessional,” always to show that the free market is an unalloyed good, self-interest is the highest virtue, and progressive taxes are the lowest evil.

“What am I going to do,” he asked, “go on denouncing capitalism all my life?”

In “Recessional,” Mamet has moved on to denouncing the kinds of liberals who pay $300 to enjoy his plays. Liberals are destroying America, they have a sickly kink for victimhood, they don’t believe in science. He has nothing but contempt for the herd instincts of the American media elite, but there isn’t a single opinion in this book that crosses the Fox/Breitbart party line.

Even a broken clock is right twice a day, though, and every dozen pages or so he’ll say something blunt and insightful and pretty much true — e.g., the recent push to censure professors for saying words that sound vaguely like the N-word is a manifestation of white guilt. But then he’ll blow it all on something like, “An insistence on pansexuality has replaced previous injunctions to chastity with an equal vehemence,” which could be the silliest thing written about hookup culture since Tom Wolfe described Charlotte Simmons losing her virginity.

“Recessional” has its share of pleasures, mostly unintentional but pleasures all the same. For someone who thinks liberals are indifferent to facts, Mamet has an adorably flighty relationship with the concept of evidence. He provides multiple footnoted sources, including Thorstein Veblen and Mary McCarthy, for the claim that the university system is bad, but zero for the claim that urban properties “will be found to have been purchased not only by canny observers but by those who engineered the decline [of American society],” which is both a massive tease and a very creative use of the future-perfect tense.

When crafting a hypothetical, Mamet defaults to the traditional “he” rather than the PC “she,” but somebody at Harper Collins (maybe the same somebody who told the publicity department to sandbag me) made him capitalize “Black” — imagining how that Zoom meeting went is almost enough to justify the entire book’s existence. One more: Mamet is shocked by the hypocrisy of Colin Kaepernick, who “loathes the country whose citizens have made him rich and famous.” As my uncle likes to say, the thing that most bothers you about other people is usually the thing that’s most wrong about you.

Mamet’s favorite trick is to psychoanalyze people he dislikes (lefties don’t want to grow up, fans of “12 Years A Slave” secretly want to celebrate Black inferiority, etc.), so allow me to do him the same favor. It’s painfully easy.

Mamet got famous by breaking taboos, stuffing his plays with curse words as a sausage casing is stuffed with ground meat. That was decades ago. What was once taboo is now tame as a golden retriever. Like his fellow Chicagoan Kanye West, he needed new rules to break and, finding few, turned to Trump. In doing so, he made plain what his fans knew all along: there was always something aspirational about his macho egomaniac characters; “always be closing” was as much a manifesto as it was a satire.

I should add that “Recessional” shouldn’t be canceled or banned or dropped — that would only encourage him to write a sequel, which somebody will definitely publish, and I for one hope that Mamet has a few more good plays left in him. Unlikely, judging from this book, but stranger things have happened. And what’s he going to do otherwise — go on denouncing the Dems for the rest of his life?