When a Holocaust denier is actually living right downstairs

In the thriller ‘The Man in the Basement,’ antisemitism hits extremely too close to home

Victoria Eber plays Justine Sandberg in The Man in the Basement. Courtesy of Greenwich Entertainment

Loosely inspired by a true story, Philippe Le Guay’s The Man in the Basement is an unnerving cat-and-mouse thriller about antisemitism and Holocaust denial in contemporary France. It’s an unsubtle film and, paradoxically, a nuanced exploration of character, family and community as antisemitism encroaches, invades and metastasizes.

Simon Sandberg (Jérémie Renier), a Jewish Parisian architect, sells his apartment’s unused cellar to a scruffy, but otherwise nondescript former history teacher, Jacques Fonzic (François Cluzet), who plans to use it for storage, though in short order he has taken up residence in the uninhabitable space in violation of building rules. But the signed contract between Simon and Jacques is legally binding and Simon cannot evict him, no matter what.

Admittedly, the metaphor is obvious and grows increasingly so as Jacques’ conspiracy theories about Jews, Judaism and the Holocaust emerge; slowly at first and then with enhanced frequency and intensity, each assertion worse than the last. 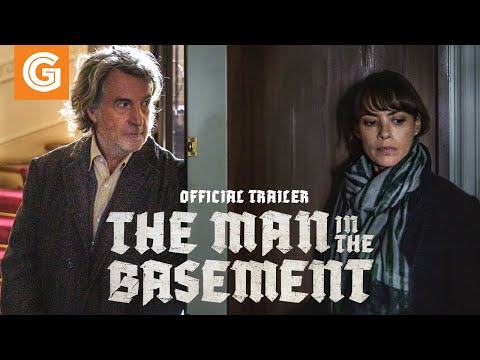 His corrosive views drive Simon to increasingly desperate strategies to free himself and also the building from the intruder who has insinuated himself into the community, most pointedly into the psyche of Simon’s teenage daughter. She regards Jacques as a not unreasonable and, indeed, a rather simpatico figure.

He presents himself as a victim of unfair, unrelenting abuse. He’s done nothing, he insists, short of questioning the status quo and has been emotionally assaulted for his efforts. We learn he was fired from his job as a teacher because of his Holocaust denial,  a criminal offense in France. He is penniless, friendless, homeless and, as a destitute figure, gains a sorry stature in the eyes of Simon’s daughter and many of his neighbors.

Interestingly, the director has chosen to show nothing from Jacques’ point of view. We never see him rummaging through his things, checking out his surroundings or knocking on anyone’s door. He’s experienced only through the eyes of others. The drama stems from his impact on them.  It’s a strong directorial choice and brings to mind the brilliant Hungarian film 1945 where two religious Jews return to Hungary after the war and upend the world of the locals who had betrayed them. We witness little from the Jews’ perspective. They are far more formidable as a spectral reminder rather than human beings with their own interpretations. That can only be surmised.

Likewise Jacques’ motivations are hard to parse. We assume he has deliberately tracked down a Jewish landlord as a target for his deep-seated hatred and if his ambition, conscious or unconscious, is to torment his prey he has scored. Simon boasts a benign and generous nature. In fact, before grasping what Jacques is about, Simon feels  compassion for his itinerant tenant forced to reside in a basement, and offers to house him in an empty apartment.

Even when he realizes who Jacques is, he initially avoids the topic of antisemitism or Holocaust denial. Instead, he attempts to dislodge Jacques on legal and contractual grounds. Unlike his mother and brother who are keenly aware of themselves as Jews, he has worked hard to distance himself from anything resembling an us vs. them tribal parochialism. Jacques’ presence has brought long-buried family conflicts to the surface. Suddenly issues surrounding Jewish identity politics are front and center.

But, as the film progresses, Simon can no longer contain himself in the face of Jacques’  unremitting evil and morphs into an enraged Jew teetering on the precipice of panic fueled by a history of victimization.  He pulls together tenant meetings and strives to get petitions signed against Jacques.

It backfires. His neighbors view him as an outlier, a Jewish outlier.  It’s ambiguous if their vision of him is new or if they’ve always perceived him through an antisemitic lens and silenced themselves. But now they feel free to voice it. Jacques has given them license. One neighbor asserts that Simon and his family are the real intruders, living in property stolen from French gentiles in the post-World War II period, even though, as Simon points out, the reverse is true. The real estate originally belonged to Simon’s family and was confiscated during the war precisely because they were Jews. Festering old wounds erupt.

The director’s spin on Simon’s gentile wife (Bérénice Bejo) is equally trenchant. She is more devastated and outraged than Simon as her life choices are abruptly in the crosshairs and she finds herself in a defensive position. When her aging father mentions in passing how grateful he is to have good Jewish doctors, she lets him know that his praise is thinly disguised bigotry. A cliché, however flattering, is still offensive.

In one of the film’s most troubling encounters, Jacques arrives in her laboratory, where she works as a nurse. At once matter-of-fact and taunting, he informs her he is there to have his blood drawn. Repelled by the notion of helping him in any way, she refuses, breaching every medical oath she’s ever taken. But then she has second thoughts, proclaiming with a touch of self-loathing she’ll do it, but she’ll make every effort to hurt him as she stabs the needle into his arm, to which he quotes Shylock’s iconic line in a tone that is accusing and mocking, “If you prick us do we not bleed?” It’s an ugly perverse encounter that resonates.

Scenes and visuals throughout the film linger, not least the basement as literal place and symbol. Here it contains a lurking malignancy readying itself to infiltrate and infect the whole building. But, as in films like Truffaut’s The Last Metro, the windowless, claustrophobic setting also brings to mind the precarious sanctuary where many Jews hid during the Holocaust years.

But what I most admire about this film, in addition to the finely tuned performances all around, is the introduction of a new archetype without fanfare. While Nazis are familiar movie characters, Holocaust deniers are rare. It’s to Le Guay’s credit that he puts Jacques on the screen at all. But equally impressive he’s not drawn as a larger-than-life Hitlerite, but rather a slimy, wretched human being who just happens to be the newest iteration of a particularly virulent form of antisemitism.

The Man in the Basement has its official U.S. release on Jan. 27, International Holocaust Remembrance Day.

When a Holocaust denier is actually living right downstairs