How Dunkirk Saved the Jews 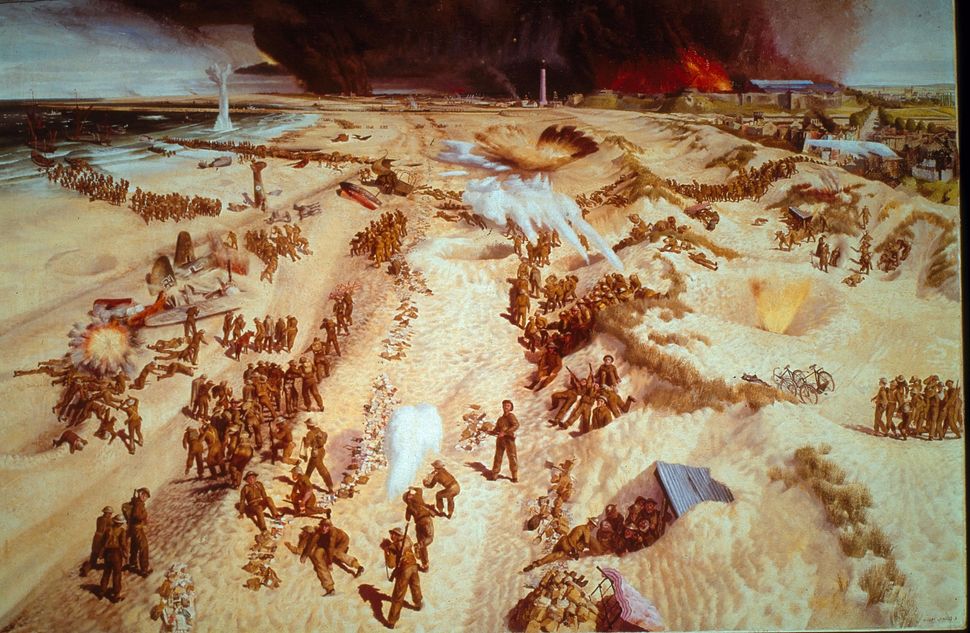 Each time the anniversary of the evacuation from Dunkirk and the fall of France comes round, more paeans of praise are written about the “miraculous” escape. But those eulogizing both the bravery on the beaches and the men who manned those celebrated little ships rarely stop to mention the consequences that would have followed if Operation Dynamo (the name given to the naval operation to evacuate the army from Dunkirk) had not succeeded and if a German invasion had followed.

There is little doubt that a well-planned invasion would have been successful, and once Britain was in German hands it was likely that all British Jews would have been transported to concentration camps.

This conclusion about the invasion is supported by a “top secret” report written by the chiefs of staff at the end of May 1940, which I came across when writing my recently published book, “Dunkirk: Fight to the Last Man.” The report highlighted the fact that without the troops in France and Norway, Britain would have been hard pushed to repulse a serious attack. According to the chiefs of staff, the key to conquering Britain was air superiority. British air superiority might not be maintained for long, they reported before going on to describe the nightmare situation that would follow after air superiority was lost: The navy might not be able to head off invasion forces while under sustained attack from the air, and once the German forces had landed, the army in Britain would not be strong enough to repel them. Although enough British soldiers were available to make up 15 divisions, most of these men were untrained, and the majority did not even have handheld weapons such as Bren guns and rifles, let alone the artillery necessary to block a German attack. Only two of the divisions (about 25,000 men) were fully equipped.

Given this shocking lack of defenses, it is no wonder that even as the evacuation started on May 26, 1940, Churchill and his War Cabinet were seriously debating the pros and cons of surrendering. Had the Dunkirk evacuation not succeeded, they might have felt there was an alternative to making peace on Hitler’s terms.

All this convinced me that Dunkirk had played a crucial part in the conduct of the war. But it was my discovery that there was an untold story that had enabled Operation Dynamo to succeed, which had persuaded me to write a book about it in the first place. While no one could deny the importance of the brave acts carried out by the navy and by the owners of little ships, my preliminary research told me that the evacuation could never have been carried out had it not been for those who remained behind to fight on while the rest of the British army retreated. It is these men, the forgotten heroes of Dunkirk, who played a central role in what I have written.

The crucial battles took place outside Dunkirk. On May 24, 1940, the German Panzer divisions, which had bludgeoned their way through France, halted at the canal line south of Dunkirk. But on May 27 they advanced again, intending to encircle the Allies, many of them British. They would have succeeded had it not been for the British battalions ordered to stand in their path. They were to hold a series of strongpoints, which would permit them to shield the corridor up which the rest of the army was retreating to Dunkirk, and they were not to give way until they had fired their last bullets. They were, as is highlighted by the title of my book, to fight to the last man.

The tenacious way they stood their ground to hold the towns, villages and blockhouses they were ordered to defend despite being outnumbered and outgunned by the Germans reminded me of another famous British rearguard action: the heroic defense by the redcoats of Rorke’s Drift in 1879, a battle made famous in recent times by the 1964 film “Zulu.” Relatively few of the strongpoint defenders managed to melt away and escape after holding up the Germans. Many of them died or were wounded or captured at their posts. Others were even unluckier; after being taken prisoner, they were led away and massacred.

The children of these massacred men, some of whom I met while researching my book, will never forgive the perpetrators of these horrific deeds. But they might perhaps take some comfort from the thought that their fathers’ actions, which were terminated so cruelly with their deaths, did serve some purpose: They prevented a much larger massacre — the massacre of all British Jews — which would almost certainly have taken place if they had not stood their ground.

Hugh Sebag-Montefiore is a journalist and the author of “Enigma: The Battle for the Code” (Harvard University Press).

How Dunkirk Saved the Jews