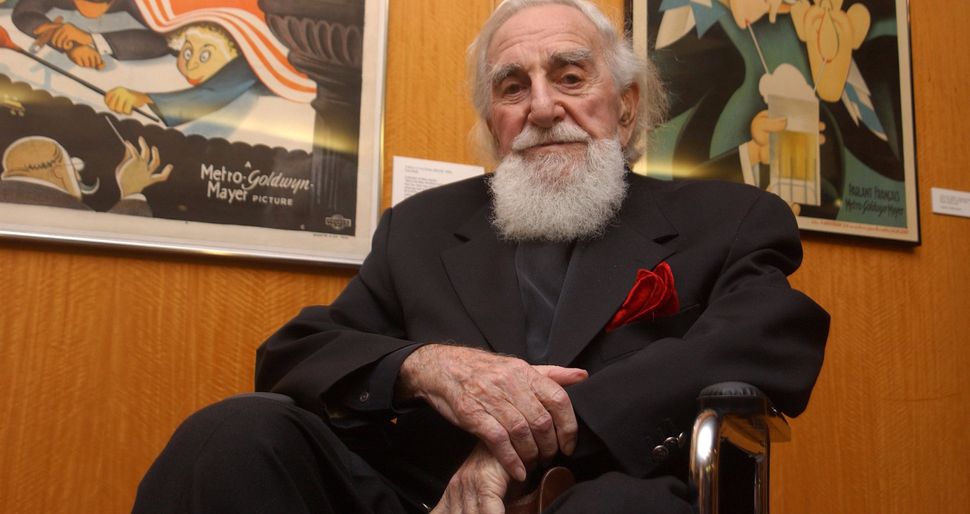 Summer! The beach! Camp for the kids! And maybe, this time around, endless hours spent inside, staring in horror at Twitter. If that’s a fate you’d like to avoid, look to one of the following books, which promise to be some of the most interesting releases of the summer and fall. Some will distract, some will terrify and some will provoke. We say, take it all in.

If you’re looking for an escape, this is not the book to choose. It chronicles Berger Gross’s Long Island Jewish childhood, during which she was physically and emotionally abused by her father, and her subsequent decision, in her 20s, to end her relationship with her family. In a Huffington Post excerpt from the book’s previous iteration as a Kindle Single (published in 2014), Gross wrote of some of the moments when she’d wished she’d had a mother, such as when she was struggling with pregnancy or celebrating children, professional successes and a wedding. “A mother, yes — what I wouldn’t do for one,” she wrote. “But not mine.”

Eisinger, a senior reporter for ProPublica, won a 2011 Pulitzer Prize for his reporting, along with Jake Bernstein, on Wall Street practices that helped lead to the nation’s economic collapse in 2008. Here, he goes deep into the government’s hesitance to bring charges against corporate leaders like those he investigated in the series of articles that earned him the Pulitzer.

The Ritchie Boys were a group of almost 2,000 German-born Jews who, having fled their homeland for the United States, returned as soldiers for their adopted country during World War II. Many of them, returning to their homeland, had no information about their families’ fates, and all of them knew the increased risk they would face there if captured by Adolf Hitler’s forces. Henderson tells some of the Ritchie Boys’ stories, many based on interviews with the group’s veterans.

Twitty, an occasional Forward contributor and member of the 2016 Forward 50, is a well-known culinary historian. Here, he explores the South’s African-American culinary heritage, tracing his family back through three centuries in the region. The book features personal stories, cultural commentary and recipes.

Letters to His Neighbor

Proust is famous for his novels, but his correspondence reveals entirely different aspects of his characters. In this volume, his letters to his neighbor with small children, which chronicle his disgruntlement with the noise those children produced, both entertain and speak to the general aura of suffering in which the author lived. Lydia Davis, herself a well-respected poet and author of short fiction, has previously translated Proust’s “Swann’s Way” and Gustave Flaubert’s “Madame Bovary.”

Candy for those who have a taste for literary history, Goldstein’s book follows the authors listed in its lengthy subtitle as, on the heels of the publication of James Joyce’s “Ulysses” and Proust’s “In Search of Lost Time,” they began crafting masterpieces that would herald the beginning of literary modernism. Goldstein splits his focus between the writers’ work and their intertwined lives, offering drama, cultural insight and a good dose of pure fun.

To Siri With Love

In 2014, Newman wrote a viral New York Times essay about her autistic teenage son’s friendship with Siri, the interactive assistant application on iPhones. “For most of us, Siri is merely a momentary diversion,” she wrote. “But for some, it’s more. My son’s practice conversation with Siri is translating into more facility with actual humans.” In this new collection, she expands on that essay, chronicling the joys, challenges and surprises of parenting her unique son.

Zapruder, a poet, contends that citizens of the modern world are taught the wrong things about how to read poetry. He ponders the form’s lasting importance and suggests methods of reading and analyzing that can help readers more thoroughly connect with it. “It is not only possible, but necessary, to preserve a free space inside oneself for the imagination,” Zapruder commented in an interview with the Poetry Society of America. If you’re looking to open that space inside yourself, this may be the book for you.

Did the Exodus ever happen? If so, how, and what does it mean? Friedman, a biblical scholar, pursues these questions in “The Exodus.” Whether or not they’ll be more exciting there than they were in DreamWorks’s 1998 film “The Prince of Egypt,” on which Friedman served as a consultant, is difficult to predict.

In 2011, Mendelsohn, a professor of literature at Bard College, had an unusual student join his course on “The Odyssey:” His father. After the course, the two traveled to trace the sites of Homer’s epic poem, setting their own relationship off in an unexpected direction. “The underlying journey that the poem charts is a man’s passage through life, from birth to death,” Mendelsohn wrote in an excerpt of the book published in The New Yorker. “How do you get there? What is the journey like? And how do you tell the story of it?”

The Rise and Fall of Adam and Eve

No one does intellectual history quite like Greenblatt, whose previous works include the Shakespeare biography “Will in the World” and “The Swerve,” which recounted how the Renaissance rediscovery of the Roman poet Lucretius’s “On the Nature of Things” helped pull the world into modernity. In “The Rise and Fall of Adam and Eve,” he turns his attention to one of humanity’s founding stories. Expect a nuanced, careful, thrilling exploration of the story’s lasting influence.

The Third Reich: A History of Nazi Germany

Childers, a professor at the University of Pennsylvania, is an expert on Germany in the years leading up to and during World War II. He traces the political development of Adolf Hitler, the process by which he transformed his independent ideology into the driving force of a dominant political party, and the devastating impact of that party’s rule. With authoritarian instincts apparent across the globe, Childers’s book should prove a timely reminder of civil society’s many vulnerabilities and the ease with which they can be exploited.

Isaacson is arguably one of the most influential American scholars in the humanities; in 2012, profiling him as one of Time’s 100 Most Influential People, Madeleine Albright lauded “his trio of brilliant works about men of genius — Franklin, Einstein and Jobs.” Add one more to the list: Leonardo da Vinci. For those interested in art, technology and innovation, the book will be a must-read.

In 2014, Schama published the first installment of his “Story of the Jews,” which covered the modest era between 1000 B.C. and 1492. The New York Times called it “exemplary popular history,” and NPR deemed it “magnificent.” Fingers crossed that Volume 2 will prove just as deeply researched and readable.

The Chicago Cubs: Story of a Curse

by Rich Cohen
Farrar, Straus & Giroux, 272 pages, $26
For many, the Chicago Cubs’ win in the 2016 World Series was a bright spot in an otherwise anxiety-ridden fall. Cohen’s history of the team, which incorporates memories of his own experiences as a longtime fan, should warm hearts, fuel appetites and serve as a final reminder not to bring goats to baseball games.

Hirschfeld was a caricaturist, poster designer, art director and, above all, a character. No one was spared by his pen: Not The Beatles, not the cast of “Star Trek,” not himself. With any luck, Stern’s biography of the great man, who passed away in 2003, will mimic its subject’s stylish minimalism. And given the number of remarkable cultural figures with whom Hirschfeld worked and hobnobbed, there should be plenty of delicious 20th-century gossip included to boot.

Going into Town: A Love Letter to New York

Love New York? So does Roz Chast, and we’re the luckier for it. The longtime New Yorker cartoonist is also a born-and-raised New Yorker; when her children were young, she and her family moved out of the city, but she never stopped loving it. Just before her daughter left for college in Manhattan, Chast wrote her an illustrated guide to the city, covering everything from what “Uptown” means to how to have fun. A handy reminder of what makes the city lovable, maddening and a little gross.

“The Blinds” has a pretty compelling premise: There’s a town in Texas populated by criminals and those who have witnessed crimes. They have been given entirely new identities and don’t remember the circumstances that brought them there. A couple of violent events disturb the peace and, presumably, thrills ensue. If you’re looking for a good old-fashioned beach read, this could be it.

The Resurrection of Joan Ashby

Wolas’s debut novel follows a brilliant young writer — hmmmm — as she tries to balance a family she never intended to have with the writing, over decades, of what promises to be her great work. Then things turn somewhat darker. Like “The Blinds,” “The Resurrection of Joan Ashby” looks primed to whisk you away from the everyday, which is, after all, part of what summer is all about.

As the saying goes, don’t judge a book by the blurbs on its cover — I’ve got that right, yes? — but Krauss’s new novel sports a humble quote from Philip Roth: “A brilliant novel. I am full of admiration.” Where Roth goes, we follow, which apparently this time means Israel in the company of two unrelated strangers whose independent storylines barely intersect. Adventure awaits.

Bergmann’s debut uses a popular literary trick: Start with a storyline sometime in the past, intersperse it with a separate line in the present, then allow the two to intersect in astonishing ways. Can he pull it off, as only select others — A.S. Byatt with “Possession,” for instance — have done before? Only time will tell, but the premise (a rabbi’s son-turned-magician in World War II, plus a young boy trying to keep his family together decades later) entices.

What is, exactly, the titular power? No one is quite sure, but it’s letting women violently upend traditional gender hierarchies, and the men are scared. (Hurrah!) “The Power” won this year’s Bailey’s Women’s Prize for Fiction (previously the Orange Prize), and Alderman was mentored by Margaret Atwood while writing it.

Feldman’s first novel, “The Book of Jonah,” was an audacious new take on a biblical tale; The New York Times lauded it for its “risk-taking and sheer weirdness.” “Start Without Me,” on first glance, appears to be slightly less unorthodox: It follows two strangers, Adam and Melissa, after they meet on Thanksgiving morning and grapple with various individual and family dramas over the course of the day.