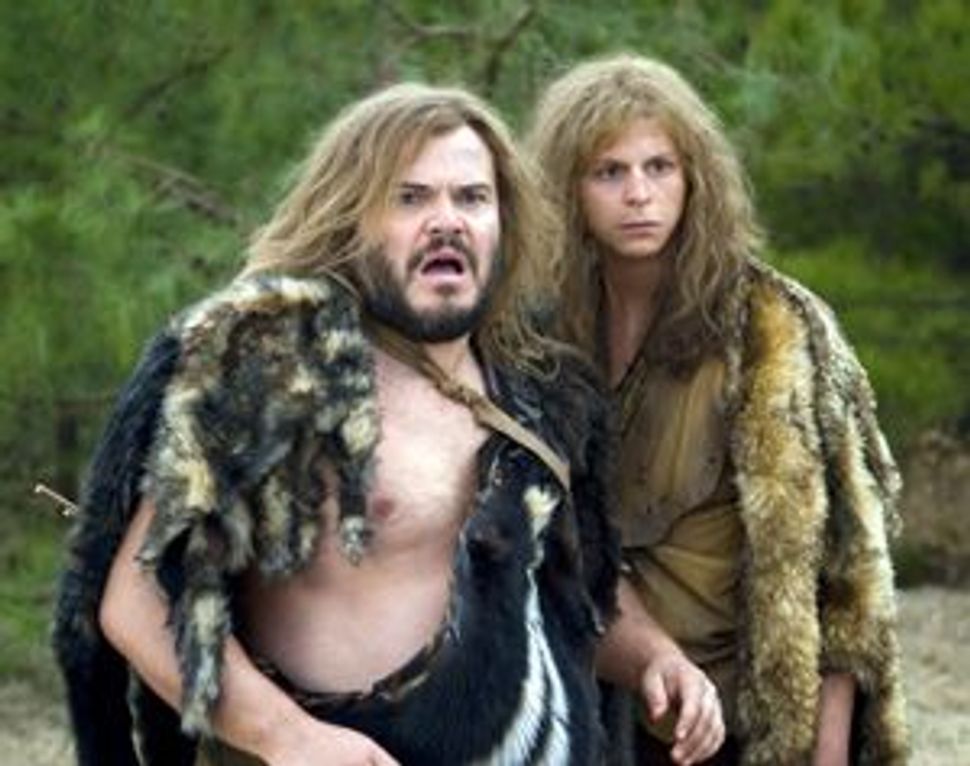 Eyewitnesses to Genesis: Jack Black, left, and Michael Cera in ?Year One.? Image by SONY PICTURES 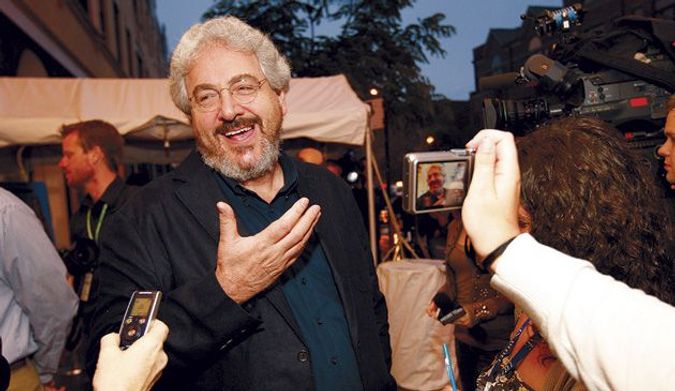 Bible Study: Ramis?s latest film takes on religion and society, and does so with a healthy dose of adolescent humor. Image by Getty Images

On September 11, 2001, Harold Ramis was in a car making its way through the Williamsburg section of Brooklyn — the heart of the Satmar Hasidic community — watching as people covered in ash from the just-fallen Twin Towers came streaming over the bridges from Lower Manhattan. “We got to Williamsburg, and the Hasidim were walking around in their shtreimels, and I thought, what an image of religion today: the insular fundamentalism of Judaism, and the violent fundamentalism of Islam,” Ramis said during a recent interview with the Forward.

The image, and the ensuing turmoil of the subsequent years, left Ramis wondering where, exactly, things had gone wrong. The search for answers — combined with a healthy dose of adolescent humor — forms the backbone of Ramis’s latest movie, “Year One.”

Ramis has co-written and/or directed a long list of classic Hollywood comedies that have deftly combined sharp satire and outrageous silliness, sometimes in an even combination (“National Lampoon’s Animal House”), sometimes leaning more toward the latter (“Ghostbusters”). But “Groundhog Day,” which is widely regarded as his greatest comedy, is more of a spiritual parable, as the main character is forced to relive the same day over and over until he can figure out a purpose to his life. 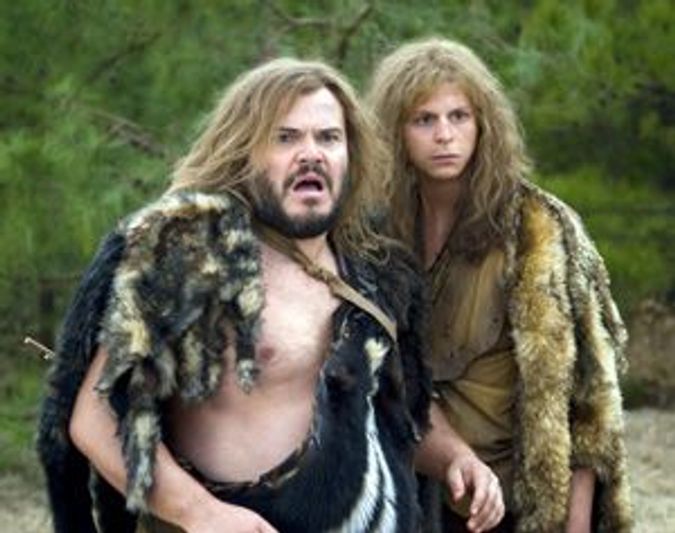 Eyewitnesses to Genesis: Jack Black, left, and Michael Cera in ?Year One.? Image by SONY PICTURES

“Year One,” which Ramis wrote and directed, returns to that vein. Ramis decided that the best way to explore religion and society was to return to the roots of both. The movie is set in ancient times, but with a decidedly modern outlook and vocabulary; the filmmaker said he was inspired by Mel Brooks and Carl Reiner’s “2000 Year Old Man” 1960s comedy routine. The film opens with a pair of hunter-gatherers, Oh (Michael Cera) and Zed (Jack Black), living a life of dissatisfaction in a tribe that more than slightly resembles a high school, where the jocks oppress the freaks and the geeks. When Zed decides to sample the fruit from the Tree of Knowledge, he becomes convinced that there must be more to life, and once the two are kicked out of the village, they set out on a spiritual journey of their own.

“Who are Adam and Eve if not hunter-gatherers in a state of nature with no existential concern?” Ramis said. “In Genesis, God tells them now they’re going to be mortal, so now you’re conscious of life and death; you’re going to have to work for a living, you have to earn bread by your labor and you’re going to bring forth children in pain. I took that to mean not only will childbirth be painful, but raising children will be painful. I thought, that’s the beginning of existential awareness — it’s not all good.”

Oh and Zed’s quest sends them on a tour through Genesis: They watch Cain (David Cross) slay Abel (Paul Rudd); stop Abraham (Hank Azaria) from killing Isaac (Christopher Mintz-Plasse), and eventually end up in the city of Sodom.

There is plenty of suffering and woe, but this being Ramis, the existential angst is leavened by comedy: The Cain-Abel confrontation is played for grotesque slapstick, and Abraham’s fascination with circumcision is milked for every possible laugh. But there is some edgier commentary in there, as well. For example, Abraham — the only explicitly Jewish character — is a fundamentalist warrior convinced he knows God’s will.

“I pictured Abraham like bin Laden; it sounds like blasphemy to say so,” Ramis said. “We’re told literally in the Torah he had 350 armed men; he was a warlord.”

The movie also sets the search for meaning against a series of encounters with religion in various forms, ranging from the primitive superstition of Zed and Oh’s original tribe to Abraham’s straight-from-God messianism to the murderous state-run temple cult of Sodom.

Though religion doesn’t come off too well in any of the encounters, Ramis said that he isn’t hostile toward it. For him, the problem isn’t religion so much as the way that religious beliefs are used.

“Religion seemed to me to arise as a response to this suffering and uncertainty. Life is too terrifying to some people without beliefs,” Ramis said. “Most of the problems come when people start using their religious beliefs to justify their self-interest or their national interest. Every religion has a morality that makes sense and an ethical system and preaches compassion and tolerance. The problem isn’t religion, it’s people — we’re not perfect.”

Ramis himself was raised with a Jewish education, but he drifted away from Judaism at an early age: “I abandoned organized Judaism after my bar mitzvah,” he said. “I wasn’t sure what I was being asked to believe in.”

He has since drifted back into the Jewish orbit, citing in particular the influence of Rabbi Irwin Kula, who gave him a bit of advice as he was working on “Year One.”

Ramis recalled: “I told Irwin I was doing a secular humanist Torah. He said: ‘Be careful. Secular humanism is great, but don’t let rationality take all the mystery out of life for you.’”

But Kula’s warning seems unnecessary for Ramis, a man who never has let rationality overwhelm his sense of the ludicrous. In his view, comedy, no less than religion, is a tool for grappling with the world’s pain and randomness.

“We’re told that the world makes sense, that there’s order. But as children, we may quickly realize, there’s no order here, it’s chaos. What’s supposed to be good doesn’t look that good, and what’s supposed to be evil looks pretty good. It becomes morally confusing,” Ramis said. “Some children think, well, my parents told me it’s good, and the government says it’s right, so if I’m out of step with this world, I must be crazy. But the absurd child says, no, I’m not crazy; the world is nuts.”

He added, smiling, “People who follow the comic path comfort themselves with that irony.”

A film trailer of “Year One” is below: