Neurotics of the World Unite!: Larry David To Star in Woody Allen’s Next Film 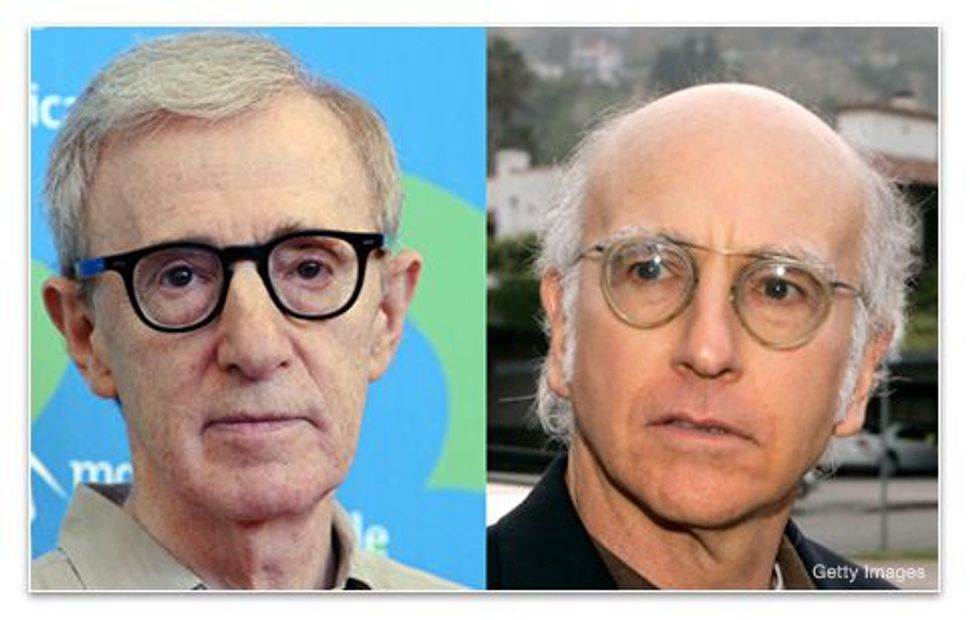 Larry David, the mind behind Seinfeld and Curb Your Enthusiasm, is set to be the lead in Woody Allen’s next, as-yet-untitled feature, which is scheduled to shoot in New York City in the spring. Plot details are being kept under wraps, but David will act alongside Evan Rachel Wood.

E.W. notes that the film will be a sort of homecoming for Allen, who shot his previous three movies in England and an upcoming one in Spain. But will Woody and Larry find that the New York that nurtured their neuroses no longer exists?

UPDATE: Evan Rachel Wood is also one of us.

Neurotics of the World Unite!: Larry David To Star in Woody Allen’s Next Film