Natalie Portman Says She and Scarlett Johansson are the ‘Hot Knishes’ 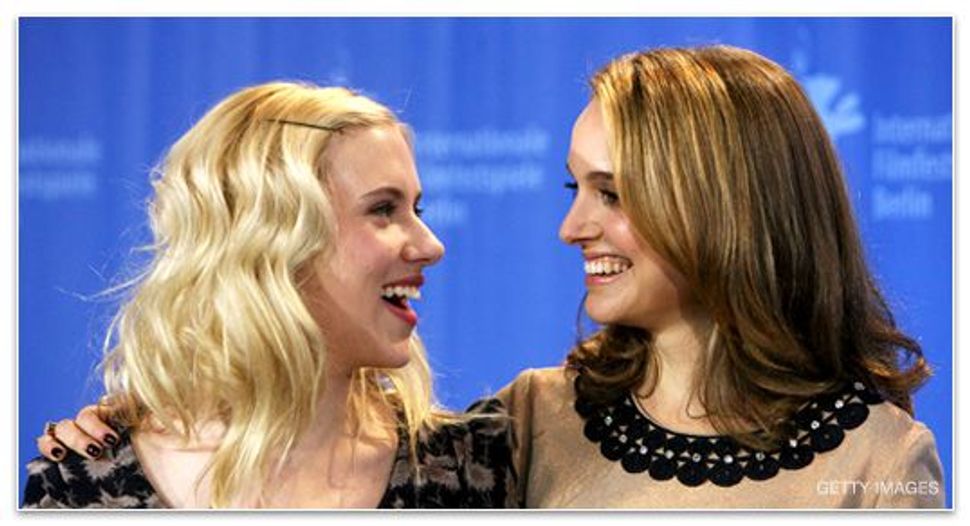 Natalie Portman speaks at length with the Times of London about a variety of topics, including her dating patterns, why being an only child made her career possible and why Stephen Fry was her all-time favorite co-star.

She also touched on her Jewish identity. Asked whether her ethnic background has been a stabilizing influence, she replies:

Absolutely. I identify very strongly as Jewish, but I could be Indian, Puerto Rican … Anything that gives you a cultural identity makes you know who you are and grounds you, even as a young girl trying on identities.

Portman is, of course, starring with fellow Jewish starlet Scarlett Johansson (Jewish on her mom’s side, Danish on her dad’s) in the upcoming “The Other Boleyn Girl” — a project that is certain to stoke an unprecedented level of interest in the 16th-century British monarchy among young Jewish men. Her interviewer noted that when Penelope Cruz and Salma Hayek co-starred in a movie they were dubbed the “hot tamales” (weirdly, since Penelope Cruz is Spanish, not Mexican), and asked Portman what the media would call her pairing with Johansson. Portman’s answer: “The Hot Knishes.”

Natalie Portman Says She and Scarlett Johansson are the ‘Hot Knishes’