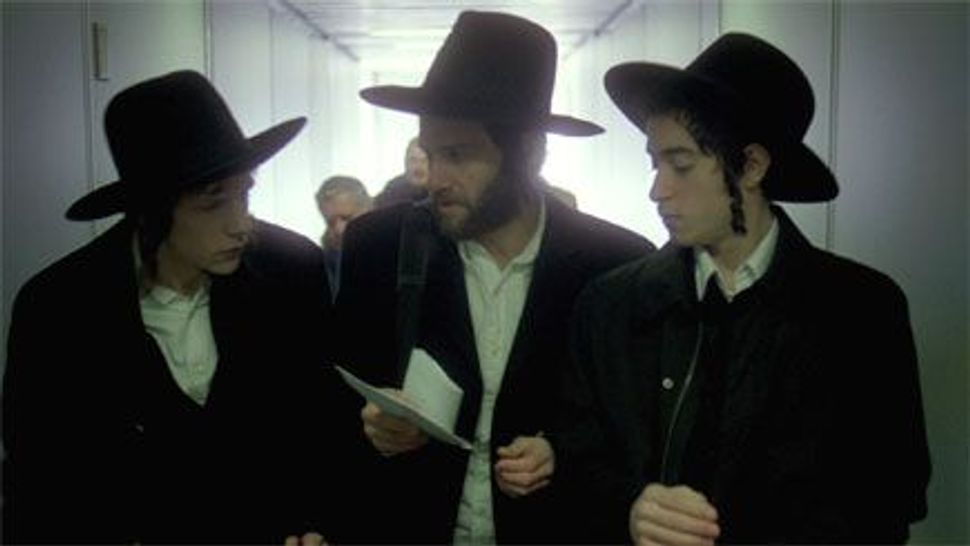 In preparation for his upcoming film, “Holy Rollers,” based on actual events in the late 1990s, when members of the Hasidic community were recruited as drug mules, actor Jesse Eisenberg, 26, became a bar mitzvah. 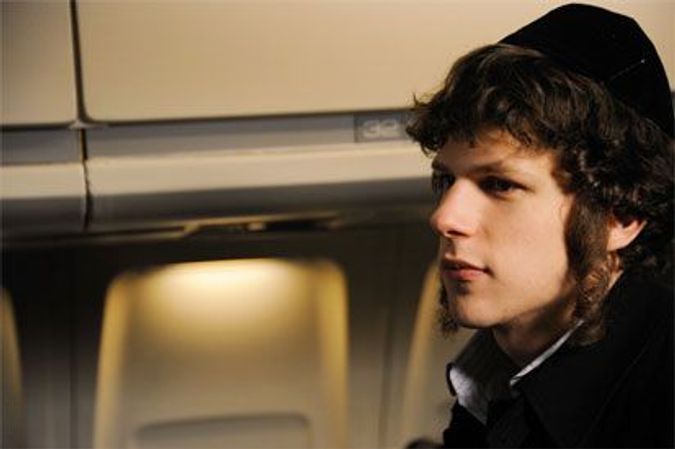 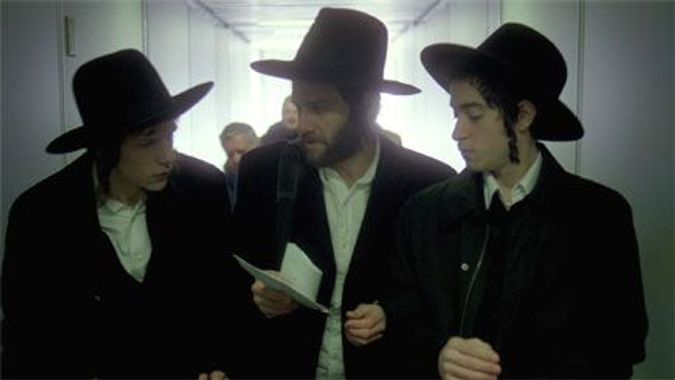 The Queens native spent time at the Lubavitch headquarters in Brooklyn. “They asked me if I’d been bar mitzvahed,” he told the Forward during a telephone interview. He hadn’t. “So they went through the process, the tefillin, reading the prayers. It was over in about 10 minutes, and then I guess I was a man.”

In real life, Eisenberg is a self-described “inconsistent” Jew. In “Holy Rollers” he plays Sam Gold, a young Hasid from a poor but respectable family who falls easy prey to the allures of money when a neighbor recruits him to bring back “medicine” from Europe. All he’s asked to do as he clears customs is “act Jewish.”

The medicine, it turns out, is ecstasy. Sam has become part of a drug ring run by Jackie Solomon (Danny A. Abeckaser), an Israeli who takes a liking to Sam, whose shrewd business sense soon proves invaluable. The movie gives insight into the darker side of an insular community, and some have criticized the portrayal.

Eisenberg, however, doesn’t echo those opinions; rather, he says the themes of the film are universal.

“I saw the movie as a great story,” he said. “My character, Sam, is kind of lost. He’s on the verge of adulthood and doesn’t have a path. That is completely relatable.”

Eisenberg is also quick to note that “all the people who made the movie were Jewish. There wasn’t a hint of interest in hurting the community.

“The characters that exploit Judaism to smuggle drugs are the antagonists. The film doesn’t present them as representative of the entire group. Every society in every civilization has had bad apples.”

To those sentiments, Eisenberg said, “I don’t view Bernie Madoff as a bad Jew. I view him as a bad man, an exploitive banker…. In terms of the movie, it just presents a story that happens to take place in the Hasidic community.”

Eisenberg’s breakout role was Walt Berkman, one of the put-upon sons dealing with their parents’ separation, in the 2005 indie film “The Squid and the Whale.” Last year he starred in the successful mainstream movie “Zombieland.”

Eisenberg was raised in East Brunswick, N.J. His mother worked as a birthday party clown, and his father was a hospital administrator and college professor. The family celebrated Jewish holidays, but did little beyond that to acknowledge the Jewish religion. “We’d go to an aunt or uncle’s house,” Eisenberg said. He was enrolled in Hebrew school, but not very happily, and soon dropped out. “I didn’t like the way Judaism was presented…. To go to temple was more of a social event rather than focusing on the more meaningful aspects of the religion.”

Eisenberg now considers himself a secular Jew, “or observant when it’s convenient…. I’m sure my great-grandparents would turn over, but I feel more American, more part of the melting pot. I don’t want to say it feels passé. Not just for me, but for my friends [of other faiths, too], religion seems not to be part of [our] contemporary lives.”

Although religion doesn’t play a big role in his life, Eisenberg periodically attends services at a liberal gay, lesbian, bisexual, transgender synagogue in Manhattan’s Greenwich Village — where the sermons have more to do with social and political life, rather than religious observance — and he spent last Passover at a Seder at his Jewish girlfriend’s house. “She appreciates the traditions more than I do, and goes [to synagogue] more than I do,” he said.

Before Eisenberg prepped for the movie, his attitude toward Hasidim was more of a curiosity: “It’s interesting to live in New York and be a very Reform or secular Jew. You feel you have some kind of connection to them, yet you couldn’t be further away from them.” And he was careful to diligently research the role of Sam — reading books about Hasidic life and working with a dialogue coach — before making the decision to accept it. “I read the script about three years ago, and went to Boro Park [in Brooklyn] to see if I could do the role. I knew so little about [Hasidim],” he said. “I talked to people on the street. I’d ask directions and carry on conversations. I got the sense that they’re not that different, that they’re like me in certain ways, and decided I could do the part.”

In fact, Eisenberg was surprised at how much like him they turned out to be. “That cliché of the hunched [over] Jew who speaks with a Yiddish accent [isn’t true]. I met so many people who spoke in a more modern cadence, as I do,” he said.

And the unlikely bar mitzvah had a somewhat lasting effect: “It wasn’t entirely over, because the feeling the experience engendered lasted a bit longer. I remember I felt like I had been a negligently Jewish person, but after the movie ended, that feeling dissipated. I think it had more to do with nostalgia and hearing those prayers from when I was a kid than spiritual enlightenment.”

“Holy Rollers” opens in New York and Los Angeles on May 21 and in additional markets throughout the summer.

Curt Schleier teaches business writing at corporations and is the editor of filmsoundoff.com and tvsoundoff.com.

Watch the trailer for “Holly Rollers” below: