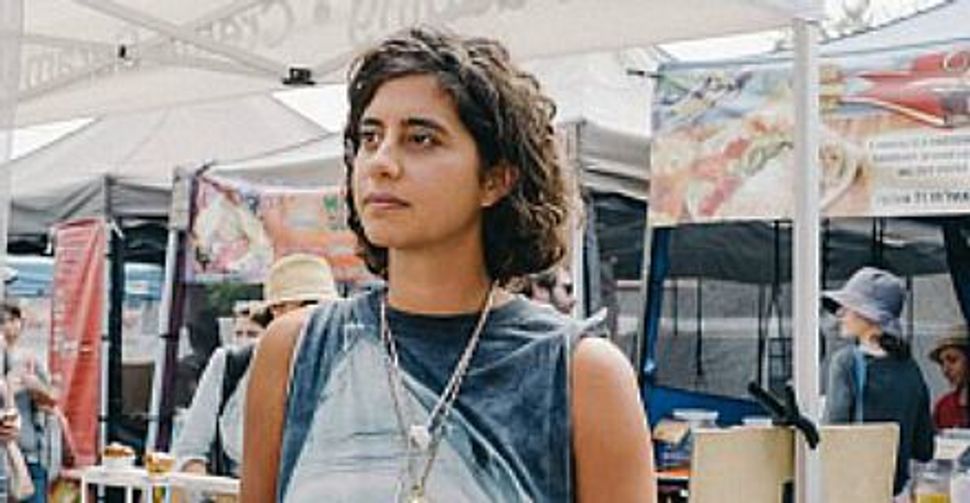 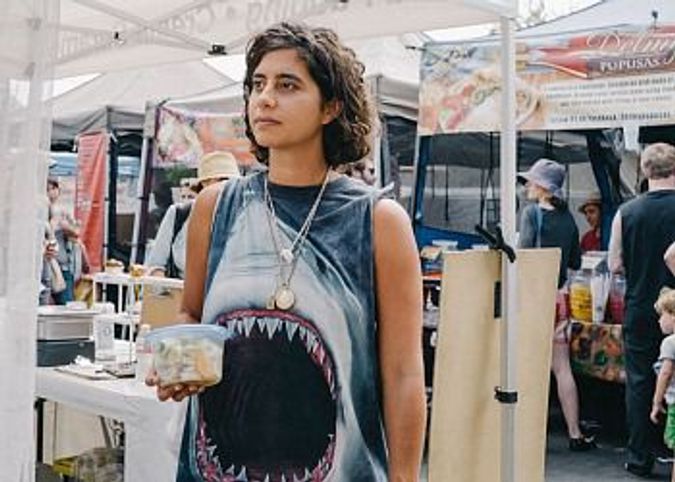 Filmmaker Jessie Kahnweiler, known for her comic spiritual YouTube adventure “Dude, Where’s My Chutzpah?” has a new video out, and viewers don’t know quite what to make of it.

The short satirical film is a response to Kahnweiler’s own rape, which occurred almost eight years ago, when she was 20 years old and studying abroad in Vietnam. In the video, Kahnweiler plays herself. After she runs into her rapist at the farmer’s market, she can’t shake him. He appears to be following her — more like, haunting her — everywhere she goes: on a job interview, on a run with a friend, to dinner with her parents, to her psychotherapy session. Kahnweiler feels she has to take cues from everyone else as to how to relate to her rapist. However, that changes by the end of the piece.

Kahnweiler spoke with the Sisterhood about the realization that catalyzed her to make the video, her use of satire in dealing with the subject of rape, and how “Meet My Rapist” relates to her understanding of herself as a young Jewish artist.

THE SISTERHOOD: I understand that you made the decision to make this film after something that happened to you this summer. Can you tell us about that?

JESSIE KAHNWEILER: I was visiting some friends in New York City in July and I was at a really nice club. I was dancing and this dude just slapped me on the ass. And I was like, “Uh, that reminds me of the time I got raped.” I didn’t even think about it when I was saying it; it just kind of came out… The look on the guy’s face! He kind of freaked out and ran away. Everyone was kind of laughing about it a little bit, but the next day I realized that that moment was going to lead to a film.

What exactly did you realize?

When you go through something like that, a huge trauma, there’s a side of you that’s, “Oh, that was really horrible and it happened to me.” But for me there was a bigger side: “I want to be strong and get through this. I’m fine, I’m fine, I’m fine. I’m a strong woman I’m a feminist, I can take this.” I really stepped into that role of not wanting to be a victim, not wanting to be hurt or affected by this horrible thing that happened.

And then with that moment in New York, I realized I’m not really over what happened to me. As much as I can say that I am, and that I’m stronger for it, I really didn’t allow myself figure out how I felt about it. And for me, I had to make a movie and figure it out.

How did you handle things immediately after the rape? Did you seek out psychotherapy or other support?

I really did everything right. I’m a good Jewish girl — I went right to therapy. I told my parents about it. I came back and was very vocal about it, and talked about it with my friends and told every single one of my ex-boyfriends about it. But in doing that, I would automatically think about how the other person would react and kind of skipped over how I was feeling about it. It was also part of my stand-up act for a while. I was really carrying this thing around… Anything I could do to move through it and convince myself that I had moved on.

What do you say to people who question your use of humor or satire in dealing with the subject of rape?

It comes form a very personal place. The satirical element couldn’t be more genuine. This is the lens through which I see the world. By no means am I saying that rape is funny. I am saying, as a victim of rape, that this is the lens of my experience.

In my life, I use humor to cope. When I look at situations, relationships and experiences, I tend to find the humor in it all. It wasn’t like I wanted to make a comedy. I just started writing, and this is how I saw this experience. For me, humor is truth. This is the truth of my experience. This isn’t me trying to get a laugh. Trust me, if I wanted to make a comedy about rape. You would know. It would be crazy, whereas this is real. I don’t want to know what a comedy about rape would be. 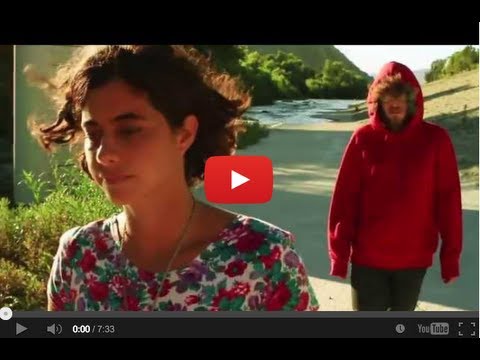 What, in essence, are you trying to say with this short film?

I think it’s all about freedom — freedom from denial of experiences and memories inside yourself, and freedom from thinking you have to feel a certain way about experiences in your life. I was really hiding behind this idea of the proper way to get over rape… It doesn’t go according to plan… It’s up to me to define my truth about it.

What kinds of reactions are you getting to the video?

Rape is such a politicized issue. People are so opinionated about it. I can’t even tell you about the kinds of comments I’ve gotten. I’m not trying to tell anyone else how to heal. This is not the rape story. This is my rape story.

A lot of people are saying they don’t get it. People are saying they don’t know how to react to the video. I think that’s wonderful. I still don’t know how to react to getting raped. You have to open that dialogue. I’m really inspired by the Jewish giants whose shoulders I stand on. Comedy is a way to activate people and inspire people and open up a dialogue.

No one wants to talk about rape or watch a movie about rape. But guess what? It’s an issue — a huge issue. So, if we can’t talk about it, what does that say about our society? It’s happening. It’s continuing to happen. This is my response to it and I’m entitled to that.

How has your receiving a [Six Points Fellowship][1] for emerging Jewish artists affected you?

When somebody takes a shot on you like that, it’s such a rare thing. It’s really given me the confidence that fuels all of my projects now, including this one… I’ve never felt more Jewish in my life. I’m taking chances and expressing myself. If that isn’t Jewish, I don’t know what is.