How To Get De Niro and Stallone in the Ring 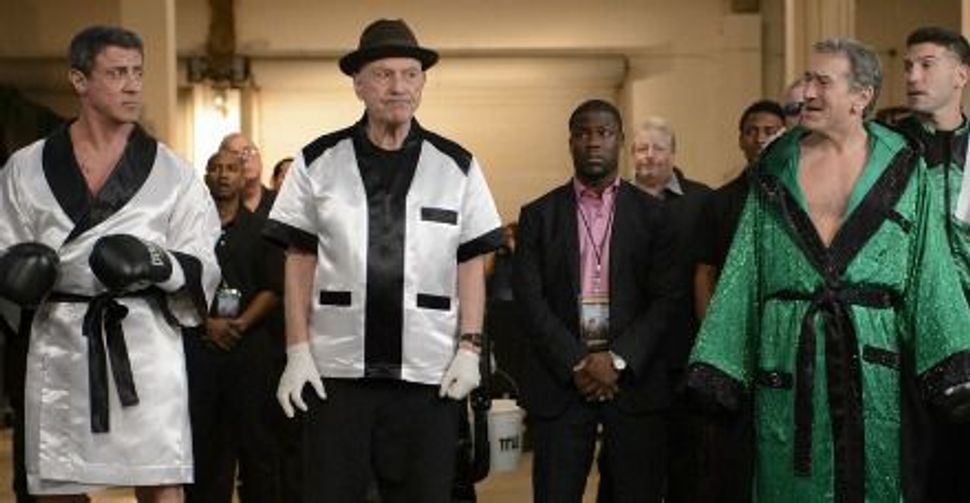 Thirty years ago, boxers Billy “the Kid” McDonnen and Henry “Razor” Sharp split two hard-fought light heavyweight contests. But for reasons soon revealed, there was never a rubber match, despite the personal animosity between the two. 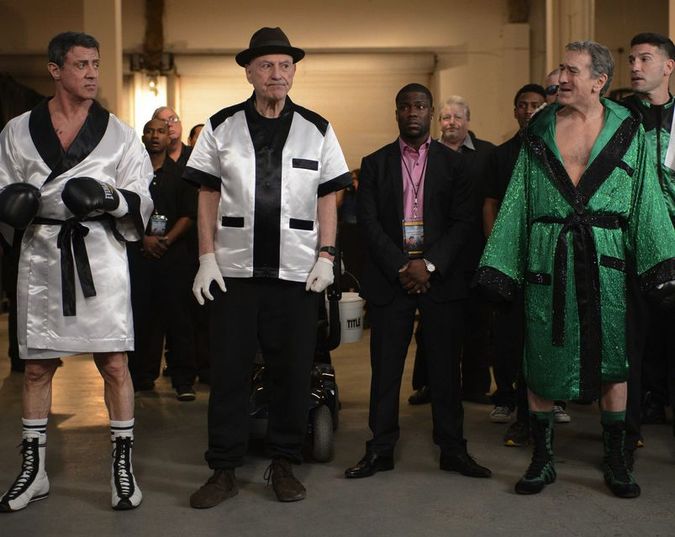 Now, three decades years later, a young promoter has convinced them to participate in a “Grudge Match,” which will be released nationally December 25. Obviously, two overweight, over-the-hill fighters going at it offers delicious comic possibilities. Take two veteran — that is, geriatric — gladiators: Sylvester Stallone as McDonnen and Robert De Niro as Sharp, and the laughs increase exponentially.

The man in charge of the literal and figurative mayhem is Peter Segal, a successful veteran of comedies that starred everyone from the late Leslie Nielsen (“Naked Gun 33 ⅓”) to Adam Sandler (“The Longest Yard,” “Anger Management”) to Steve Carell (“Get Smart”).

Segal, 51, spoke to the Forward about why there are jokes in the trailer you won’t see in the movie, his first film, a super 8 version of “Lost in Space,” and his grandfather, the man in black.

Curt Schleier: There’s a show business saying: “Dying is easy, comedy is hard.” How did you wind up making the hard choice?

Peter Segal: I just kind of fell into it by accident. I was the class clown in school and then someone gave me a camera. I remember in the sixth grade I would do impressions that disrupted my social studies class. Finally, the teacher said, “Get your work done and I’ll give you five minutes at the end of the class to do your impressions.” I was a big fan of Rich Little, and did the voices he did.

It strikes me that directing comedies is much harder than directing dramas because timing is so much of a factor, and you’re working in a vacuum.

Ron Howard’s mother supposedly asked him why he doesn’t do comedy anymore. He told her, “Mom, it’s way too hard.” It’s a very specific art form that has a lot of rules. I go back to lessons I learned from the Marx brothers, who took their movies and performed them on the road first. So by the time they rolled film, the script was much better honed and the timing was better. That’s why I like to rehearse as much as possible. Sometimes improv moments come up during rehearsals that are so good, we just add them to the script. Because no one is omnipotent, sometimes we’ll have three or four alternate jokes. If one joke doesn’t work in a test screening, we’ll have a backup. Sometimes, we’ll have a couple of jokes that work. We’ll use the one which fits the scene best, and use the other in marketing. That keeps it fresh, and audiences don’t show up and say we saw the best jokes in the trailer.

De Niro has a comedic track record. Stallone doesn’t. Was it difficult directing someone without proven comedy chops?

When ever I hear a dramatic actor say I can do comedy, I tell them don’t. I say just be real and grounded and let the situation we wrote do the hard work. When you stop pushing to try to get laughs, that’s when you kill it. Often the dryer the read, the funnier the performance.

You scored a tremendous casting coup. I mean, who better to play these geriatric boxes?

When I got hold of the script a couple of years ago, it did not have anyone cast. I felt there was a lot of humor, but also a wonderful story of redemption and second chances. But the only way it would work, is it the two characters were believable. And the only two guys I could think of who could do that were Sly and Bob. The good news was the studio [Warner Bros.] agreed with me. The big news was they said unless you get De Niro and Stallone we’re not going to do the picture.

Bob was a little easier, because he already had successfully and humorously tipped his hat to his “Godfather” role with “Analyze This.” But Sly had not done that. So I had to convince him that we weren’t making fun of or parodying Rocky. We were just using it as a subtext to expose him to a whole new audience that doesn’t know him as a comedic player.

Can you tell me a little bit about your life growing up?

I grew up in Manhattan and my grandfather was Orthodox. My father didn’t practice is much, but when we moved out to Los Angeles and his mother passed away my grandfather came out to live with us. There were stories in the paper about him, how this guy in a black hat and black trench coat would take the bus every day to go to synagogue. He made the trek, only to be attacked when he came home by the one rooster we had on the little ranch where we lived. My mother was not Jewish, but she converted. We were what I call recreational Jews. We practiced a lot more when my grandfather was alive.

Were you one of those kids who ran around with cameras making home movies?

How To Get De Niro and Stallone in the Ring