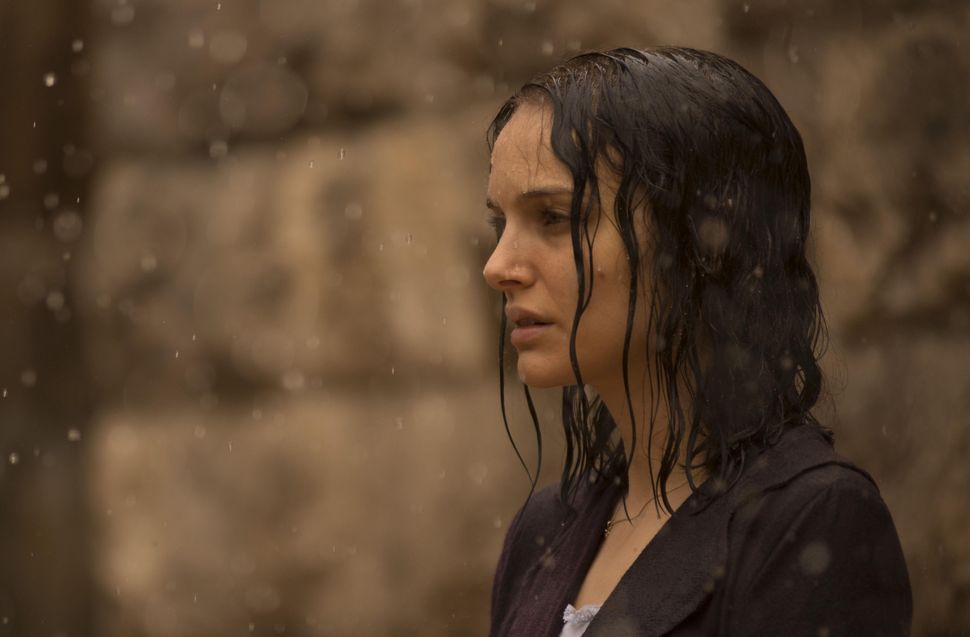 It’s official. After 67 years of presenting the best of testosterone-driven cinema from the world over, the Cannes Film Festival made the discovery that women too can direct. At least, that’s what I take it the New York Times’ Manohla Dargis meant when she irritatingly dubbed this the “Year of la Femme,” in reference to the unusually high number of films by women at the 68th Cannes Film Festival. Film festivals – and Cannes in particular – perennially come under attack for programming not enough works by women, a problem that clearly has more to do with sexism (latent or overt) in the film industry than merely with the tastes of film festival directors. A study published last year by the Federation of European Film Directors found that only 16% of European films made between 2003 and 2011 were directed by women.

Among the contributions to this year’s festival by woman directors was Emmanuelle Bercot’s “Standing Tall”, somewhat bafflingly chosen for opening night (perhaps to counter the sexism charge). Two others, Valérie Donzelli’s incest drama “Marguerite et Julien” and Maïwenn’s soap operatic “Mon Roi,” were part of the official competition. However, the film everyone had his (or her) eye on was Natalie Portman’s directorial debut, an adaptation of Amos Oz’s autobiographical novel “A Tale of Love and Darkness.” Although it screened in a special section (and hence was not of the running for the main festival prizes), Portman’s film was one of twenty-six titles vying for the Camera D’Or for best first film. (It lost on Sunday to the Colombian film “Land and Shade” by César Augusto Acevedo).

The Academy Award-winning actress not only directed, but also wrote and starred in the film, a coming of age story about Amos, a young boy (the ten-year-old first time actor Amir Tessler in a surprisingly assured and subtle performance) growing up in Jerusalem on the eve of the birth of Israel, weighing the stories his parents tell of life in Poland with the dreams and fears of the fledgling nation. Wise beyond his years, the observant and sensitive Amos also feels the strain of his parents’ studied marriage; along with his intellectual father (the Israeli singer and writer Gilad Kahana) he is powerless to stop his mother (Portman) slip into a suicidal depression.

When the film was first announced, I was afraid that we would be subjected to an assortment of international actors all speaking English with thick Israeli accents. Thankfully, Portman has kept the script in Hebrew and her handling of the language is one of the film’s successes. The Hebrew spoken by immigrants to British Mandate Palestine sounded utterly different from the Hebrew you hear spoken in 2015 on the streets of Tel Aviv (or Berlin for that matter) and the actors do a fine job of rolling back the rough accents and breezy cadences of the contemporary language. The Hebrew spoken in the film is measured, lilting and somewhat hesitant. Portman was born in Israel and lived there until she was three; she went to Jewish elementary school and spent a semester at Hebrew University after graduated Harvard. “There’s always been this strange thing where Hebrew is my first language, but it’s a strange language to me because it’s not the language I grew up with,” she is quoted as saying in the film’s production notes. “So it’s not the language I am most comfortable with, but my earliest memories should be in that language. But you don’t remember before 3 years old.”

For the film, she worked with a language coach to eliminate traces of her American accent. She still sounds foreign in the film, which works since Amos’ mother Fania is a Polish Jew. Incidentally, one of Portman’s previous visits to Cannes was for Amos Gitai’s “Free Zone” in 2005, meaning that her experience in the Israeli film industry goes back a decade at least.

The film was shot entirely in Jerusalem and the attention to historical detail is often remarkable. However, the film is frequently bogged down by Portman’s overly literal allegiance to her source material and her penchant for dramatic set pieces – surreal reenactments of episodes from Fania’s childhood in Poland; a flock of black birds that tear across the sky to symbolize Fania’s depression; and the slow-motion shots of Portman wandering through the rain that suggest Fania’s suicide – that keep the film shrouded in an overwrought sense of hushed wonder.

The slickness of much of the production combined with Portman’s overly literal instincts behind the camera – as well as a curiously underwhelming performance in front of it – mean that the film often feels rather flat, despite its high-gloss digital photography and many striking visual compositions. Still, “Love and Darkness” is often evocative and affecting and both the subject matter and Portman’s imprimatur seem certain to guarantee that the film will have an unusually high exposure in the United States for a subtitled film.

In any event, Portman’s name certainly ensured that all of the screenings at Cannes were jam-packed. However, very soon after the lights went down, journalists and buyers started leaving in a steady trickle that rarely let up during the 100-minute running time. No one could rightly accuse “Love and Darkness” of being Israeli propaganda. If anything, the one of the film’s main themes – and a possible explanation for Fania’s depression – is that the fulfillment of any dream (in this case, the millennial yearning of Jews to return to the land of Israel) should also be understood as the loss of that same dream. Still, there are several rousingly patriotic sequences, such as the UN vote for the Partition Plan on November 29, 1947, and I suspect that many the walk-outs had more to do with political sentiments than with mere aesthetic considerations.

At 33, Natalie Portman is arguably the most famous Jewish woman on the planet. Up until a few years ago, this status could be rivaled only by Amy Winehouse, Portman’s near contemporary, who died of alcohol poisoning in 2011. The great singer-songwriter was present at the festival in spirit in Asif Kapadia’s candid documentary “Amy,” which is assembled entirely from archival footage, including home movies, concert footage, TV interviews and promotional materials.

“Amy” is undoubtedly an extraordinary feat of editing and Kapadia deserves a tremendous amount of credit for finding a way to narrate the arc of his subject’s brief, tragic life without recourse to on-camera interviews or voice over narration. As one might imagine, Winehouse’s music plays a crucial role in this film. But in addition to the studio and live recordings of her songs, more than 100 interviews with the singer’s family and friends form the soundtrack of the film, often accompanying jerky, amateurish footage shot by those near and dear to Winehouse.

Amy’s father Mitch comes across as little less than a monster who abandoned his family for his mistress and then waltzed back into his daughter’s life once she was a celebrity. The portrait that emerges of him in the film is of a greedy and callous opportunist who refused to send his daughter to rehab because it would interfere with her touring and recording schedule, and hence, with his profits. Mitch has since distanced himself from the film, saying it deliberately mischaracterizes him.

It is impossible to watch “Amy” and to witness the frantic trajectory of her brief career as a recording sensation without thinking about her death. Since the viewer knows all too well how this story ends, the infernal succession of drugs, paparazzi, tabloid humiliations and professional blunders mount to an almost excruciating degree. Not since Bob Fosse’s “All That Jazz,” which took home the Palme d’Or in 1979, have fame and celebrity seemed so downright depressing.

This is the film’s key revelation; and it is as much a theory or explanation of her death as it is a celebration of her music. And yet the end result often feels frantic and vapid, like an extended episode of an MTV reality show. But I also suspect that this is very much the tone and style of documentaries to come. Thanks to smartphones, tablets and GoPro cameras it is now possible to document every sordid, mundane moment of our lives. Watching a slightly chubby, acne-faced Winehouse at 14 singing into a camcorder, one has the feeling of peering, somewhat inappropriately, into what should have remained a private moment in a life that very quickly became far too public.

“Amy was just a Jewish kid from North London who became this phenomenon,” says the film’s producer, James Gay-Rees. This assessment is repeated time and again over the course of the lengthy (127 minutes) film. “Amy was not a Justin Bieber. She wasn’t a Disney kid.”

Those hoping to learn more about Amy Winehouse’s Jewishness will walk away from the film disappointed. That theme was explored in a 2013 exhibit at the Jewish Museum London called “Amy Winehouse: A Family Portrait,” which highlighted Winehouse’s sense of Jewish identity was very strongly connected with her upbringing. “Being Jewish to me is about being together as a real family,” the singer said in 2005. “It’s not about lighting candles and saying a brocha,” she continued. Somewhat disappointingly, the film barely examines Winehouse’s childhood, lived out in the pre-HD world of the 1980s and ‘90s.

A.J. Goldmann is a writer and critic based in Berlin.