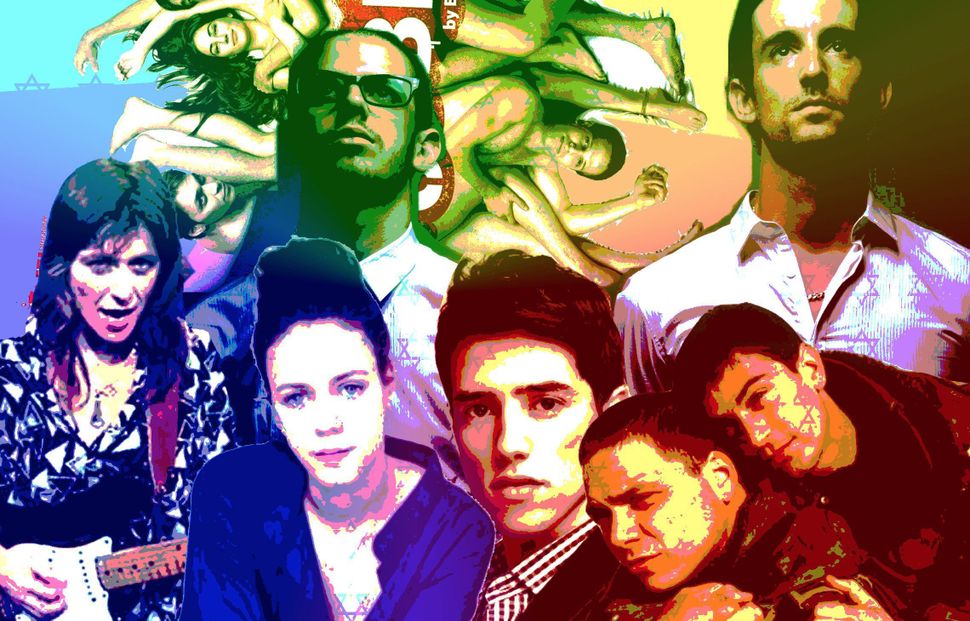 When it comes to Jewish and Israeli pride, is a frequent topic of discussion. But from campy and ridiculous to serious and heart-wrenching, Israelis have created some amazing pieces of LGBTQ culture. In celebration of pride month, we bring you some movies and musicians you may not have heard of but should definitely discover.

A Romp Through History

This is the first openly gay Israeli pop song. It’s called ‘I Want to Live with Him Forever’ and it’s by pop band Kerach9. As you know, in Israel, pronouns are gendered, and this song is all about a guy who wants to spend the rest of his life with another man: “we’ll live like a husband and wife”.

Israel’s gay power couple is, without a doubt, Eytan Fox and Gal Uchovsky. They’re both great media personalities, and have collaborated on a number of movies, including ‘The Bubble‘ and ‘Yossi and Jagger‘, which are must-sees. But this sequel to ‘Yossi and Jagger’, ‘Yossi’ is a moving gem that you might have missed. So, here’s something for you to watch tonight:

‘Out in the Dark’ – just like ‘The Bubble’, this movie includes a love story between an Israeli Jew and a Palestinian man. But unlike the latter, which is a bit more idyllic and contemplative, this one is all drama, passion, violence and intensity. The performances are stunning and it’s really worth a watch.

The Young Professionals are sure to get any pride party going. Members include Ivri Lider, gay heart-throb singer song writer and young Jonathan Goldstein, a music producer who has already collaborated with Israel’s best musicians. Their music videos feature some of the coolest people in Israel’s LGBTQI community. And the music is catchy as heck.

Yehuda Poliker’s life story is pretty amazing. The son of two Holocaust survivors from Tessaloniki, he suffers from a pretty heavy stutter. Yet his singing voice is raspy and beautiful. To me, he’s like the middle Eastern Jonsi. But it took Poliker many decades to come out of the closet, which he did 5 years ago in a TV documentary about his life. However, his songs have always included hints to his sexuality, and his frequent collaborator, Ya’akov Gilad, who wrote many of his songs, is also gay. This song, ‘Names Ba’Geshem’, or Melts in The Rain, is about a young man getting kicked out of his parents’ home, most likely because of his sexual orientation. Names Ba’Geshem is also the title of the first non-documentary Israeli movie about a transgender person, ‘Melting Away’.

Where Are My Girls At?

Israeli music has the most amazing lesbian musicians. Here are just some:

Rona Keinan is a staple in the Israeli gay scene. Her music is phenomenal, and you should listen to all of it. But this song, ‘Mabul’ (Flood), is definitely her most popular.

Corinne Alal is one of the coolest Israeli musicians you’ve never heard of. The Tunisian born Israeli musician’s voice is just so unique. This song is called ‘Zan Nadir’, or ‘Rare Species’.

Yehudit Ravitz is one of the greatest Israeli rock singers of her time. She also helped produce many of Corrine Alal’s albums. She has two children with her partner, Naomi Kaniuk, daughter of the famous Yoram Kaniuk. This album, in which she re-recorded many of her classic pop-songs with the Israeli philharmonic, is especially glorious. ‘Sof La’Sipur’ (The End of the Story), is a melodramatic song about the end of a relationship.

Speaking of heartbreak, this movie by Ira Sachs has all that and more. It depicts of a destructive and passionate relationship, from it’s intense beginning to its eventual collapse, based on Sachs’ own relationship with Bill Clegg, a literary agent. With emotional intensity turned up to 100, this movie is sure to make you feel all the feels.

Harel Skaat was the runner up in Israel’s first singing competition, ‘Kochav Nolad’ (A Star is Born). He is also devastatingly good-looking. Seriously. He is just so handsome. But just so you can focus on his great voice, here is his song, ‘Shivers’, which is bound to give you just that, without his distracting visage. Click here for some eye-candy, though.

Going through this list, I have a feeling there is a distinct lack of camp. So here’s a really fun, really over the top, really JEWISH French movie, called “Let My People Go”. It’s about a gay man who leaves Scandinavia after a failed love affair and moves back in with his Jewish family. Hilarity and a very French lack of political correctness ensue.

Let’s finish with a true diva!

Loca! Dana International is perfect. Ever since 1998, when she won the Eurovision with her glamorous song, ‘Diva’ (which, let’s face it, she is), she’s been participating in Pride events all over the world, and recording catchy tunes. My favorite song of hers is, HaKol ZeLeTova (everything is for the best). It’s the perfect heartbreak/rejection song, now you can’t see beyond the tears, says the song, but it’s all for the best, you’ll have a much greater love. And to that, we say ‘Amen!’

Did I miss anything? Let me know in the comments!