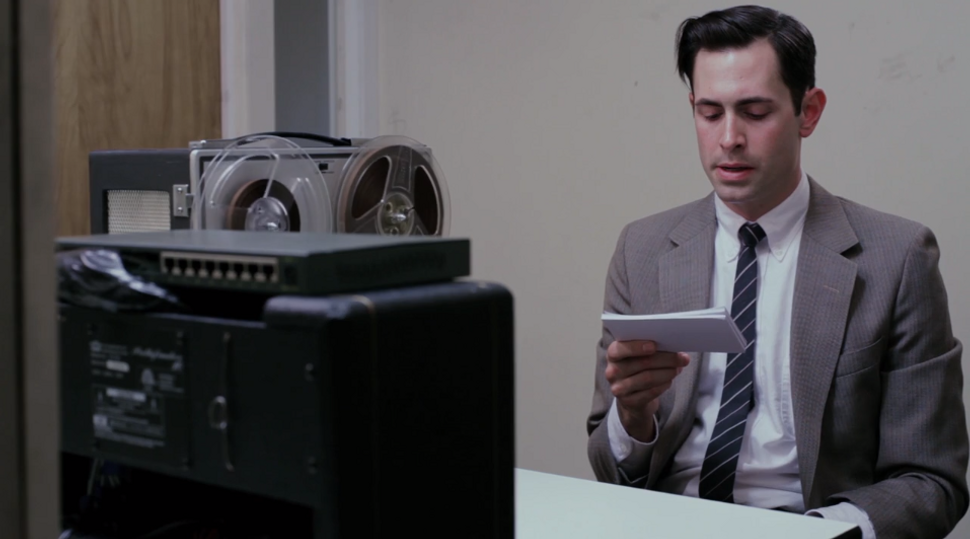 Jewish humor is safe, even in these modern times.

Writer/director Eli Shapiro, a young New Jerseyite living in the Big City, is upholding the tradition of somewhat cynical, yet utterly thoughtful social commentary in the name of comedy: his recent short film, “Ike Interviews God,” portrays a wholly average insurance clerk in conversation with an ambivalent god in an apocalyptic world.

The Forward chatted with Shapiro about “Ike Interviews God,” the role of Jewish humor, and future projects.>

Hilary Saunders: How’d you come up with the idea for Ike Interviews God?

Especially now, it’s nice to say, “Oh, back in biblical times, Moses would say this.” But I feel like now, we don’t think of modern times as very spiritual. I think that if there was a big spiritual event like this, it wouldn’t go down well. It would be a big media frenzy and everyone would have articles and round-the-clock coverage. They would cast Ryan Gosling in the movie immediately. It would be a mess! It would not be a personal, religious experience for someone like Ike who has actual questions that would not go answered.

I think this is the epitome of “Jewish humor.”

Yeah! A friend of mine came to the screening. He hadn’t seen it before and he came out afterwards like, “it’s so Jewish.”

Well, I was going ask if Jewish humor was a thing for you and how your faith influences your film, but…

Oh yeah. I’m practicing. I went to Jewish day school and went to a Conservative synagogue my whole life. It funny when you put something online, people speculate. People will email me and ask me if I’m an atheist and it’ll be posted on all the atheist blogs, which I think is really cool because it sparks debate. But people read into it whatever they believe…I think that’s what’s cool about it.

So what would you ask God?

I would probably ask the same things that Ike tried to ask about in his own way. You want to hope that there’s a reason for things and that God is good. And that’s the nightmare of the short: What if God is omnipotent and all-knowing, but doesn’t have a moral compass and is crass and bored and flawed the same way that humans are? That would be the worst thing!

Obviously, everyone asks, ‘Why do good things happen to bad people?’ But I think in a way, not to put a moral thing on this movie, the story element of it is just ‘Because that’s what happens.’ Because life’s shitty sometimes. People die and things happen. Good things happen, too. And so it’s on us no matter what to figure it out. 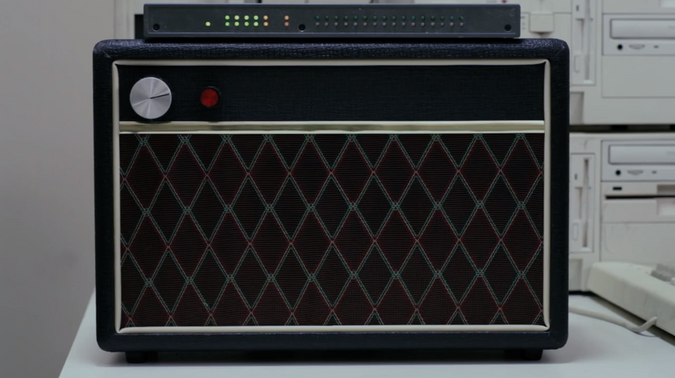 Why did you choose to make God a woman?

I love that! Because God isn’t a gender! I guess paternalistic society sees [God] as a man…But God doesn’t have a penis. It’s not like that! It could be any voice, so why not a woman representing it? And in a way, the backstory for me was that if God doesn’t have a form or a voice, supposedly, these government workers just have it on the default on their recording systems, like Siri voice.

That was my next question! Why does God sound like Siri?

This is a debate I was having with peers of mine and a professor of mine, too — how computerized versus how human the voice would be. What’s funny to me about the movie, and this is a testament to Ryan [Wesley Gilreath, who plays Ike] and how good he is because it’s just him in a room talking to himself. He’s having a conversation, but not talking to anybody. It’s just a bunch of pieces of machinery that I found on Craigslist!

I was going more towards robotic. I even had a computerized Mac voice…as a temp track. It was funny, but it wasn’t really hitting the laugh in a way. I realized talking to people that it did need some sort of a human element, even though it was going to be a smooth operator like an over-the-phone, customer service voice — that’s so unnervingly calm, yet saying horrible things. It had to be a person because you wanted to feel that back and forth.

What are your other projects right now?

I have a new short film that I also was making in school and now it’s finally done. It won a bunch of awards at NYU and now we’re starting to go send it around to festivals.

Having gone through the whole process with this one and being pleased with the reaction, I know what to do with the new one in a way. It’s a really different movie and I always try to challenge myself with these things…Whereas “Ike” is sort of intellectual cosmic humor, the new one is very much a character-driven relationship comedy. It’s a buddy-comedy called “That Friend You Hate.” The two dudes who play our guys are hilarious. There was a lot of impov on set.

Besides that, I’m writing. I’ve got a couple features in the works. I’m just trying to stay busy, produce other people’s things, and [juggle] projects at a lot of different stages.