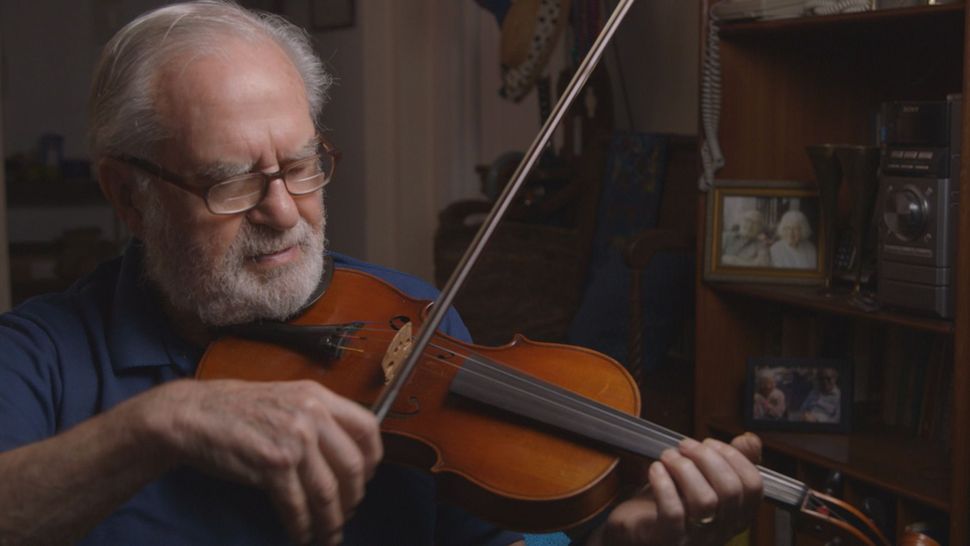 Joseph Feingold first laid eyes on the violin at a flea market outside of Frankfurt. The year was 1947, and the 23-year-old Holocaust survivor, who was living in a displaced persons camp, traded a carton of American cigarettes for the instrument. As the young man picked up the bow for the first time since his childhood lessons, he felt an immediate rush of normalcy.

For the next 70 years, Feingold played his violin weekly — practicing an array of classical music from Beethoven to Schubert. When the 92-year-old began to lose dexterity in his fingers, he quietly donated his beloved violin to an instrument drive organized by WQXR, a classical radio station in New York City. His was just one of the 2,000 instruments that were given away that day, with stories ranging from the tragic (“This clarinet was owned and played beautifully by my nephew, who died of cancer at the age of 18”) to cheerful resignation (“I tried to play, I’m no good. Someone else enjoy it”). All were repaired, packed up and shipped off to under-resourced schools throughout the city.

“When I heard that I could share it, that it could go to a school, it was the best thing that could have happened.” Feingold said in a phone interview. “I would have never just sold it.” For all intents and purposes, he thought his part of the story had come to an end. But news of the violin’s history quickly spread, making its way into a WQXR radio spot and onto the radar of Kahane Cooperman, documentarian and former longtime producer at “The Daily Show.”

“I was driving in my car when I heard the promo,” Cooperman recalled. “I was thinking: ‘What kid is this instrument going to?’ I wanted to know their story, too. Ten minutes later I was parking the car, and all the possibilities for stories had already played out.” The unusual journey of the hand-me-down fiddle — from a flea market in Germany to an inner city school — will be chronicled in Cooperman’s upcoming documentary, “Joe’s Violin,” currently in its last stages of production.

The filmmaker managed to track the violin down to the Bronx Global Learning Institute for Girls, a charter school in the nation’s poorest congressional district, and to 13-year-old Brianna Perez — the lucky recipient.

Brianna, a seventh-grader from the South Bronx, was hand-picked by her school to receive Feingold’s violin and, for Cooperman’s documentary, even met its former owner in person. “I get to have history in my hands.” she said. “To me, this is like an adventure — and I always wanted an adventure.”

The violin will stay with Brianna while she auditions for high school music programs, and then it will be passed down to another middle schooler at Bronx Global Learning Institute for Girls and to another after her.

Feingold, for his part, is pleased that a new generation is being exposed to the classics. “The music you hear today, to my ear, it doesn’t agree with me.” he said. “The fact that this young girl in the Bronx finds pleasure in playing classical music — it’s a miracle.”