Your Guide to This Year’s Jerusalem Film Festival 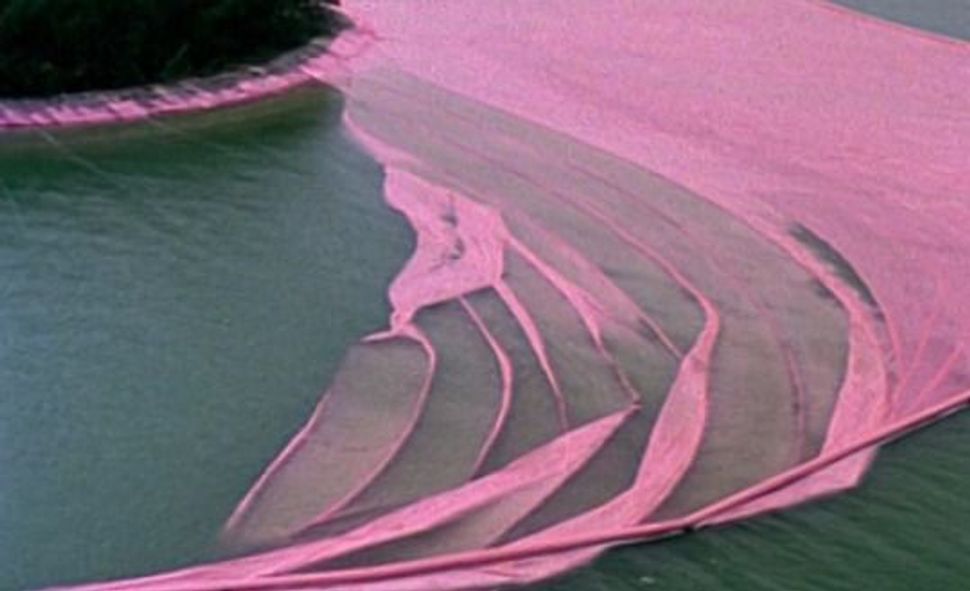 Founded in 1984, the Jerusalem Film Festival is a baby compared to its European counterparts Venice (1932), Cannes (1946), and Berlin (1951). Israel’s second-oldest film festival after Haifa (founded a year earlier) and the fourth oldest in the Middle East after Cairo (1976) and Damascus (1979), the JFF has become increasingly robust, exciting and ambitious over the past decade. This year’s installment, which kicks off tomorrow and runs until July 19 offers a tantalizing lineup of international cinema from the past 12 months alongside world premieres of Israeli films that will compete for the festival’s awards.
It all kicked off last night with an outdoor screening of Nanni Moretti’s “My Mother,” which won the Prize of the Ecumenical Jury at this year’s Cannes Film Festival. Several other hits from Cannes are featured on the line-up, including Asif Kapadia’s documentary “Amy,” about Amy Winehouse and new films from two of Asia’s top directors, Thailand’s Apichatpong Weerasethakul (the dreamlike “Cemeteries of Splendor”) and Taiwan’s Hou Hsiao-Hsien (the martial arts epic “The Assassin,” which won Best Director). Two modern French masters also are represented by Arnaud Desplechin’s autobiographical “My Golden Days” and Philippe Garrel’s relationship drama “In the Shadow of Women,” both of which screened at Cannes outside of the official program. My personal recommendation is “The Lobster,” a dystopic nightmare from the offbeat Greek director Yorgos Lanthimos. The English-language film, which stars Colin Farrell, Rachel Weisz and John C. Reilly, is set in a future where people must either find a mate or be turned into an animal as punishment. Although it meanders and runs a bit dry in its second half, “The Lobster,” which won the festival’s Jury Prize, is nevertheless a fascinatingly surreal allegory about sexuality and civilization in the tradition of Jean-Luc Godard’s “Weekend” and Louis Malle’s “Black Moon.”

Many more films come by way of the Berlin Film Festival, which in February enjoyed its strongest year in over a decade. Much of the crop reaped prizes – deservedly — in Berlin, including “Ixcanul Volcano,” a hypotonic Guatemalan film that won the Alfred Bauer Prize (which is named for the festival’s founder); the tense Chilean thriller “El Club” by Pablo Larrain about disgraced priests living out their “retirements” on a secluded beach. The film won the Jury Prize while another Chilean entry “The Pearl Button,” a meditative documentary that is indirectly about the Pinochet regime took home the screenplay award. The morbid and surreal “Under Electric Clouds” by Russian Aleksei Alekseivich German shared a Silver Bear for cinematography with Sebastian Schipper’s “Victoria,” an exhilarating heist film shot entirely in central Berlin in a single take. The most eagerly awaited film in Berlin (and possibly of the whole year), Terrence Malick’s “Knight of Cups,” was a cosmically pompous bore. Skip it in Jerusalem and head instead to Guy Maddin’s “The Forbidden Room,” an elaborate nesting-doll of a film that sucks the viewer into a maelstrom of unresolved narratives (shades of Bunuel’s “The Phantom of Liberty”) inspired by lost silent cinema.

While not as well represented as Cannes and Berlin, Venice is present with Roy Andersson’s “A Pigeon Sat On A Branch Reflecting on Existence,” a droll and melancholic tragi-comedy that carried the Golden Lion (it beat out “Birdman,” this year’s Best Picture Oscar winner). The other two installments in the Swedish director’s self-described “Living Trilogy,” “Songs from the Second Floor” and “You, the Living” will also be screened in Jerusalem.

Cinephile documentaries about Rainer Werner Fassbinder, Sidney Lumet, Orson Welles and Ingrid Bergman are included in the JFF’s non-fiction line-up, as well as an adaptation of Siegfried Krakauer’s seminal study of German expressionist cinema “From Caligari to Hitler” directed by the German film critic Rüdiger Suchsland.

Further German films are featured in a special program called “Munich in Jerusalem” in honor of the 50th anniversary of diplomatic relationships between Germany and Israel. Perhaps the most intriguing entry is “Trenker and Riefenstahl – A Fine Line Between Truth and Guilt,” which recently premiered at the Munich Film Festival. Viennese director Wolfgang Murnburger’s film examines the professional and amorous relationship of Luis Trenker and Leni Riefenstahl, two cinematic darlings of the Third Reich. Tobias Moretti, the actor who portrays Trenker, previously played Ferdinand Marian, the star of the infamous Nazi propaganda film “Jud Süss,” in Oskar Roehler’s “Jew Suss: Rise and Fall,” which was deservedly panned five years ago at the Berlin Film Festival.

Artists’ talks, professional panels and workshops have become mainstays at film festivals worldwide, and Jerusalem is hardly an exception. Among this year’s offerings is an International Conference on Israeli Documentary Cinema (July 14), a critics’ panel about the perception of Israeli film in the foreign press (July 12) and a program devoted to experimental cinema and gaming in the work of the American filmmaker and video artist Phil Solomon (July 15).

One of the most poignant features of this year’s festival is a tribute to the great documentary filmmaker Albert Maysles, who died in March at the age of 88. Starting in the 1960s the Maysles brothers, Albert and David (who died in 1987), revolutionized filmmaking with what became known as “direct cinema,” a documentary approach that called for letting the camera run and catch life as it happened. Among the five Maysles’ films being screened at the festival are “Gimme Shelter,” about the infamous 1969 Rolling Stones’ concert in Altamont and “Grey Gardens,” about two of Jackie Onassis’ eccentric relatives. In addition to such well-known works, the JFF is also screening “A Journey to Jerusalem,” about Leonard Bernstein’s 1967 trip to Israel to conduct Mahler’s “Resurrection Symphony” on Mount Scopus weeks after the Six-Day War, and Maysles’ last completed film “Iris,” about the flamboyant New York fashion icon Iris Apfel.

This year’s festival also honors two very different figures who were intimately connected with the Jerusalem Cinematheque – the JFF’s host institution – over many years: the institution’s founder Lia van Leer, who died in March and Aviva Meirom, who served as the house’s Events Manager and Coordinator for 25 years and who died of cancer in November. The JFF website describes Mierom as the “Cinematheque’s Heart and Soul.” The screenings of the restored print of Powell and Pressburger’s operatic fantasia “The Tales of Hoffmann” are dedicated to her memory. The van Leer tribute on Monday evening will be attended by many film luminaries, including Israel’s best-known auteur Amos Gitai and Dieter Kosslick, the director of the Berlin Film Festival.

A.J. Goldmann is a freelance writer and critic based in Berlin.

Your Guide to This Year’s Jerusalem Film Festival