Theo Bikel Sang ‘Hava Nagila’ During a Hijacking, And Other Stories From Sue Mengers’ Epic Life 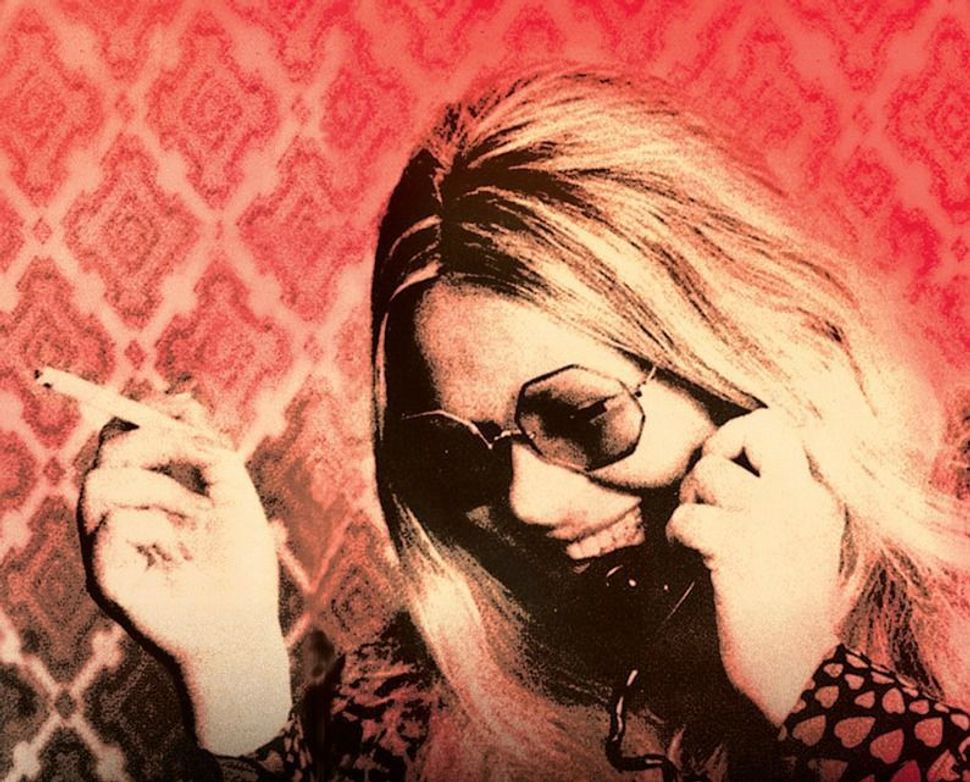 Image by Courtesy of Penguin

Did you cry during “Love Story”? Sing along to “Funny Girl”? Swoon over “The Way We Were”?

For that, and a lot more, you can thank Sue Mengers.

Before this badass lady came along, talent agents were basically baby-sitters to the stars: you tried to keep them in line, and if that failed, you prayed to the damage control gods. Mengers, one of the first women to break into that scene, had a different approach: she hustled.

The first “superagent” who, for years, ruled Hollywood with chutzpah and sex, was born in Hamburg, Germany. In 1938, Mengers fled the Nazis with her parents, eventually settling down in upstate New York. After a tumultuous childhood, she launched her career as a secretary for the Music Corporation of America, which represented stars like Marlon Brando, Jack Benny and Montgomery Clift. (Legend has it that she stole a Rolodex before leaving for another talent agency, which she used to move up in the ranks). From MCA, she moved on to the Williams Morris Agency, and then to Korman Associates in 1963. By the late ’60s, Mengers had relocated to Los Angeles, and worked as an agent for Creative Management Associates (CMA), later known as ICM.

Her client list, which at its height included Barbra Streisand, Michael Caine, Cher, Ryan O’Neal, and Robert Redford — to name but a few — has guaranteed her a place in entertainment history. Elizabeth Taylor is said to have based her character in 2001’s “These Old Broads” on Mengers. In 2013, two years after Sue’s death, Bette Midler paid tribute to the agent in a one-woman Broadway show called “I’ll Eat You Last: A Chat With Sue Mengers.” 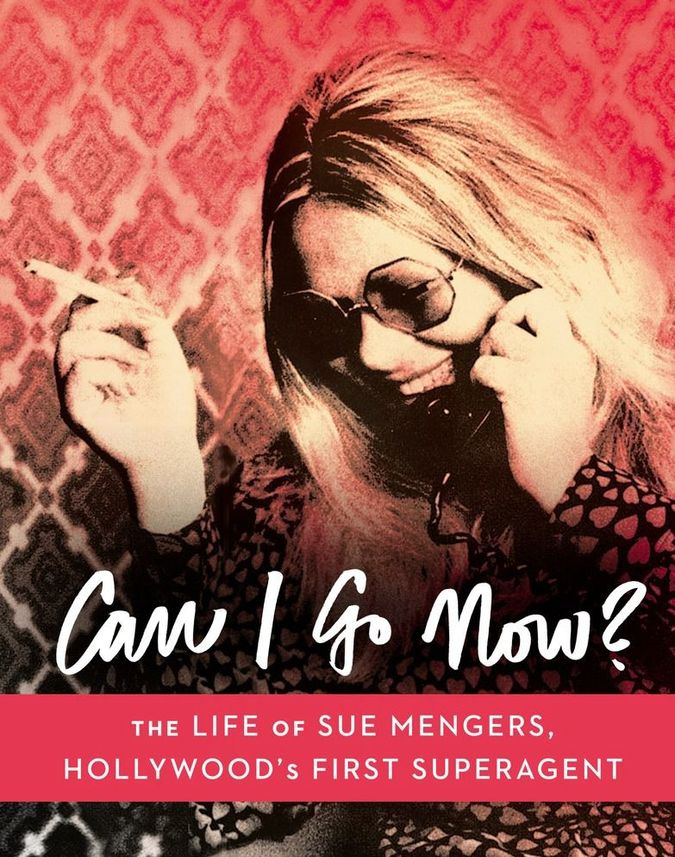 In “Can I Go Now? The Life of Sue Mengers, Hollywood’s First Superagent,” Brian Kellow gives the spotlight to the larger-than-life personality who often took up as many gossip column inches as some of her clients. Woven throughout the colorful star-struck anecdotes and countless boozy meetings, is a consistent, if exuberant, personality: Mengers was loud, raunchy and brutally honest. And she was unabashedly Jewish.

So, sit back, mix yourself a drink, and get acquainted. Below are some of Sue Mengers’ best Jewish moments from the new biography:

2) Her family emigrated from Germany in 1938 and settled in Utica, New York, which by then was home to a number of Jewish refugees fleeing the Nazis.

4) Upon being introduced to a self-described “alpinist,” she quipped: “ You know what? Jews own banks. We don’t climb.”

6) The death of her father, Georg Mengers, who was found dead of barbiturate poisoning in 1946, had an enormous effect on Sue. She would eventually find a kindred spirit in Barbra Streisand, who also lost her father at a young age.

7) While starting her career as a secretary at the William Morris Agency, Sue lived in a rooming house for old Jewish ladies on West 72nd Street. She would lie to her dates, telling them to pick her up at Hampshire House on Central Park West.

8) Using the excuse that her client, Kay Medford, had been cast as Fanny Brice’s mother in the 1964 Broadway production of “Funny Girl,” Sue would visit Barbra Streisand backstage, hoping to sign her. Eventually, when Kay Medford asked for Sue, she was told: “Kay? Kay, who?” 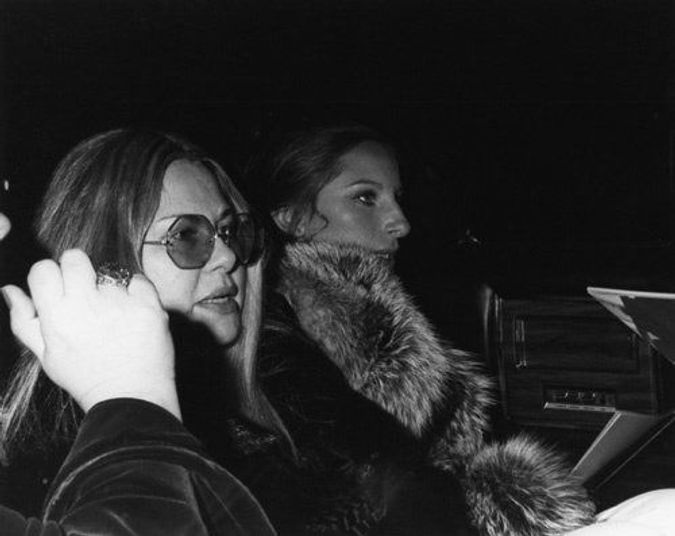 9) As Streisand’s career took off with the 1968 film version of “Funny Girl,” Sue hustled to find some kind of acting job for husband Elliot Gould, so he wouldn’t feel left out.

10) While on a date with Sue in 1968, Neil Simon chatted up model Joanna Shimkus (who would later marry Sidney Poitier), inviting her along to a nightclub. Sue would forever refer to the incident with the words: “I could have been Mrs. Neil Simon if it wasn’t for that b—ch!” (They later became great friends.)

11) Sue had no qualms about sleeping with clients, friends and other people’s husbands. She claimed to have had a one-night-stand with Paul Newman, telling her friends: “It wasn’t intercourse, just a b- - - j- -  — but it still counted, because it was Paul Newman.”

12) If you were invited to a Sue Mengers dinner party, chances are you were served beef brisket.

13) Sue represented both Ryan O’Neal and Ali McGraw when they were cast in 1970’s “Love Story.”

15) Describing Sue in an interview, Tatum O’Neal — a client, just like her father — once said: “Sue didn’t have any maternal instincts, but she could be just like a Jewish aunt to me. She wouldn’t give advice — she would just scold me.”

16) When Sue married Belgian writer-director Jean-Claude Tramont in 1973, Streisand was her maid of honor.

17) In 1979, a passenger attempted to hijack Sue’s plane from Los Angeles to New York. His demand: for Charlton Heston to read a message on live TV. Far from afraid, Sue was upset — after all, she told everyone, she could have gotten him Barbra Streisand.

18) The worst part of the hijacking? Theo Bikel, who kept trying to lead everyone in a rousing rendition of “Hava Nagila.”

19) “There is nothing worse than Theodore Bikel,” she told Vanity Fair. “Nothing. And so I was thinking, I’m gonna die listening to Theodore Bikel and he wouldn’t f—in’ sit down and shut up.”

20) Another frequent subject of Sue’s rants was her mother, Ruth Mengers, whom she found overly critical and distant.

21) Sue tried to talk Streisand out of “Yentl.” Per Kellow: “She could not conceive that there would be an audience for Streisand playing a twenty-eight-year-old woman, a spinster starving for knowledge and education, who disguises herself as a boy and winds up falling in love with a fellow student of Talmudic law. And she would be singing the whole time.” 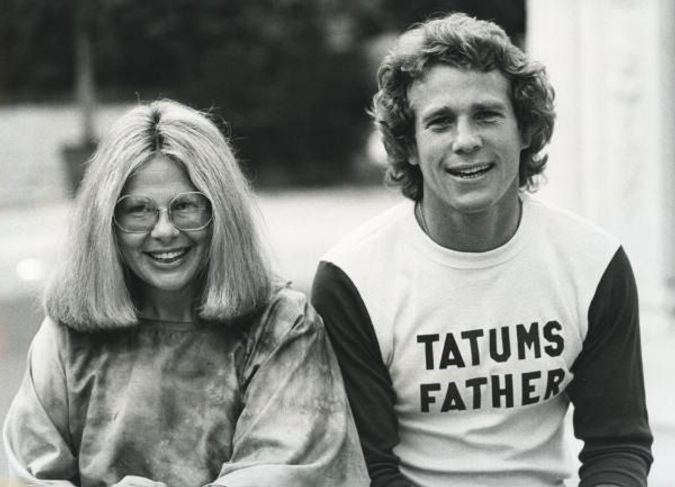 22) Eventually, Sue convinced Streisand to star in “All Night Long,” starring Gene Hackman and directed by Jean-Claude Tramont. The film flopped and Streisand dropped Sue as her agent. “We just don’t have the same taste in material, and I think that I should have a different agent,” she told her. “We’ll still be close friends.” To which Sue replied: “I won’t be your friend if I’m not your agent.”

23) It was a devastating blow for Sue. Per Kellow: “No client had occupied a more important place in her life than Barbra Streisand had. They will all leave me, Sue said over and over. All except Barbra. Because Barbra and I are like sisters.”

25) In 1986, Sue traveled to Israel with art collector Max Palevsky and his wife, Jodie Evans. During a private audience with then-Prime Minister Shimon Peres, Sue regaled him with salacious gossip about Hollywood. “He wasn’t interested in anyone else’s earnest little questions,” Fran Lebowitz, who was also present, remembered. “Sue was saying, ‘Did you know that so-and-so is f—king so-and-so?’ He was riveted. He was completely charmed and completely fascinated by her.”

26) During a screening of “Mystic Pizza,” Sue pointed at a then-unknown Julia Roberts on screen and said: “Oh, my God! This girl is a star!”

27) During a trip to Germany, Sue met with “Triumph of the Will” filmmaker Leni Riefenstahl, whom she found “fascinating.” When Fran Lebowitz confronted her about it, she answered: “Do you mean to tell me that you wouldn’t have gone to tea with Leni Riefenstahl?”

29) Producer and friend John Heyman once described Sue’s Jewishness as “ a Jewishness of convenience,” adding: “She was Jewish when she was with Jews and she wasn’t when she was with anti-Semites. The persona was crystal clear. It doesn’t matter how things are. They have to look right. That is the key to Sue.”

Theo Bikel Sang ‘Hava Nagila’ During a Hijacking, And Other Stories From Sue Mengers’ Epic Life