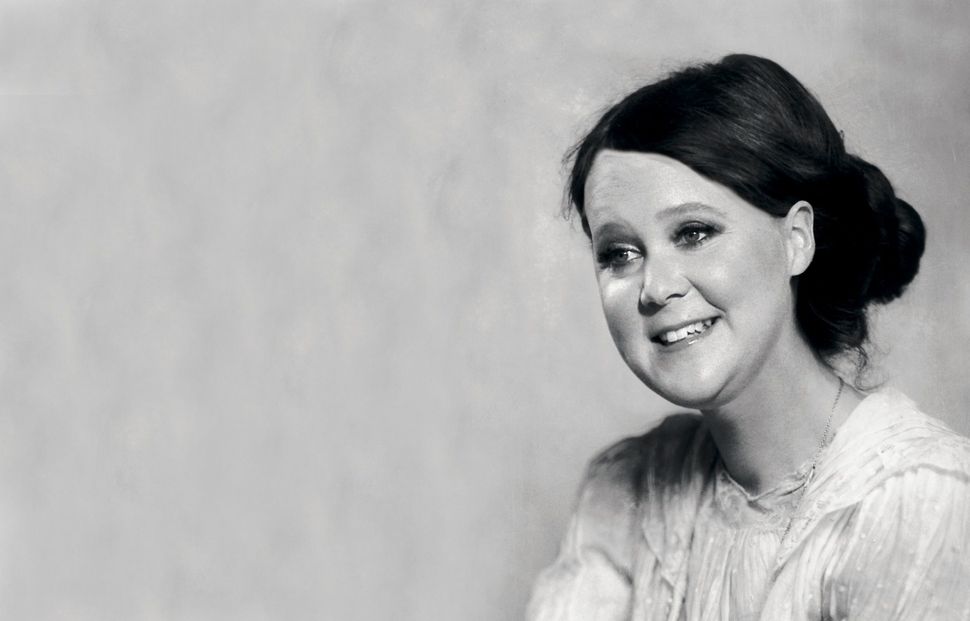 Last week, the news came over the transom, hitting writers’ heads like a 3,000-pound sack of envy: Comedian Amy Schumer will be receiving $9 million for a volume of her memoirs. Even more disturbing was the fact that she’d already returned $1 million, an amount that 10 writers combined won’t earn in two lifetimes, to a different publisher, saying she didn’t have time to meet with her ghostwriter.

The scorn heaped on Schumer is a bit unwarranted, especially because her new publisher has hired me, America’s best-qualified comedy ghost-writing professional, to help complete her new volume. I believe Schumer has the potential to be hailed as one of the great memoir writers of her time, or any time, combining the insight of a Knausgaard, the wit of a Voltaire and the contemporary you-go-comedy girliness of a Poehler, Kaling or Fey. Even thinking about Schumer’s thoughts advances the cause of memoir.

What follows are short excerpts from Schumer’s memoir-in-progress. At the moment, it’s mere fragments, wisps of memory — madeleines, as it were. I haven’t yet had time to sit down with Schumer; she’s very busy appearing on late-night talk shows, awards shows and shows about other shows, doing the important work that needs to be done to expose Hollywood for all its sexist lying.

So what you’re seeing here for the first time has been gleaned from emails, voice mails and weird, hard-to-transcribe Snapchats and YouTube videos of Schumer, one of the most important Jewish voices to come along in weeks. Her work bears an odd resemblance to the memoirs of Virginia Woolf, yes, but it also contains seriously zingy punch lines that speak volumes about what it’s like to be a funny woman in a post-feminist sexual age. Amy Schumer and I welcome you to a new era of personal literature.

“As a child, then, my days, just as they do now, contained a large proportion of this cotton wool, this nonbeing. The kids didn’t call me Amy Schumer; they called me Amy Jewmer. Week after week passed at St. Ives and nothing made any dint upon me. One summer, I’ll never forget this, all the kids took turns throwing handfuls of pennies at me. I know, I was like, ‘Excuse me — this is awesome!’”

“When, however, one reads of a witch being ducked, of a woman possessed by devils, of a wise woman selling herbs, or even of a very remarkable man who had a mother, it reminds me of the time I made out with a homeless guy by accident. I had no idea — he was really tan, he had no shoes on. Then I thought, we are on the track of a lost novelist, a suppressed poet, of some mute and inglorious Jane Austen, some Emily Bronte who dashed her brains out on the moor or mopped and mowed about the highways crazed with the torture that her gift had put her through. Indeed, I would venture to guess that Anon, who wrote so many poems without signing them, was often a woman. I just thought it was, like, his thang, you know? I was like, ‘He’s probably in a band.”

“Perhaps this is the strongest pleasure known to me. It is the rapture I get when in writing I seem to be discovering what belongs to what; making a scene come out right; making a character come together. You have to pretend like you want to use a condom. From this I reach what I might call a philosophy; at any rate it is a constant idea of mine; that behind the cotton wool is hidden a pattern; that we — I mean all human beings — are connected with this; that the whole world is a work of art; that we are part of the work of art. I like to say something fun when I bring it up, but honest. I’ll be like, ‘You’re going to want to wear this. I’ve had a busy month.’”

“Lock up your libraries if you like; but there is no gate, no lock, no bolt that you can set upon the freedom of my mind. I donated blood today. That’s what I call getting an AIDS test.”

This is just a sample of what’s to come from the memoir work of Schumer. I’m trying to decide what to call the book. Maybe “A Room of One’s Own To Have Sex In.” That seems like the best title. I just have to run it by her. And her publicist, and lawyer, and lawyer’s publicist, and publicist’s lawyer, and agent, and booking agent, and speaking agent, and Judd Apatow. Then she’ll actually meet with me to fulfill her true artistic destiny. Expect to see the memoir on the shelves by 2021, unless Schumer decides to return her $9 million. Whatever. It’s just money.

Neal Pollack is the author of “Repeat” and the forthcoming “Keep Mars Weird.”