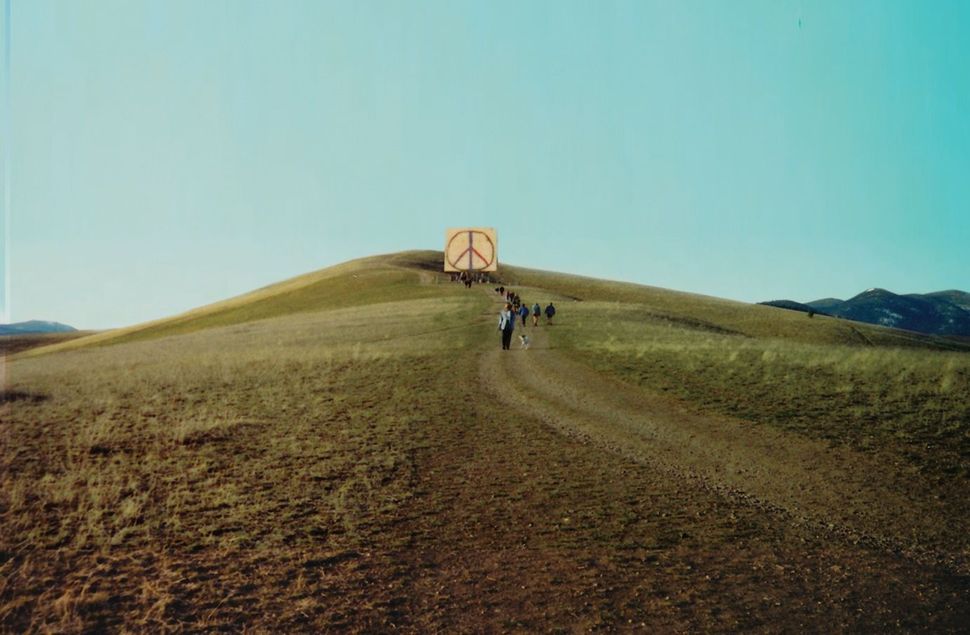 It’s 10 a.m. on a Friday morning, and Jan Selby finally slows down for breakfast. The 56-year-old, Minnesota-based filmmaker stops into the Starbucks across the street from her St. Paul office for an egg sandwich and coffee. “I’ve taken on a little much,” she says. “Between running a company and being involved in three major feature films. Whose idea was that?!”

The principal of Quiet Island Films, which makes corporate videos for profit and feature films for passion, Selby says that her work is frequently on her mind. “The thing is, I love what I do, so it doesn’t feel like I’m thinking about work.” She flashes a pixieish grin. “I’m embarrassed about how much I love the work I’m doing. I’m so happy.”

Since deciding to leave a 25-year career in corporate marketing eight years ago to pursue a deep, inner longing, Selby has become an award-winning independent documentary filmmaker. Her films inspire audiences. So, too, does her journey, for those who know it.

As an undergraduate at Tufts University, Selby wanted to become a documentary filmmaker. “But I had no concept of what that was or how to get there — so I became a philosophy major.”

After graduation, she worked in marketing for Apple in California and later formed her own consulting company, specializing in medical-device launches. The work tapped her creative talents but didn’t fully satisfy her.

Approaching 50, she felt that desire for meaningful work intensifying. “From the outside, anyone would have judged me as successful,” Selby says between bites of her sandwich. “But the calling to become a documentary filmmaker was the most powerful and illogical feeling I’d ever had.”

Then in 2006, her Uncle Robert, to whom she’d been close, died in a plane crash. He was 66 years old, recently retired from his practice as an oral surgeon and ready to tackle his bucket list.

His death drove home the sense of Selby’s own mortality and gave what life she had left a new sense of urgency. “I always knew I would die some day, but I assumed I’d live to 90, so I would have time to do all of those things I wanted to do, but my uncle never had the chance,” she says. “I didn’t want to die having just worked in corporate marketing, even though medical devices help people in a significant way.”

In March 2007, Selby met documentary filmmaker Melody Gilbert at an independent film conference. By fall, they had formed a company and started work on “Fritz: The Walter Mondale Story,” a documentary about the Minnesota politician, with Gilbert directing and Selby as managing producer.

When Gilbert headed to Bulgaria to teach filmmaking, Selby produced and directed her first solo film, “A Circle and Three Lines,” a 10-minute short about the history of the peace sign. It debuted in 2009 at the Minnesota Historical Society film festival, where she won the Emerging Filmmaker Award. “I started letting myself believe I could be a filmmaker,” she says.

Selby entered “A Circle and Three Lines” in film festivals around the world, and it won several more awards, including a regional Emmy. At the Big Sky festival in Missoula, Montana, Selby heard the story of a peace sign painted on a large panel in the hills above the town that had become a local legend. That proved the inspiration for her first full-length feature documentary.

Her original concept was to tell the story of the peace sign from the perspectives of the peace advocates behind it, the veterans who felt offended by it and the phone company, which owned the large reflector panel that served as the sign’s canvas (though the company frequently whitewashed the panel, covering the symbol). “I thought I could create an engaging human interest story that would promote conversation about the value of listening to people who don’t think the way you do,” she says.

Selby thought she was done with the film when she received a phone call from Vietnam veteran Dan Gallagher, one of the main characters in the film. He told her he was thinking about asking Betsy Mulligan-Dague, director of the local peace center and another character in the film, to join him in the studio of the local public radio station for a conversation about peace. “Great idea,” Selby told him. “But don’t do it until I can be there with a camera.”

She spent another year following the story as it evolved into the tender, compassionate relationship that developed between adversaries. “It made the story a million times more powerful and able to make a difference in people’s lives in ways my original concept wouldn’t have,” she says.

“Beyond the Divide,” which has been screened on numerous PBS stations, offers a powerful story about compassionate listening in a time of polarized opinion.

Though she’s not overtly religious — Selby was raised in a conservative congregation in Indianapolis and is now a member of a reform synagogue in Minneapolis — the filmmaker feels driven by the concept of tikkun olam, healing the world. “I choose to make films that will make the world a better place for people,” she says. “Knowing I can make a difference with a film carries me through the challenges.”

The current challenge is the workload at Quiet Island Films, which Selby started in 2010. With five employees and two interns, she’s juggling the video projects for corporate and nonprofit clients that pay the bills with work on three films. In addition to ongoing promotion for “Beyond the Divide,” Selby is the producer and director of a film about Montessori education and is the executive producer of a documentary about politician and poet Senator Eugene McCarthy.

“There are ups and downs, but mostly a deep satisfaction knowing I’m doing what I’m supposed to be doing,” she says. “I could die anytime and feel like I did my best to be myself.”

John Rosengren is the author of “Hank Greenberg: The Hero of Heroes.”