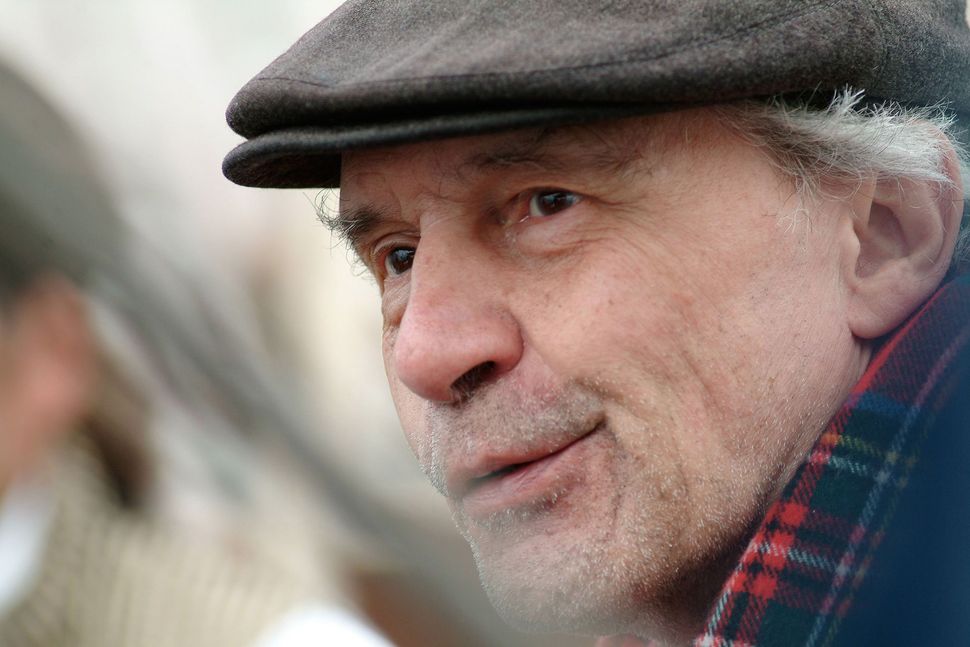 With the death last week of Jacques Rivette, a certain idea of French cinema took one step closer to death. Along with François Truffaut, Jean-Luc Godard and Alain Resnais, Rivette was one of the enfants terribles of the so-called Nouvelle Vague, or New Wave. Rebelling against the reign of studios and what they scorned as “the tradition of quality,” Rivette and his fellow revolutionaries announced the arrival of the auteur: a director who, casting aside conventional social values and cinematic techniques, molds his films the way a novelist shapes his books.

Part of Rivette’s influential legacy is a long trail of very long films — one of which is half as long as the Le Mans twenty-four hour car race — that disdained the norms of editing and plotting. Perhaps best known to American audiences is “La Belle Noiseuse,” the study of the relationship between a painter and his model. The film clocks in at relatively modest four hours.

As an auteur, Rivette often went on too long. But as the author of movie reviews, Rivette went on just long enough. Published in the iconoclastic film magazine Cahiers du cinéma, Rivette’s critiques were deft, decisive and often devastating. All of these traits shimmer in “On The Abject,” a review he published in 1961. In fact, these qualities shimmered so brightly that they have since defined the great debate on how and whether filmmakers should show the Shoah.

The occasion for Rivette’s review was the release of Gillo Pontecorvo’s film “Kapò.” Set in a concentration camp, the film traces the life and death of an inmate, played by Susan Strasberg, who succeeds in hiding her Jewish identity and climbs the hellish ladder of the camp hierarchy. Though she eventually becomes a kapò — the prisoners that the Nazis placed in charge of barracks — she sacrifices her life in a mass escape from the camp. As she lay dying, she returns to her Jewish faith by murmuring the Shema Yisrael.

Though “Kapò” was nominated for Best Foreign Film in the 1961 Academy Awards, it never achieved the same popular or critical success of Pontecorvo’s subsequent film, the harrowing “Battle of Algiers.” No doubt Rivette played a role in the film’s fate. Ignoring the near entirety of the film in his review, he instead zeroes in on a single tracking shot that lasts no more than thirty seconds. A prisoner, portrayed by Emmanuelle Riva, commits suicide by running toward and throwing herself against the camp’s electrified barbed wire fence. To close the scene, Pontecorvo shifts the camera to one of Riva’s hands, hanging limply against the barbed wire.

Rivette saw red when he saw this scene. It was not a simple detail, but instead a symbol of the film’s overarching aesthetic. Seizing upon this scene, the Frenchman was merciless: “The man who decides at this moment to use a tracking shot, then frames the corpse with a low-angle shot, all the while carefully centering the raised hand at that particular angle, is a man who has earned my deepest contempt.” For Rivette, Riva’s hand was not hanging limply; it was hanging artfully.

While Rivette’s response to the scene was excessive, it was not gratuitous. As he declared, Pontecorvo did not grasp that the Shoah was beyond the grasp of traditional narratives or techniques. A “realistic rendering” of the death camps was oxymoronic, and any attempt to do so morally moronic. “Every effort at reenactment or grotesque make-up, every traditional approach to ‘spectacle’ amounts to voyeurism and pornography.” Doomed to make his film tasteless, the director does something even worse: he makes the death camps “physically tolerable for the viewer who cannot help but conclude, perhaps unconsciously, that while it was a bother—don’t forget those barbaric Germans, after all! — it was not intolerable.”

Ultimately, what Rivette found intolerable was Pontecorvo’s lack of moral imagination. “There are things,” Rivette insists, “that should not be addressed except in the throes of fear and trembling; death is of course one of these. At the moment of filming something so mysterious, could one not feel like a charlatan?” This is why the limp hand provoked Rivette’s outrage: just as the filmmaker necessarily “judges that which he shows, he is also judged by the way in which he shows it.”

By way of contrast, Rivette pointed to “Night and Fog,” Alain Resnais’ very different account of the Holocaust. Released six years earlier, the film combines documentary footage and contemporary images of the death camps. Rather than posing a lifeless hand against barbed wire, the film instead poses, both through its images and its voice-over, questions that are impossible to answer, but impossible to avoid. The camera’s “restless movement reflects a clear consciousness unable to accept, understand or admit this phenomenon.”

“Tracking shots,” Rivette declared, “are a moral affair.” Though the phrase was coined by his fellow auteur Jean-Luc Godard, Rivette made it his own, one that long set the terms of debate over every subsequent effort to portray the Holocaust through film. The same controversy that crackled over “Kapò” again erupted over Steven Spielberg’s “Schindler’s List.” The blockbuster galvanized audiences and critics, though for different reasons. Appalled, Claude Lanzmann confessed—with his characteristic blend of immodesty and acuity — that he had believed “there was a time before Shoah, and a time after Shoah, and that after Shoah certain things could no longer be done. Spielberg did them anyway.”

For Lanzmann, Spielberg’s account of the Holocaust was “kitschy melodrama.” And it may well be that kitsch has since carried the day. The debate begun by Rivette, and pursued over “Schindler’s List” or Roberto Benigni’s “Life is Beautiful” in the 1990s, or “Son of Saul” in our own day has itself become an historical artifact. Riva’s limp hand, the little girl’s red coat in “Schindler’s List” or Benigni’s eternally optimistic father have won the debate. We live in an age where shock and moral outrage last no longer than a news cycle, where we drink our morning coffee while gazing at the corpse of a child washed up on a Turkish beach or nurse a beer while following the “breaking news” of the carnage in Paris, San Bernadino or Beirut. Our media have turned the unspeakable into spectacle, the shocking into schlock, while we have turned ourselves into their willing audience and the very notion of tracking shots having moral consequences has become too quaint for words or images.