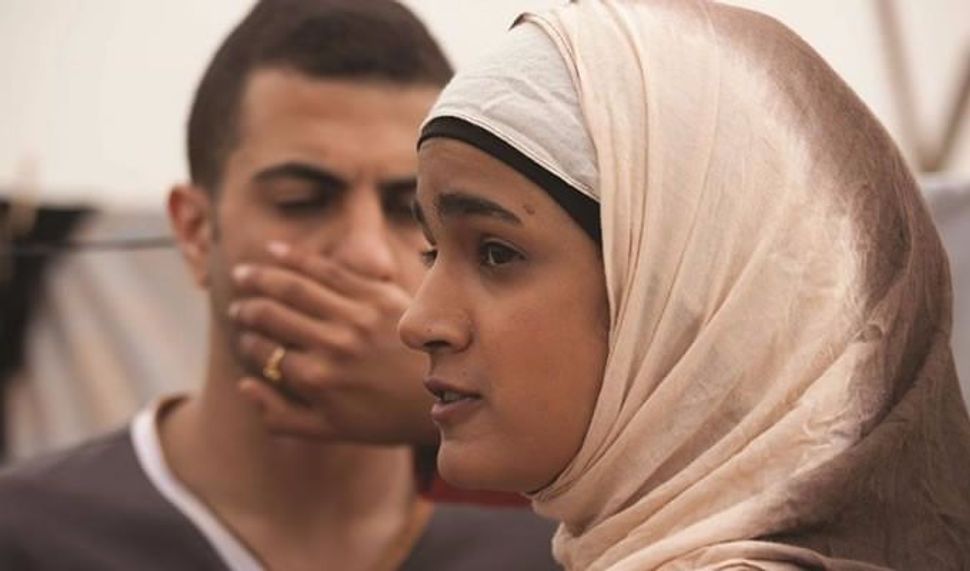 Despite the record-breaking admissions (over 330,000 tickets sold) for nearly 400 films from 76 different countries, the Berlin Film Festival, which ended Sunday, celebrated its dullest year in a decade. As expected, the Golden Bear went to the timely documentary “Fuocoammare” (“Fire at Sea”) by Gianfranco Rosi. Italy’s second win in four years, “Fuocoammare” would have been an excellent choice in any festival line-up; this year, however, it had very little in the way of competition. Thomas Vinterberg’s laughably bad “The Commune” played out like an extended episode of “Friends” guest directed by Carl Theodore Dreyer; a more appropriate title for Tomasz Wasilewski’s “United States of Love” (which inexplicably won for best screenplay), about misery in a Polish village shortly after the fall of the Berlin wall, would have been “United States of Despair.” Time was when festival juries withheld prizes in years when no films of merit emerged. Pity that this year’s jury, headed by Meryl Streep, didn’t show courage for such radical action.

With precious few exceptions, one needed to look past the main competition slate to find films that seemed worthy of inclusion in one of the world’s most valuable showcases for international cinema. The very first film I saw at the festival, “In the Last Days of Our City” by Egypt’s Tamer El Said, was one of the finest. Set in downtown Cairo in the waning days of 2009, it follows an independent filmmaker who roams the city looking for a new apartment and material for his new film. The political unrest and simmering protests that will erupt into the Arab Spring form the background to his listless, aimless quests. His conversations with his (often jaded) intellectual friends, his dying mother and his ex-girlfriend give the film a fullness and depth that was lacking from many films that dealt with topical issues.

The Berlinale deserves its reputation as a politically engaged festival: Along with the Golden Bear winner, “In the Last Days of Our City” (which screened in Forum) was an example of how to get it right: observe, analyze and trust the viewer to draw his own conclusions. Among the missteps on this year’s line-up was Rachid Bouchareb’s turgid and preachy “Road to Istanbul,” about a Belgian mother whose fragile teenage daughter is seduced by ISIS. Bouchared’s previous film, the neo-noir “Two Men In Town” was one of the low points of the Berlinale in 2014, which presumably had something to do with why his new film screened in Panorama, the festival’s second section. Panorama was also home this year to two Israeli features about Arabs living on the periphery of society, Udi Aloni’s “Junction 48” (winner of this year’s Panorama Audience Award) and Elite Zexer’s “Sand Storm.”

Aloni, a controversial and prolific filmmaker who’s a frequent guest to the Berlinale, sets his film in Lod, the depressed suburb of Tel Aviv (it’s actually closer to Ben Gurion airport, which begins on the city’s outskirts) that’s home to both poor Arabs and Jews. Kareem (Tamer Nafar, in real life the front man of the Palestinian rap band DAM) is jolted out of his no-go life by a series of personal cataclysms: a police raid on his drug dealing friends; a car crash that kills his father; the impending demolition of his friend’s home. Together with his girlfriend Manar, Kareem decides to sing out against the pervasive violence around them, both within their community and at the hands of Israelis.

Aloni met Nafar while making “Local Angel — Theological Political Fragments,” the director’s polemic for a one-state solution that screened here in 2002. Nafar’s reflections and experiences provided the raw materials for Oren Moverman’s sturdy yet formulaic screenplay. I could have lived without the film’s more incendiary touches, such as a performance at an Israeli hip-hop club turns violent when a racist Jewish rap group starts harassing Manar, or the stash of drugs buried under the bulldozed house that results in the death of Kareem’s friend.

Introducing the film, Aloni said that, unlike his other films, this one spoke for itself. Indeed, no one could with justice accuse “Junction 48” of either obtuseness or ambiguity. It tries hard, and mostly succeeds, to entertain while putting forth its noble message of art triumphing over political and social violence. He told the audience that he asked the projectionist to turn up the volume so we could enjoy Nafar’s high-flying music and lyrics and promised to return after screening “to answer questions, debate and sing together.”

After 100-minutes of beats, I was relieved the Q&A featured no extra musical component. He won easy applause by calling art the most powerful tool in creating a “language of hope and togetherness against Bibi’s hatemongering.” Aloni said he was skeptical of how people talk today about coexistence between Jews and Arabs and called it a “language of normalization that masks over the reality of the occupation.” In its place, it seems, he has made this entertaining, decidedly mainstream film that strives to present the viewpoint of a young Palestinian generation to Israeli audiences. To that end, he applauded himself and his team for offering an alternative to the false rhetoric he decried moments ago: “In this film, a huge group – by which I mean about forty – of Israeli Jews came together to try and be understanding.” There’s little arguing with Aloni’s intentions. But then again, intentions alone can’t make a film great. However, the film’s easy-to-embrace message and its thumping music should ensure it wide exposure both in Israel and on the art-house circuit.

Elite Zexer’s directorial debut “Sand Storm,” a domestic drama that takes place during a wedding in a Bedouin village, is far and away the stronger film. Zexer is an alumna of the Berlinale Talent Campus and her film was inspired by her mother, a photographer who has documented Bedouins in the desert of southern Israel. “Sand Storm” is a focused, severe and thoroughly unsentimental look into the constrained lives of Bedouin women. Bedouins are largely invisible to Israeli society and an ignorant viewer might be forgiven for not realizing the film takes place in Israel. Indeed, one of the only indications of the outside world is the occasional car with Israeli license plates passing through the one road in the Bedouin village.

The film follows two women trapped within their societal roles and at the mercy of a paterfamilias. The first is Jalila, whose husband Sulimann has just taken a younger wife and left her alone with their two daughters. When Sulimann returns from his honeymoon in Jordan, Jalila complains about his treatment of her and gets herself banished from his house. Their oldest daughter, Layla, has fallen in love with a boy from another tribe and, against her mother’s advice, begs her father to give his consent, with tragic consequences. Zexer observes these quiet struggles and the patriarchal emotional violence with a sympathetic yet cool eye and the resulting film is full of subtlety and beauty. It is a film that at once acknowledges and respects the strength of tradition while daring to hope for change in the future.

During the lively Q&A after the screening, Zexer, who spent ten years making the film, said she was surprised by the reaction of the Bedouins she’d shown the film to. “They couldn’t stop laughing. They said it was the best comedy they’d ever seen,” she said. I can imagine it was the nervous laughter of people unaccustomed to seeing themselves portrayed on screen. A woman in the audience who had also seen “Junction 48” at the festival, asked why Israeli filmmakers have only just now started making films about Arabs.

Possibly thinking of films like Eran Riklis’s “The Syrian Bride” (2004), Eran Kolirin’s “The Band’s Visit” (2007), and Amos Gitai’s one-take “Ana Arabia” (2014), Zexer disputed the question: “Israel has been making films about others in their midst for many years.”

A.J. Goldmann is a freelance journalist living based in Berlin.