After All These Years, Are These Movies Still Funny? 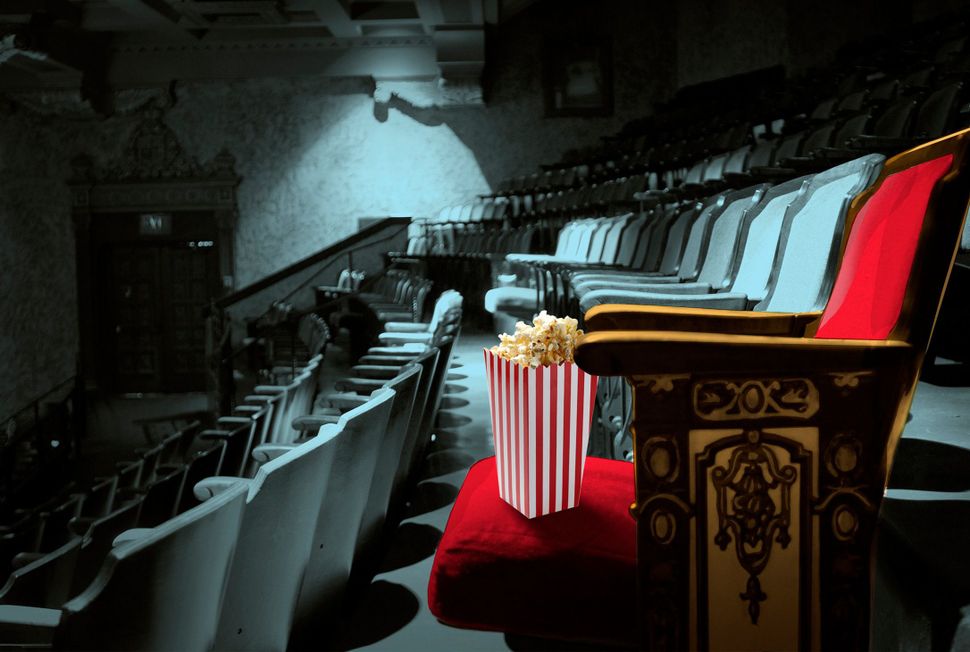 The first time I remember being overwhelmed with laughter in a movie theater was when Peter Sellers, as Inspector Jacques Clouseau in “The Return of the Pink Panther,” went airborne with a slow-motion karate kick that sailed over the head of sidekick Cato (Burt Kwouk), through a door and into the mayhem of crashing shelves and dishware. The close-up of Sellers’s panicked face, coupled with the slowed-down audio effects, really got me, but so did something else: That dark, crowded auditorium with pre-subdivided theaters was erupting. Everyone — grownups, kids, women, men — was howling. This was a shared experience of joy, and being right in the middle of it was something new and thrilling. My memory of this movie is inextricably linked to those feelings and circumstances.

Years later, I showed “The Return of the Pink Panther” to my daughters. We sat on couches, I ordered it on demand and we watched. They thought it was, well, pretty funny. I did too, even as I struggled to reconnect with those earlier “This is the most hilarious movie ever” feelings. We all chuckled. Nobody’s life was transformed.

What accounts for the gulf in our experiences of this movie? Is it that the pace of current popular entertainment is so frenetic that a 1975 comedy is destined to give off a relatively sleepy vibe? Is it that “The Return of the Pink Panther,” not commonly considered the best of that series, was never as funny as my 11-year-old self thought it was? Or is it that lounging on sofas is no way to watch a comedy?

I’ve long been fascinated by the simple question “Is it still funny?” If tragedy plus time equals comedy, what does comedy plus time equal? More comedy? Or, if the laughs don’t come as you remembered, tragedy again?

It’s like that old saw about never stepping into the same river twice. Comedies are constantly changing, at least in relation to you. So what does it mean for a comedy to be funny still? Does the passage of time — and the corresponding changes in popular tastes — make it inevitable that humorous works be received differently than when they were unveiled?

I recently showed my daughters another touchstone comedy of my childhood: Michael Ritchie’s 1976 film “The Bad News Bears.” I figured they’d appreciate its girl-empowerment aspects, as well as the antics of those scrappy underdogs.

Of course, the first time I saw it was before every sports movie was working the misfits-band-together angle. That was also a time when a mainstream comedy could unashamedly present kids smoking, swigging beers and spewing racial epithets. The bad behavior, including that of Walter Matthau as the drunken coach, gives the movie its teeth, but it also prompts much parental context setting now that my own parents never provided. Richard Linklater’s 2005 remake adjusted to the times and may be that astute filmmaker’s least intriguing work.

When Mel Brooks’s “Blazing Saddles” came out in 1974, the sight and sounds of cowboys passing gas around a campfire was about the funniest thing ever. But fart humor now? No longer so novel, which isn’t to say you don’t still laugh at that scene. Same goes for the movie’s breaking-the-fourth-wall Hollywood studio ending, which was insane at the time but would feel at home in the current meta-/postmodern entertainment era. What is startling, perhaps even more so now, is the frank racial humor contained in the screenplay co-written by Richard Pryor. Our sensitized modern ears are not used to hearing the N-word and seeing racism portrayed in a broad-audience comedy.

The most painfully funny movie I’ve ever seen is “The Heartbreak Kid,” directed by Elaine May and from a Neil Simon screenplay, with Charles Grodin as a newlywed who, while on his honeymoon, brutally ditches his Jewish wife (Jeannie Berlin) for Cybill Shepherd’s blond, gentile ice queen. I first saw it years after its 1972 release, and even now it stings.

Yet when the Farrelly brothers remade “The Heartbreak Kid” in 2007 with Ben Stiller as the husband, they did what modern filmmakers do as they try to reach the widest audience possible: They made it easier to root for the lead character. The wife, played by Malin Akerman, became an annoying cokehead, while Michelle Monaghan’s “other woman” was warm and appealing. The Farrellys also discarded the thorny religious/cultural subtext; heaven forbid anyone should be made to feel uncomfortable. The movie felt dated upon its release.

Anchoring comedies with morally questionable figures has become more of a television thing. “The Larry Sanders Show,” Garry Shandling’s standard-setting send-up of a neurotic late-night television host and the venal yet relatable characters surrounding him, is so unflinching in its writing and precise in its portrayals that it feels just as sharp today as during its 1992–98 run. (RIP, Mr. Shandling.)

“Larry Sanders” is perched high on the comedy-of-discomfort family tree that has since spawned such reality-evoking series as “The Office” (British and American), “Curb Your Enthusiasm” (which, granted, also owes a hat tip to “Seinfeld”) and “Veep.” Yet such characters may be traced, in a different form, back to Carroll O’Connor’s bigoted Archie Bunker at the center of Norman Lear’s groundbreaking sitcom “All in the Family” (1971–79).

I imagine that if “All in the Family” debuted today, instead of being videotaped before a live audience it would be filmed with a single camera for HBO, and the performances would be dialed down a notch. To me, a laugh track instantly dates a sitcom, though the folks in charge of the current, popular CBS comedy lineup no doubt would disagree.

When we revisit comedies after many years, we may feel like we’re experiencing some aspects anew, but familiarity also plays a role in our responses. Laughter is akin to a surprise reflex — something hits you in a way you weren’t expecting, and you react. Rarely does a joke land on the funny bone as hard the second time.

Yet I’ve seen “Monty Python and the Holy Grail” so many times that at this point my enjoyment of its best jokes and gags is akin to seeing a great band play my favorite songs: “It’s just a flesh wound”; the killer bunny; “Your mother was a hamster, and your father smelt of elderberries”; the Knights Who Say “Ni”! Instead of being surprised by these comedic highlights, I’m anticipating them and then appreciating how they’re executed in a way that is, yes, still funny.

Maybe that’s the definition of a classic comedy: a movie that makes you laugh just as hard even when you know the jokes. The Coen brothers’ “The Big Lebowski” (1998) is funnier once you get past the “What the hell is this movie?” reaction to savor the stupefied reactions of The Dude (Jeff Bridges). And despite it being revered as one of the all-time-great screwball comedies, when I first saw Howard Hawks’s “Bringing Up Baby,” I found it to be silly and slapsticky in a way that wasn’t my bag. Ah, it’s from 1938, way before my time.

Then I saw it again, and hey, what a hilarious movie! Suddenly I was delighting in the fast, fizzy interplay between Katharine Hepburn’s dementedly headstrong heiress and Cary Grant’s ever-flustered paleontologist. Maybe it takes multiple viewings to process all that’s coming at you, but the key likely lies in latching on to the characters. These two personalities are so combustible together that you just want to see them keep popping off. Some of the best moments are throwaway lines, such as Hepburn’s Susan walking lopsidedly after losing a shoe and declaring, “I was born on the side of a hill!”

So it’s all about character — except that the 1980 Zucker-Abrahams-Zucker spoof “Airplane!” also tends to rank high on those funniest-movie lists, and that’s a machine-gun spray of gags. You don’t consider anyone’s motivations when you’re cracking up at “and don’t call me Shirley” and “Looks like I picked the wrong week to quit sniffing glue.”

Woody Allen has been known to dismiss his “early, funny ones,” as his 1980 roman-a-clef “Stardust Memories” put it, and I must admit, the last time I revisited “Sleeper” and “Love and Death,” they felt pretty shaky overall (though “Bananas” still cracked me up). In a 2000 interview with me for the Chicago Tribune, Allen compared his 1969 bank robbery movie, “Take the Money and Run,” to the one he was promoting at the time, “Small Time Crooks.” The former, he said, “was gag gag gag gag gag right through,” and “operated strictly on its jokes,” whereas the new one drew laughs from its characters, resulting in, potentially, “a more satisfying meal.”

Of course, a decade and a half later, few would choose to revisit “Small Time Crooks” over “Take the Money and Run.”

So where does that leave us? What is still funny?

To me, the Marx Brothers are, but the Three Stooges aren’t, though I know many would disagree. Harold Ramis’s “Groundhog Day” (1993) remains brilliant, hilarious and profound. I’m not so sure about “Ferris Bueller’s Day Off” (1986) or, really, any John Hughes movie. I suspect Judd Apatow’s “The 40-Year-Old Virgin” (2005) and “Knocked Up” (2007) will have staying power, as has his short-lived TV series “Freaks and Geeks” (1999–2000); all are smartly character driven. You won’t find me racing to see how Seth MacFarlane’s wildly popular “Ted” has held up.

At any rate, making movies or TV shows that are funny now is hard enough. Imbuing them with lasting appeal is something of a miracle. I guess that’s why so many comedies have won Oscars.

Oops, that’s a whole other can of worms.

Mark Caro, who wrote about entertainment for the Chicago Tribune for more than 25 years, is presenting the inaugural “Is It Still Funny?” film series at Chicago’s Music Box Theatre on consecutive Tuesdays from April 12 to May 3. The movies include “National Lampoon’s Animal House,” “Blazing Saddles,” “Duck Soup” and “There’s Something About Mary.” They’re all still funny, right? Twitter @MarkCaro

After All These Years, Are These Movies Still Funny?