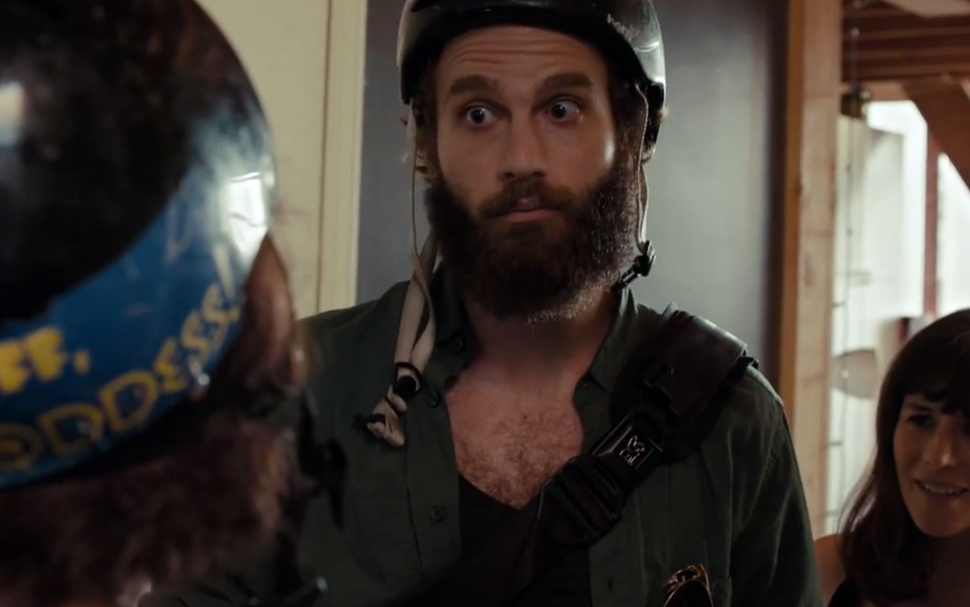 We Shall Not Look Upon His Like Again: Ben Sinclair stars on HBO’s “High Maintenance.” Image by HBO

It’s ironic that “High Maintenance,” a new HBO series about a New York City pot dealer, appears just as its subject is about to become a thing of the past. As marijuana legalization spreads across the country, buying weed will soon be no sketchier than getting frozen yogurt. But even if “High Maintenance” is a dose of pre-emptive nostalgia for the pre-legalization era, it’s also a tribute to its beardy salesman, and the community he represents. There are 8 million stories in the naked city, and a lot of them are about getting stoned.

“High Maintenance” has been around since 2012, when Katja Blichfeld and Ben Sinclair, who also portrays the main character, created it as a web series. In the six three-episode seasons, we saw everyone from an uptight assistant buying weed for her boss to a cancer patient trying pot for the first time and a housebound agoraphobic who orders drugs that he doesn’t smoke — because he has a crush on the dealer. Although these people rarely interact with one another, Sinclair’s character is the glue that holds them all together, the connective tissue of a loose urban community.

The HBO version sticks to the same basic formula, albeit with some modifications. Whereas the web series consisted of loose vignettes of variable length, the HBO version is the standard half-hour. And while the web series flitted in and out of its characters’ lives, the new show tends to focus more intently on one set of people at a time.

In the first episode, airing September 16, the show returns to a young gay man and his female best friend, who are identified in the dealer’s phone only as “Assholes.” Although that epithet is still true, we now get to meet them as people filled with their own insecurities rather than just as amusing city stereotypes. There is even a moment where one of the “assholes” bemoans his role as a “gay clown” in his friend’s life — a charge that might have been leveled at the show’s portrayal of the character in the first place. If there’s one quality “High Maintenance” doesn’t lack, it’s self-awareness.

This is especially true when it comes to race. While the overarching premise of the show is that Sinclair’s weed delivery character is a link between a diverse swath of New Yorkers — “A city full of strangers with one connection,” as the show’s tag line puts it — in the web series those people tended to be white and at least middle class.

Not that “High Maintenance” was totally lacking in diversity. Previous characters included everyone from an overweight security guard who gets set up with the cancer patient to an asexual magician who plays “Dayenu” on the guitar at his family’s Passover Seder. (Naturally, Sinclair shows up just as they’re opening the door for Elijah.) But characters of color were few and far between, with the notable exception of comedian Hannibal Buress, who appeared as himself.

The HBO show, in contrast, makes a concerted effort to be diverse. Now there’s a Muslim college student rebelling against her family’s strictures, and Chinese immigrants who run a recycling center. There’s even an episode where Sinclair’s character agrees to be interviewed by one of his clients, who immediately starts grilling him about race and its effects on his profession.

This attention to ethnic diversity and the race-related consequences of marijuana prohibition is admirable, although sometimes a bit heavy. While the web series succeeded thanks to its light, whimsical touch, the HBO version sometimes seems to collapse under its own weight.

But there’s no denying the charm of Sinclair’s beardy character, a Hermes on two wheels spreading good vibes wherever he goes. There’s something fundamentally American about him — a self-made figure who carves out a marginal but freewheeling life on the edge of respectability. In another time he might have been a traveling salesman in a Mark Twain novel, plying his trade up and down the Mississippi.

This is a romantic view, of course. It’s easy to be nostalgic for the perfect pot dealer rather than for the many less charming specimens that are out there. And even if such characters do become a thing of the past, that’s a small price to pay to end the harm caused by overzealous drug laws, especially to people and communities of color.

But there’s something to be said about a more person-to-person past, when buying weed truly required you to have a connection. For better or worse, the days of the friendly, sweaty, bike-riding weed guy are just about over. Pretty soon we’ll just have a TV show to remember him by.

Ezra Glinter is the critic-at-large of the Forward and editor of “Have I Got a Story for You: More Than a Century of Fiction From the Forward” (W. W. Norton, 2016). Contact him at glinter@forward.com or follow him on Twitter @EzraG