The Secret Jewish History of Planet of the Apes 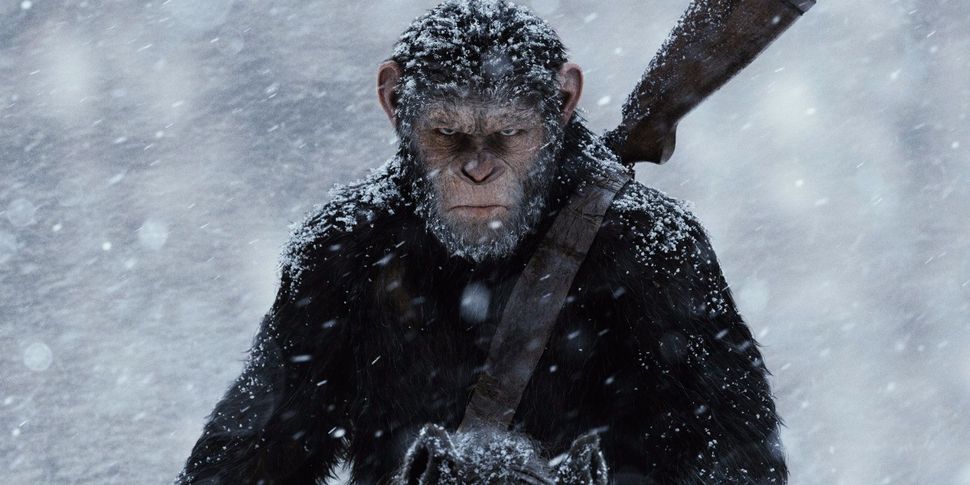 Planet of the Apes

Spoiler Alert: If you don’t want to know how “War for the Planet of the Apes” ends, you probably should stop reading this article halfway through.)

A long time ago in a galaxy far, far away, a science-fiction movie pitting humans against non-human enemies was unleashed upon the world, and from that moment on, the world — or at least the movie business — was forever changed.

I write, of course, about the 1968 film “Planet of the Apes.” The success of that movie, which was based upon a 1963 sci-fi novel by French author Pierre Boulle called “La Planète des Singes,” would create the first entertainment “franchise,” which included movie sequels, a TV series, an animated TV series, comic books, merchandise, successive remakes and reboots, and even fan conventions.

“Star Wars” was nothing without the path blazed by “Planet of the Apes.”

Almost 50 years later, we continue to feel (and maybe enjoy) the lingering effects of the original film. The third movie in the most recent “reboot” of the “Planet of the Apes” franchise, “War for the Planet of the Apes,” was released to critical acclaim last month. It continues the saga of Caesar, a Prophet-like chimpanzee leader (played by performance-capture actor Andy Serkis of “Gollum” fame). Caesar’s mission is to lead his people to a place where they can live in peace, immune to the fanatical violence inflicted upon his race by the humans who remain on a mostly depopulated Earth.

From the beginning, the “Planet of the Apes” series has used allegory to explore issues of race relations, the Cold War, the Sixties counterculture, animal rights, and nuclear annihilation. The films have been nuanced in their portrayal of humans vs. apes. They don’t merely pigeonhole apes as victims and humans as persecutors; there are good and bad among both species. And apes themselves have a hierarchy: gorillas lean toward brute violence; orangutans are cynical politicians; and chimpanzees are intellectuals – doctors and scientists, pacifists who obey the “sacred scrolls” handed down by “the Lawgiver.” Chimpanzees, in other words, are the Jews of “Planet of the Apes.”

Nowhere does this dynamic play out more overtly than in “War for the Planet of the Apes.” Woody Harrelson, as “the Colonel,” is a Fuhrer-like figure leading a rogue tribe of goose-stepping humans. He demonizes all apes as he enslaves and tortures them, ultimately bent on ridding them from Earth. The chimp leader Caesar – who survived a massacre of his brethren in “Rise of the Planet of the Apes” with the help of a kind scientist who then raised him as his own (read: Moses in the bulrushes, raised by Pharaoh’s daughter) — winds up imprisoned in a labor camp run by the Colonel (named so in a nod to Marlon Brando’s Colonel Kurtz in Francis Ford Coppola’s “Apocalypse Now,” which gets overtly referenced in wall graffiti reading “Ape-ocalypse Now.”) The imprisoned apes are worked nearly to death in a Sisyphean-like project lifting and moving huge boulders in order to build a wall (shades of you-know-who) to defend against a remaining band of good humans who want to defeat the Colonel in all his madness.

The labor camp includes its own hierarchy of apes, some of whom function as kapo-like supervisors, gaining special treatment in the service of the Colonel in exchange for beating prisoners and forcing them to work. A small band of Caesar’s partisans who are operating outside the camp, however, find a way to free the apes held inside, but not before Caesar himself succumbs to 30-or-so lashes followed by being hung upon a cross-like device. The filmmakers draw promiscuously from religious history; Caesar is as much a Jesus as he is a Moses. While he is still in the camp, his right-hand man Maurice asks rhetorically, “What would Caesar do?”

In the final battle between Caesar and the Colonel, the former defeats the latter using a Samson-like method of self-sacrifice, which he survives, albeit wounded, but alive enough to lead the freed prisoners to the Promised Land, where they will presumably live in peace (at least until the next film in the series is released). Having had to resort to violence along the way, in violation of his own credo, “Ape not kill ape” (shades of Moses and the Egyptian before him), Caesar himself, however, can’t enter ape-Zion, but only view it from afar.

The Secret Jewish History of Planet of the Apes