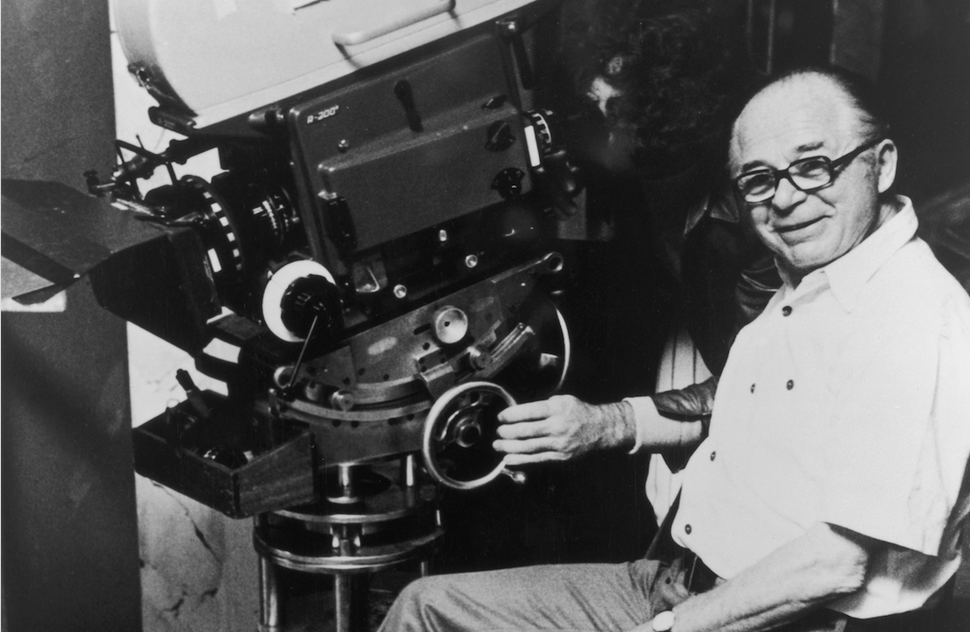 Picture if you will the screenwriter: hunched over a keyboard, mainlining caffeine, nicotine, alcohol, or all of the above, exploited by a stupid and greedy industry, but rebelliously, vainly proud. And very often, Jewish.

Vulture has paid homage to the humble screenwriter, compiling a grand, ranked list of the 100 Best Screenwriters of All Time. To accomplish this considerable task, they polled some of the most prominent names in the industry, including Judd Apatow (“Knocked Up”), Paul Schrader (“Taxi Driver”), Sofia Coppola (“Lost in Translation”), and Jordan Peele (“Get Out”).

Perhaps unsurprisingly, the Chosen People made a strong showing. The top spot was claimed by Billy Wilder, the Austro-Jewish refugee who both penned and directed the likes of “Sunset Boulevard” (1950), “Some Like It Hot” (1959), and “The Apartment” (1960); while Joel and Ethan Coen captured the second. Also placing in the top 10 were William Goldman (number 6), Charlie Kaufman (number 7), Woody Allen (number 8), Nora Ephron (number 9), and Ernest Lehman (number 10). The list is positively packed with people doing the tribe proud: From Buck Henry (number 21) and Joe Mankiewicz (number 23) to Stanley Kubrick (number 18) and Steven Spielberg (number 68).

Yet from the critical perspective, the list feels somewhat arbitrary in a way that’s necessarily connected to the peculiarities of screenwriting. To pick the greatest directors is more or less straightforward: You simply choose whoever directed the best films. But the screenplay is a more elusive beast. The script represents the messy, still unformed conception of a project – the possibilities that it allows are as important as what it contains. Vulture quotes Hitchcock, “To make a film you need three things: The script, the script, the script;” but the difficulty with the project is better summed up by a line from “Rebel Without a Cause” director Nicholas Ray: “It’s never all in the script. If it were, why make the movie?”

Accordingly, the list feels less reflection of the best writing –– something that remains pivotal in film, the cult of the director notwithstanding –– and more like a representation of the most impressive careers. This, in many ways, is as much a matter of branding as writing, rewarding those writers who manage to create a signature for themselves in their scripts. This group, perhaps counterintuitively, includes directors. Billy Wilder and the Coens are both known, among other things, for their memorably acerbic dialogue. In addition to being writer-directors, they are writer’s directors.

However, screenwriting is as much a question of crafting images as verbiage, something that Vulture’s list has difficulty reflecting. This has largely to do with the conception that the director should be held responsible for everything visual, but many of the most striking visions of David Lynch (number 60) or Orson Welles (number 41) begin on the page. Unsurprisingly, both filmmakers produced considerably better films than many of the more highly ranked writers, a fact not disconnected from their work as writers. If nothing else, the list shows that even screenwriters have difficulty evaluating screenwriting.

The list also makes some fairly glaring omissions. The French came up with the influential “Auteur Theory,” and in doing so cemented the director as a film’s accepted author. Perhaps in retaliation, the Vulture’s group of screenwriters shut them out entirely. This is particularly galling as the French film industry is the one that values writing more than any other, to the point where almost all of its most celebrated talents all make the literary side of their work a central part of their creative identities. Nonetheless, pioneering writer-directors Jean Renoir and Robert Bresson were conspicuously absent. As was the whole of the New Wave, including Jean-Luc Godard and Éric Rohmer, the latter possibly the most successfully literary of all filmmakers. Other foreign legends received similar treatment. Japanese screenwriters Yoshikata Yoda and Kogo Noda, renowned for their collaborations with Kenji Mizoguchi and Yasujiro Ozu, respectively, were excluded as well.

As is so often the case with lists of this sort, women were treated poorly. The legendary Leigh Brackett, for instance, whose career includes everything from “Rio Bravo” (1958) to “The Long Goodbye” (1973) to “The Empire Strikes Back” (1980), found herself one spot behind the “Hunger Games” director Gary Ross, who wrote “Pleasantville” (1998). There’s also a predictable recency bias, excluding studio stalwarts like the indefatigable Anita Loos (“Gentlemen Prefer Blondes”) and Ernst Lubitsch’s trusty scribe Samson Raphaelson, whose work encompasses some of the finest examples of Hollywood’s wit, including “The Shop Around The Corner,” written alongside the director, as well as Hitchcock’s “Suspicion” (1941).

Still, after a point it makes less sense to nitpick a list with few if any consequences than to simply celebrate that deserving talents are getting some recognition. In that spirit, it’s nice to see some love for Albert Brooks (number 38) and Elaine May (number 42), as well as some general recognition of the achievement of Jews in the field of screenwriting. Barton Fink, that memorable creation of the brothers Coen (silver medalists!), would be proud.