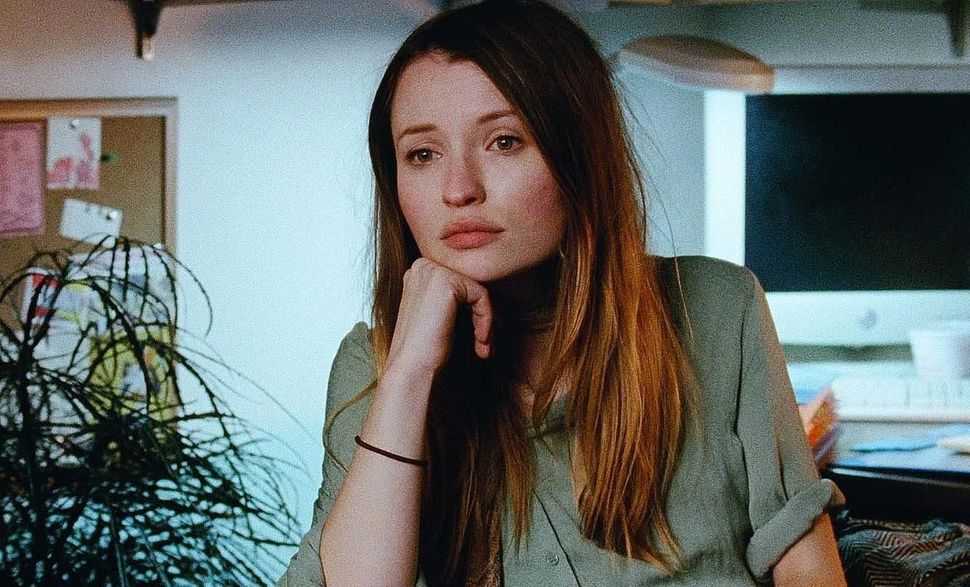 “Some people would find it stifling or, you know, contained, but I love it. It’s thrilling, for my whole life to exist in one small zone,” Nick muses to Naomi, a visitor from out of town shortly into Alex Ross Perry’s “Golden Exits.” Like Nick, the film is nestled snugly into a well-defined portion of real estate, specifically the chic corner of Brooklyn where Cobble Hill blends into Carroll Gardens into Gowanus. It’s a rather provincial movie, fixated on the cloistered lives led by many in this most cosmopolitan and expansive of cities. In tune with its particular vision of the town, it opens with Naomi singing an a capella rendition of Ace Frehley’s “New York Groove,” trading that song’s man-about-town swagger for a soft, plaintive vulnerability.

Nick (played by Adam Horovitz, also known as the Beastie Boys’ Ad-Rock) and Naomi (Emily Browning), who’s in town from Australia to work as Nick’s assistant as he labors over the archives of his deceased father-in-law, are just two out of the eight characters who populate “Golden Exits.” Nick is married to Alyssa, a tightly coiled psychotherapist played by Chloë Sevigny at her iciest, and his project is overseen by her contemptuous sister, Gwen (Mary Louise Parker). Naomi also makes contact with her childhood acquaintance Buddy (Jason Schwartzman), a sound engineer married to his younger employee Jess (Analeigh Tipton). Connecting the two families, Jess’s thirty-something older sister Sam (Lily Rabe) works as Gwen’s personal assistant.

“Golden Exits” makes use of the sort of network narrative that Robert Altman excelled at and that enjoyed a certain middlebrow vogue following the success of Paul Haggis’s 2004 Oscar-winner “Crash.” Yet while these movies usually trade on serendipitous encounters and microcosmic sweep, “Golden Exits” has neither. Its characters’ milieu is too closed off and specific to represent the city, the borough, or even the neighborhood. The web of interdependency that connects them also holds them tightly IN place. Their relationships form a larger atomic structure, while each constituent part quietly laments its own diminished charge.

With five features under his belt by the age of 33, Perry has already forged an immediately identifiable style. A happily wordy filmmaker, Perry’s characters speak in dense paragraphs, though their often-cruel frankness does not necessarily denote honesty. Like Woody Allen, he’s a dedicated chronicler of the discomforts of the comfortable — not for nothing does the word “lifestyle” recur throughout “Golden Exits” — working in the area between drama and comedy. His 2001 “The Color Wheel” is a screwball comedy of a peculiar sort, while “Listen Up Philip” (2014) couched its zingers in a self-consciously novelistic variation on Rothian themes. His most recent film, “Queen of Earth” (2015) brought his verbal jousting into the nervy territory of the psychological thriller, though it retained a sardonic comic edge. In contrast, Perry says that he conceived “Golden Exits” as a more laid back affair, describing it in an interview with Filmmaker Magazine as his “mellow drama.” It takes place over a few weeks starting in mid-April when the city is at its sweetest, and displays Brooklyn in bloom with some affection.

If “Golden Exits” might seem light on plot, its characters similarly fret over a lack of narrative momentum in their lives. In place of this forward thrust, language becomes a sort of action unto itself, and how a viewer’s enjoyment of the film will to a significant degree hinge on how they feel about Perry’s writing style. To my ear, his experiments in exegesis and unusual syntax can sound overwritten when played straight, but as the movie progresses, a certain rhythm emerges that helps to compensate for lines that might have benefitted from an editor. It helps that Perry is an inventive builder of dialogue scenes. The camera captures conversation between Schwartzman and Browning through a reflective glass panel without drawing too much attention to the device.

Multiple scenes benefit from smooth, deliberate camera movements, the product of the fruitful relationship between Perry and his longtime collaborator, Sean Price Williams. The auteur DP of New York independent film, Williams here exchanges the heavy psychedelia of his work on last year’s “Good Time” and “Thirst Street” in favor of something subtler and statelier. A Brooklyn bar is still saturated with hues out of an expressionist painting, but he also captures the April sunlight and accents his frames with vibrant swatches of color. Perry’s regular editor Robert Greene is also along for the ride, while composer Keegan DeWitt contributes a probing, impressionistic score.

But even if the palette is bright, the characters’ outlooks aren’t. Alyssa is still wounded from an affair that Nick carried on with a previous assistant, and Gwen all but detests him outright. After filling his previous films with extended streams of consciousness well suited to analysis, Perry finally has a character who’s an actual psychologist (Kate Lyn Shiel, who delivered the first of these soliloquies in the director’s 2009 debut “Impolex” has a cameo as one of Alyssa’s patients), though the real therapy takes place as Sam unloads the weight of her pre-midlife crisis onto her mostly supportive sister. “I want to see contrasts between myself and somebody fifteen years my senior, and there are shockingly few,” she kvetches. This feeling of rudderlessness pervades the film, recalling Allen’s assertion in “Annie Hall” that a relationship is like a shark: “It has to constantly move forward or it dies.” The characters in “Golden Exits” seem to have realized, sometimes with horror, that even stagnant relationships live on.

Upon her arrival, Naomi is treated by the Brooklynites with a mix of fascination and suspicion. Unattached, exotic, and youthful, she embodies the traits that the other characters can feel slipping away as they move towards (or farther into) middle age. She’s also beautiful in an otherworldly way, making her an object of both fascination and ire. “A deathtrap for losers,” remarks Nick. Nonetheless, he later tries to put the moves on her, a scene that Perry tensely cuts short in media res. Though the film premiered at Sundance in the naïve days of January 2017, it still feels relevant to more current conversations about sexual harassment and abuse. Some of these echoes are extratextual – Horovitz recently offered his support to a group of women who had accused his father, playwright Israel Horovitz, of using his position as a mentor to assault them. The embittered Nick’s caustic treatment of Naomi after this encounter is less outrageous but still plenty insidious.

While the other characters might envy her in certain ways, Naomi is ultimately left isolated and uncertain. They bemoan the fixity of their lives, but hers is a different sadness. As the movie progresses, the characters subtly closes ranks, the mysterious operations of a social organism that none of them quite have the perspective to understand. Regardless, its workings are incontrovertible. The outsider remains on the outside, while the others go back to their well-tread New York grooves.