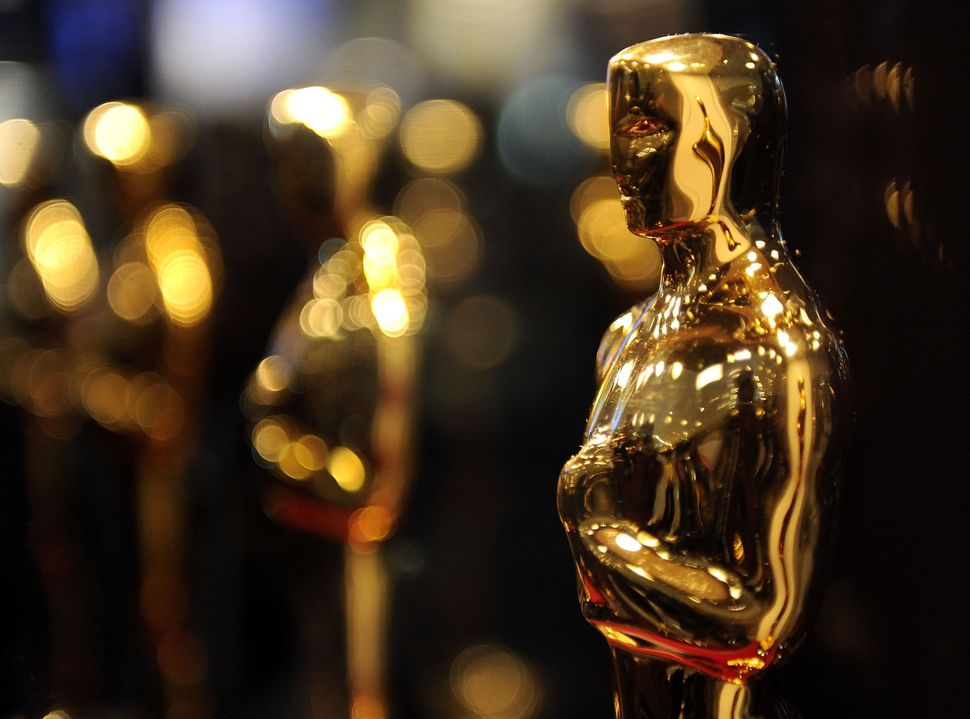 Chances are, come March 4, you will be ensconced in front of your television watching the 90th edition of the Academy Awards, though chances are there will be fewer people watching this year than last year or the year before that or the year before that, since Oscar ratings have been steadily declining. The Motion Picture Academy tried to repair those sagging ratings eleven years ago by expanding the number of Best Picture nominees to create more rooting interest, an apparent reaction to the exclusion of “The Dark Knight,” which was both an artistic triumph and a crowd pleaser but a comic book movie nevertheless. If the effort hasn’t succeeded, it is in part because Academy voters seem more fixated than ever on the kind of simple, serious, ponderous social message pictures — what the critic Dwight Macdonald once described as “midcult” after middle brow culture — that shout their good intentions, but that neither juice an audience nor wrestle with the imponderables of life that make for real art.

Why this fixation? Well, to cut to the chase, it is possible that our Jewish liberal conscience is ruining the Oscars by substituting political judgments for aesthetic ones, promoting well-meaning pictures over well-made and thoughtful ones.

No Jew is as proud of the liberal Jewish conscience as I am. It is one of our greatest attributes, and it has bettered this country in innumerable ways. And no Jew is more proud than I of the accomplishments of the largely Eastern European Jewish immigrants who founded the American film industry and set its course, and who, along with Jewish producers, directors, writers and actors endowed our movies with heart and soul and even art.

These two things — Jewish conscience and the Jewish-led movies — merged when a cadre of writers, many of them Jews and many of them lefties, flocked to Hollywood from the East with the advent of the talkies. “Millions to be grabbed out here and your only competition is idiots,” screenwriter Herman Mankiewicz wrote his friend Ben Hecht. These writers turned Hollywood into an enclave of progressivism, both on-screen and off. On-screen, an entire studio in the 1930s, Warner Bros., was dedicated to the dispossessed. Off-screen, organizations like the Anti-Nazi League, the Motion Picture Artists’ Committee, and, yes, an active cell of the communist party, promoted progressive values. Hollywood’s politics is what would make the industry so susceptible to red baiting and to the inquisition of the House Un-American Activities Committee. It was also what made the movies socially engaged and politically relevant.

It is something of an irony that the Motion Picture Academy of Arts and Sciences, which awards the Oscars, was formed in the late 1920s, after these Jewish writers began landing in Hollywood, largely to divert union organizing there on the basis that “artists” should belong to guilds, not labor unions. And it is ironic, too, that the Oscars were devised by MGM head Louis B. Mayer as a sop to those artists — a way to reward them with prestige rather than dollars.

Mayer certainly understood his constituency. Honors were important to filmmakers, who aspired to be considered artists. The typical Oscar-winner in the old days was not a political film or a message picture, but a film with big dramatic ambitions. Just look at some of the honorees in the 30s and 40s: “Grand Hotel,” “Mutiny on the Bounty,” “Gone With the Wind,” “How Green Was My Valley,” “Casablanca,” “Mrs. Miniver” and “Hamlet.” These were films intended to attest to the industry’s taste, such as it was, not its morality or its political rightmindedness.

None of this is to say that in a community frequently dedicated to broadcasting its own moral magnanimity, social conscience didn’t come to play a role in the Oscars, often a big one. A creaky, sanctimonious movie like “Guess Who’s Coming to Dinner?{ would have never been nominated otherwise, and a forgettable but progressive film like “In the Heat of the Night” that same year would have never won over “The Graduate” or “Bonnie & Clyde,” two clearly superior films, if it didn’t. Nor is it to say that a conscience-driven movie or a political one can’t also be a good movie. Morality and aesthetics aren’t so easily separated. It is to say that aesthetic criteria have gradually yielded to extra-aesthetic criteria and that the good has often yielded to good intentions. Samuel Goldwyn once said, famously, “If you have a message, call Western Union.” Now a film without an overt social message is virtually disqualified from winning an Oscar — sorry, “Lady Bird” and “Phantom Thread” — and the film with the most overt message is likely to win. This year’s new favorite is “The Shape of Water,” a film about difference that is about as subtle as a sledgehammer.

The turning point, I think, may have been the 2006 Best Picture winner, “Crash,” an episodic catalog of Los Angeles racism that practically ended with a chorus of “Kumbaya,” and that is almost certainly the most reviled selection in the Academy’s history. Since then other patently socially-conscious pictures — “12 Years a Slave,” “Spotlight,” and “Moonlight” — have been canonized. The trend is unmistakable.

In fact, the snafu over the envelopes at last year’s Oscars seemed a perfect metaphor for the aesthetics/message tussle. Whatever one might think of the respective merits of the two pictures, when the favorite “La La Land,” a film with no political or social pretensions, lost to Moonlight, a film dripping with political and social pretensions, it was the Academy’s, and the industry’s, way of declaring that it was more determined to be on the right side of history than on the right side of art.

The larger point is that the best picture winners are no longer those that are likely to challenge us or enlarge us, as art does, but the ones that are most likely to reinforce our inclinations and shrink us. And the process has become so politically inflected that there is now likely to be a backlash against movies that don’t play to our predispositions. “Three Billboards Outside Ebbing, Missouri,” an early Oscar favorite about America’s social dysfunction, has triggered a backlash because a dim-witted, misanthropic deputy sheriff, played by Best Supporting Actor nominee Sam Rockwell, is allowed a dram of humanity and redemption, which apparently violates some political aesthetic.

I don’t want to lay all of this at the feet of liberal Jews, especially since I happen to be one myself. But to the extent that Hollywood, creatively speaking, is disproportionately Jewish, and to the extent that the Jewish conscience is a Hollywood inheritance, this is a Jewish issue as much as it is a Hollywood one, and if we are going to exult in the power of Jewish morality, as I do, we have to accept some of the blame for its displacement.

This too is a matter of good intentions run amok. I suspect that Hollywood is especially conscience-stricken these days because of what our monstrous president has wrought in the country, and because of the monsters, like Harvey Weinstein, within the industry itself. The salve for those wounds, both nationally and industrywide, is a bold declaration of decency, in which Jews often take the lead because we understand injustice as well as anyone and suffer from a guilty conscience as much as anyone. Sanctioning movies like “Call Me By Your Name” or “Get Out” or “The Darkest Hour” or “The Post” or “The Shape of Water” make that declaration.

So what we will be seeing March 4 is less an awards ceremony than a public exercise in expiation through a celebration of political correctness. It is a way for the industry to assert itself in the public debate, to wash away its (and America’s) sins, and to demonstrate that it stands with the righteous, which is all well and good. But, as much as I sympathize with these politics and share them, I think it is a hell of a way to choose our best movies, and it has turned the Oscars into a dull, self-satisfied contest of moral “can-you-top-this” that denies human complexity for posturing and art for politics. I’ll be rooting for “Lady Bird.”