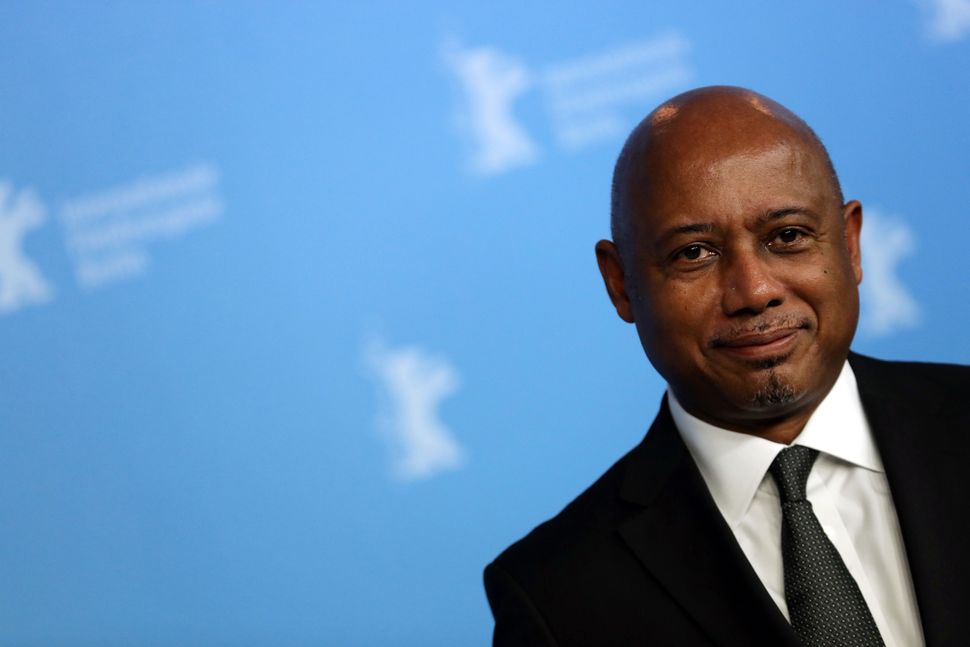 Raoul Peck’s latest film, “The Young Karl Marx”, is above all a story of clashing ideas. The film follows adversaries-turned-best-buds Marx and Friedrich Engels as they attempt to both understand and subvert the capitalist system. Inevitably, the film traces the conflicts that arise when radical thinkers try to change the world.

The material may sound staid, but “The Young Karl Marx” is more enthralling than a historical drama that mentions Hegelian dialectics has any right to be. Perhaps that’s because Marx’s analysis of class and society remains so relevant today, a point that the film’s end-credits, a romp through footage of 100 years of anti-capitalist insurrections to the tune of Dylan’s “Like a Rolling Stone,” drive home.

But the film’s entertainment value is as much a testament to Peck’s filmmaking prowess as to its subject’s timeliness. Just as in his 2016 documentary about the work of James Baldwin, the Oscar-nominated “I Am Not Your Negro,” Peck finds the man underneath the myth, and tells a tight, coherent story without sacrificing historical accuracy.

I spoke to Peck about his fondness for Marx as a young student in Berlin, his views on Marx’s fraught relationship to Judaism and the potential for Marx’s ideas to gain traction in the late-capitalist techno-dystopian fever dream known as the United States in 2018. Read an edited version of that conversation, below.

Sam Bromer: Why make a film about Marx now?

Raoul Peck: The idea of making a film like this is to have different layers, so that somebody who has no clue who Marx was can get a kick from the film.

The more you know, the more you will get out of the story. It helps to know the history, but you don’t really need it.

Your film tells the story of a group of young revolutionaries who want to change the world. You yourself were immersed in a sort of international revolutionary milieu when you were studying in Berlin. Could you talk about that time and how it shaped you and informed this film?

I wouldn’t use the word revolutionary, because it was my daily life. I was living in Berlin, which was a city where a lot of people were fighting at home, whether it’s my friends from the ANC [African National Congress] who were fighting apartheid — most of them in exile — my friends from Chile, from Nicaragua, El Salvador, my Iranian friends. Some of them got killed when they went back with [Ayatollah] Khomeini.

So at that time it was always about how you cultivate yourself, how you learn more about the world: How the world functions, how the economy functions, how society functions. I profited a lot off that. One of the biggest names of the time was Karl Marx. I went to the Free University [of Berlin] where I did four years of “Capital” because it was just what you did at the time.

So you took mandatory seminars on “Capital?”

No, it was voluntary. It was at the Psychology Institute from the School of Frankfurt. They thought, well, you can’t treat people sick of society and cure them and send them again into that society without understanding their surroundings — what is the cause, where does it come from. So the psychologists had to learn about capitalist society.

That’s not really an approach that’s taken here in the U.S., in terms of psychology. It’s very much about trying to diagnose what’s wrong with the individual rather than understanding broader structures.

And it’s the same for a rich person. You are rich, it’s not your fault, but you have to realize that you have more advantages. You go to the best school, you will get the best teachers, the ones who give you the right book to read. You don’t have to be scared of going home.

You’ve praised James Baldwin for his ability to stand back and see the long view of how black people have been dehumanized for centuries in the United States. Marx, on the other hand, attempted to understand how capitalism came about and how, in his view, capitalism will give rise to socialism. What do you think these thinkers had in common in terms of their approach to understanding history?

In terms of political views, I don’t see a big difference. Baldwin himself used Marx. For a year, he was a Trotskyist. In my film “I Am Not Your Negro” there is an incredible phrase that he wrote that I find wonderful because it’s typically Marxist analysis. He says “There is no white. White is a metaphor for power. It’s another way to say Chase Manhattan.”

So he was transmuting racial relations into class relations.

Exactly. Baldwin spoke about the fact that Martin Luther King and Malcolm X, they became dangerous to the system at the moment where they changed their agenda from a race agenda to a class agenda.

That struck a nerve.

Of course. If you start organizing this country not along racial lines, but along class lines, you are attacking the whole system.

On the topic of identity, I was wondering how you think Marx’s Jewish heritage plays a role in his ideology. In your film, there’s a scene where Marx confronts an industrialist about child labor and exploitation, and the man he confronts says —

Right. Marx has an interesting relationship with Judaism; his father is a Jew. But he pushed back against a lot of what he saw occurring in the Jewish community. So how do you feel Marx’s Jewish heritage affected the formation of his ideas?

Many critics of Marx use him as almost an anti-Semite. You know, the type of Jew who hates Jews. This is a false premise. He takes the gloves off. And yes, he wrote an article where he used the Jews in the context of Germany to say, “Yes, they’re all part of the merchant system.” But he didn’t use it in the sense anti-Semites used to use it.

In the film I had a scene that addressed that, because I knew that issue would come up. Still, recently someone said, “You did touch the fact that Marx was an anti-Semite.” No, I’m sorry … I can’t do your education. But it’s an easy way to get rid of Marx, of course.

In the film I had a scene where he comes back home. His father had died and his mother says, “I want you to see Rebbe so-and-so because he has a petition.” And they want him because his name is now well-known in his village. So there is a scene with Marx and the rabbi where they discuss the rabbi’s petition, and Marx says something like, “Well, I know I’ve been critical. But of course I will sign. Because it’s two different things that have nothing to do with one another.”

I cut the scene because the film was too long. But it’s a reality.

As Engels says in the film, Marx believed that you need to understand who your enemies are.

Right. What is your society? How does it function? What determines who you are? On what basis do you know [that]? All his research he could do because his knowledge of philosophy, sociology, history and politics was so deep.

He is one of the most brilliant people of his time. His teachers, when he was 19 would say of him, “if you want to meet Rousseau, Diderot, Voltaire, and Hegel at once, you should meet the young Karl Marx.”

In the film’s final scene, we see the printing press producing the Communist Manifesto. Yet you mentioned in an interview that you think that the tech products that we are so obsessed with are like “narcotics.”

Actually, I was referencing Baldwin, who called television “narcotic.”

Right. Do you think that technology has any potential to bring about revolutionary change, or does it simply serve as a distraction from inequality?

Technology itself doesn’t have any color. It’s what you do with it, and in what context you use it. The printing press democratized the whole world. Texts became available even for people [who] didn’t have money. But when it’s part of the system that uses it — when the content of the printing is not there to educate you but to keep you in, it doesn’t help.

It is the same with the Internet today.The first time I used the Internet, I was in college. That’s the only place you could use it. That was an incredible tool. I knew something was changing the day A.O.L. came, and you had to pay to get access. Marx had written against workers that have destroyed their machine. It’s a normal reaction. But ultimately it’s not the fault of this machine because this machine can bring you wealth.

Do you have a preference for documentary or narrative filmmaking, or is the choice always made in response to the story that you’re telling?

I came to cinema because of the content and my political engagement. I did a lot of projects where I did both documentaries and fiction films. With “Lumumba,” for example, and “Fatal Assistance,” I did a documentary and a fiction film because they address different types of content. For me, all of that is important. And I also used to say, I put documentary in my fiction. In “The Young Karl Marx,” it’s really true, 90 percent of it. And the other 10 percent is plausible.

Even the chase scene?

It’s plausible! In Paris you have 80,000 Germans. It was a time when Parisians were saying “the Germans came here to steal bread.” There were fights regularly between French and Germans. And the regime was repressive — you couldn’t write a letter from Germany to Belgium, or to France, without the police reading your letter. They were constantly trying to escape the police.