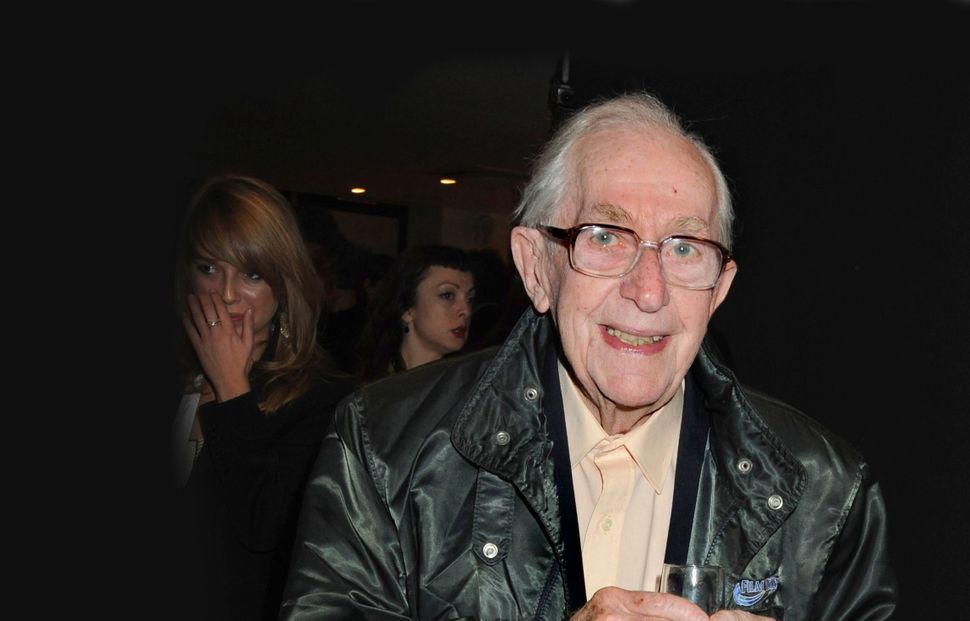 Lewis Gilbert, a beloved British film director whose oeuvre includes three James Bond films and “Alfie” (1966), which made Michael Caine a star, has died at 97, according to his son, John Gilbert, quoted in The New York Times.

Gilbert’s massive filmography includes rousing war pictures like “Sink the Bismarck!” (1960) and comedies like “The Admirable Crichton” (1957). In the popular imagination, his name is tied to his work on three Bond movies: The Sean Connery-helmed “You Only Live Twice” (1967), and Roger Moore’s “The Spy Who Loved Me” (1977), and “Moonraker” (1979).

But Gilbert was no mere studio mercenary: With “Alfie” (1966), his most critically lauded film, he explored British social dynamics and subversively placed a working class chauffeur at the film’s center. The actor who portrayed this womanizing protagonist was a young man named Michael Caine, who may not have had such a successful career contributing Cockney-inflected voiceover to “Batman” films had he not appeared in Gilbert’s classic.

Gilbert was born on the East End of London in 1920 to a Jewish family that was steeped in performance. His mother was a professional dancer who had met his father — who died when Lewis was young — in her dance troupe. Her Orthodox parents were not exactly pleased with her decision to pursue dance: As Gilbert once told the Jewish Chronicle, “One Christmas she entered a dance competition at the Lyceum and ended up winning a turkey, which my grandfather promptly threw out of the window.”

Ironically, while his mother was a performer, and even appeared in films later in life, it was Gilbert’s strict, yiddish-speaking Orthodox grandmother who was responsible for introducing him to the cinema. He told the JC, “She used to take me to the films, the silent films, but she couldn’t read the subtitles, so I had to read them for her.”

Gilbert first found himself behind the camera during World War II. He worked as a documentarian for the Royal Air Force, before being transferred to the U.S. Armed Forces’ Motion Picture Unit. After the war, he directed documentaries and war movies, including “Reach for the Sky” (1956) and “Sink the Bismarck!” (1960).

In 1966, “Alfie” was nominated for five Oscars — Gilbert was nominated for best director — and won the Grand Jury Prize at Cannes. After this successful effort, Gilbert was chosen to direct Sean Connery’s final Bond film, “You Only Live Twice,” (1967) in which 007 travels to Japan to avert a cold war nuclear catastrophe.

A decade later, he returned to the Bond franchise to direct a new 007, Roger Moore. On this project, as he wrote in his autobiography, Gilbert saw what the Bond films’ producers could not: Moore was a different kind of Bond, without the “animal grace” of Sean Connery, and needed more lighthearted, comedic scenes to play to his strengths. Thus, in “The Spy Who Loved Me” (1977), in which 007 travels to Cairo and Sardinia to avert the apocalyptic plans of a mad shipping tycoon; and “Moonraker,” in which Moore goes into orbit to battle genocidal fascists on a space station, Gilbert cranked up the camp and turned Moore into one of history’s greatest Bonds.

In the 1980s, Gilbert directed the second and third installments of what some film historians have called his “working class trilogy,” “Educating Rita” (1983) and “Shirley Valentine” (1989). The former stars Michael Caine as a cynical university professor whose passion for literature is reignited by Julie Walters, who plays a young working class student; both actors won Golden Globes for their performances.